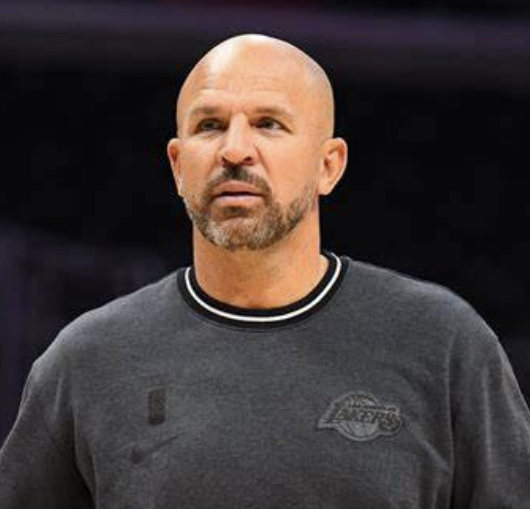 It didn’t take more than a day for Jason Kidd, newly hired head coach of the Dallas Mavericks, to take an unfair jab during media availabilities at his rockstar point guard Luka Dončić .  The art of communication has never been a forte of Kidd’s.  Just ask his first wife, Larry Sanders or Zaza Pachulia.  But this latest under-the-radar admission potentially indicates he didn’t learn as much as he said he did serving under coach Frank Vogel’s Lakers staff.

“I want to remind him that he can rely on his teammates,” said Kidd while comparing Dončić to a young Picasso.

Someone as talented and experienced as Kidd should know that it’s injudicious to criticize a player in front of the press.  Worse yet, when his reasoning is misguided and it’s the star of the team.

The only player on the Mavericks that can initiate the offense to take 10 eyes of Dončić while they share the court is Jalen Brunson.  The roadblock here is that Brunson is most effective in a reserve role and should probably see the court mostly when Dončić rests because of the group’s shortage of orchestrators. Dallas’ All-Star is burdened with scoring, facilitating and rebounding because the front office keeps striking out in Free Agency.

At Media Day, Dončić was asked about Kidd’s comments and said he agreed.  Yet what else can you say when the new boss is a reported verbal abuser and proven wife-beater? Dončić was possibly trying to start on a bright note after souring the relationship with the previous honcho (Rick Carlisle).

It must have been an uncomfortable situation for Dončić because disagreeing makes it a story on day one that the new coach and star player don’t see eye-to-eye.  Kidd’s cliche was unnecessary and perhaps disingenuous, owing to the fact that Dončić has no co-star.  Kristaps Porzingus was supposed to be the antidote to this problem, but his health is always compromised by injuries which leaves him out of sync when returning to the court.

The last two playoff appearances for the Mavericks resulted in first-round losses to the Los Angeles Clippers.   It’s unforgettable how effective Dončić was while catching all of LA’s defensive schemes, even doing so playing through neck pain. Had Dallas’ lead guard had a running mate available that could get two feet in the paint at will, maybe the Mavericks wouldn’t be so concerned about Dončić wearing down at the end of each series.

It’s the front office’s responsibility to put pieces around the former EuroLeague champion that will simplify his job and not just replace an instructor with a coach that speaks in platitudes.  In Kidd’s last two posts as head coach, he first tried to unceremoniously seize general manager Billy King’s position, the man who hired him, but was denied by ownership.  The Nets then traded Kidd to Milwaukee for a pair of second-round picks, per Jeff Zillgit of USA Today.

As “leader” of the Bucks, Milwaukee reached the playoffs twice, and he was let go a couple of months into his fourth season due to the team’s disappointing start.  It was reported by ESPN that Giannis Antetokounmpo was unhappy with his dismissal, but NBA Insider and former columnist and reporter for the New York Post Peter Vecsey told me that news was exaggerated.

In Kidd’s third stop as lead instructor, paired with a generational talent for the second time, he has four years to live up to the heights reached by Rick Carlisle and the 2011 Mavericks. Indeed, a challenging task for someone who struggles with controlling his emotions.

Road to the Orange Bowl: SEC and Big Ten pave the way but what about Cincin...