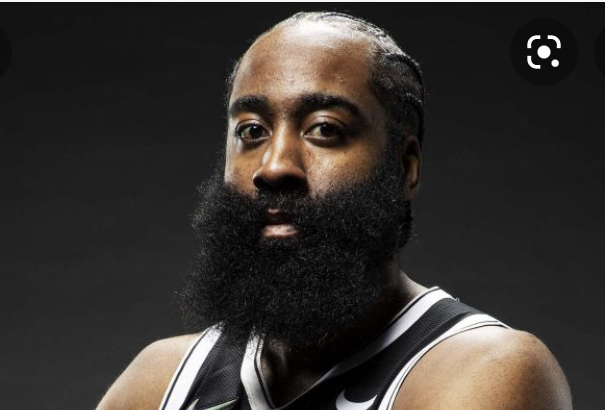 The world’s smallest violin plays a tune for the cries of James Harden.  The Beard had a long, fruitful run manipulating the rules on offense, and now with regulation changes implemented for the 2021/2022 season, #13 hasn’t been a regular at the free-throw line.

The Nets are only 2-3, but Harden is only taking three free throw attempts per game in this small sample size.  It’s a sharp decline from his career average of 8.7 per night, or more alarmingly, his mean of over 10 charity shots a game the last nine years.

Returning from his sabbatical, a rotund Harden, still a Rocket, got to the line 16 times against the Trailblazers Blazers in the first game of the 2020/2021 season.  Traded to Brooklyn weeks later, in his Nets debut, Harden took 15 free throws.

The NBA’s rule changes are slowing Harden down more than the extra body armor he carries on the court.  The Bearded One’s signature con would deceive officials when he would drive into a defender and hook them with his off-arm and pull up, creating contact.  The refs not biting on this slippery trick caused Harden to voice his displeasure to the press when asked about it on Monday after the loss to Charlotte.

“I just ask every official.  If they see a foul, call a foul,” said Harden.  “Sometimes I feel like, a couple minutes in a game, it’s already predetermined (the noncall).  I already have that stigma of getting foul calls.”

Before Harden arrived for his post-game press conference, coach Steve Nash tried to paint his star guard as a victim of unfair officiating. Which is rich because Nash whined to reporters last season about Trae Young using unorthodox maneuvers to create contact (abruptly getting in the way of a defender).

The reality of the rule changes is that this was the NBA’s adjustment to a dominant player. Historically, some of the very best the hardwood has seen have influenced change in the game.

In 1956, while Wilt Chamberlain was at Kansas, Tex Winter saw him dunk one of his free throws in a scrimmage.  Winter, the chairman of the Coaches Rules Recommendations Committee at the time, immediately complained about it at an NCAA convention in 1956 because “something’s got to be done.”  Winters revealed this in an interview with coach Nick Hauselman of BBALLBREAKDOWN in 2011.

While Kareem Abdul-Jabbar was in college, dunking was outlawed (1967) to try to limit his effectiveness.   Those fools at the NCAA are the reason the patented skyhook was so polished and devastating, and their ploy did not work.  UCLA won the next two titles, completing a three-peat.

As recently as 20 years ago, when Shaquill O’Neal was perhaps the most dominant presence on earth, he forced the NBA to evolve and legal zone defense was born.

For now, the Beard’s game has suffered as his scoring, facilitating and rebounding stats are down from last season.  What Harden has done in his career has pressured the NBA to weaken the advantage of the offensive player.   In the future, he shouldn’t complain.  This is what respect looks like.