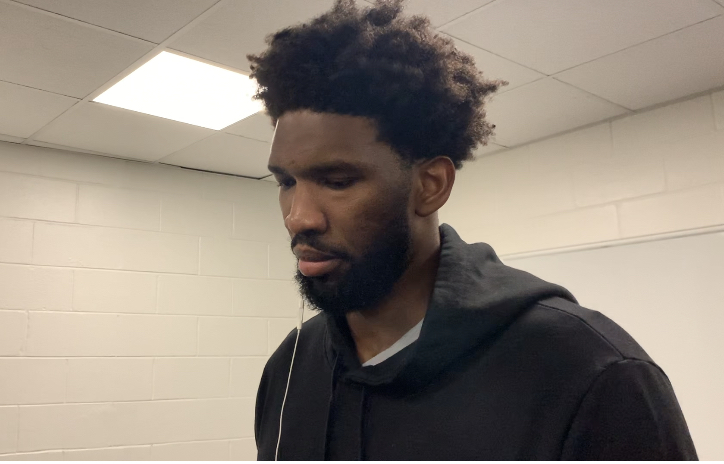 The cavalier attitude the 76ers are showing towards Joel Embiid’s health is a sign of their cracked morales.  Concerns about his long-term durability have evaporated while Ben Simmons is absent with “personal” reasons, and the team attempts its best effort at a respectable record.

Desperation must be high for Philadelphia, or else no one would dare risk the health of a player whose body betrays him at least once a year. In fairness, Philly drew a terrible hand with the schedule because they have to play 10 postseason teams in their first month’s 17 games.  Sitting on a 4-2 record, the 76ers have gambled on five of those nights with Embiid’s knee.

Following a win in the season opener at New Orleans, Embiid could not walk for two days, per Ramona Shelburne of ESPN.  Enough said.  He shouldn’t be cleared for competition until the pain in his knee is gone.  Willingly sending him out to play is greasy and likely hazardous to the injured area.  Keep in mind that Embiid suffered a lateral tear in his right meniscus during the 2021 playoffs, which he unwisely played through and opted out of surgery in the offseason.

It’s early in the 76ers campaign, but Phillies star big-man’s numbers are down across the board, and I don’t think the Monstars have anything to do with it.  More probable, it’s connected to the mindless decision to suit him up and the team’s lack of a QB present. Embiid reportedly feels the need to compete because Simmons is M.I.A., and he thinks this is what leadership is.

Embiid is a victim of Philly’s gross incompetence at protecting its players and their inability to build a winner.  The 76ers once sat #21 for two seasons while he recovered from recurring foot injuries before making his pro debut.  For multiple years, Embiid didn’t play back-to-backs either. Yet now, they’ve suckered their All-Star center into competing when it’s not in the best interest of his future, despite how handsomely he is paid.

It wouldn’t have been necessary to manipulate Embiid if Philadelphia had pulled the trigger in a trade, giving up Simmons to Indiana for Malcolm Brogdon and their first-round pick, per Jason Dumas of KRON4 News.  Brogdon is one of 13 players in history to earn a spot on the 50-40-90 Club, and he is a solid scorer, averaging over 23 points a game.  That FRP could have come in handy down the road for the 76ers if the Pacers continue losing as they are currently 1-6 and last in the conference.

On Oct. 8, Marc Stein of The Stein Line reported Philadelphia wasn’t interested in a package including Malcolm Brogdon and Caris LeVert.  Considering the mess the Simmons situation has morphed into, it’s hard to believe the 76ers will be offered a deal as sweet. If this proposed negotiation were executed, Philadelphia’s defense would probably suffer, losing Simmons’ versatility.  But they would have gained two outside scoring threats, and the days of playing 4-on-5 would have been over, and maybe #21 would feel comfortable catching a break.

The 76ers doctors should take the Hippocratic Oath seriously to prevent any harm from coming to Embiid’s knee.  The right thing to do is sit him until he’s 100%.  Even if it angers him, the team has a responsibility to protect Embiid from himself.

Should the Miami Dolphins go all-in on Deshaun Watson?
Scroll to top