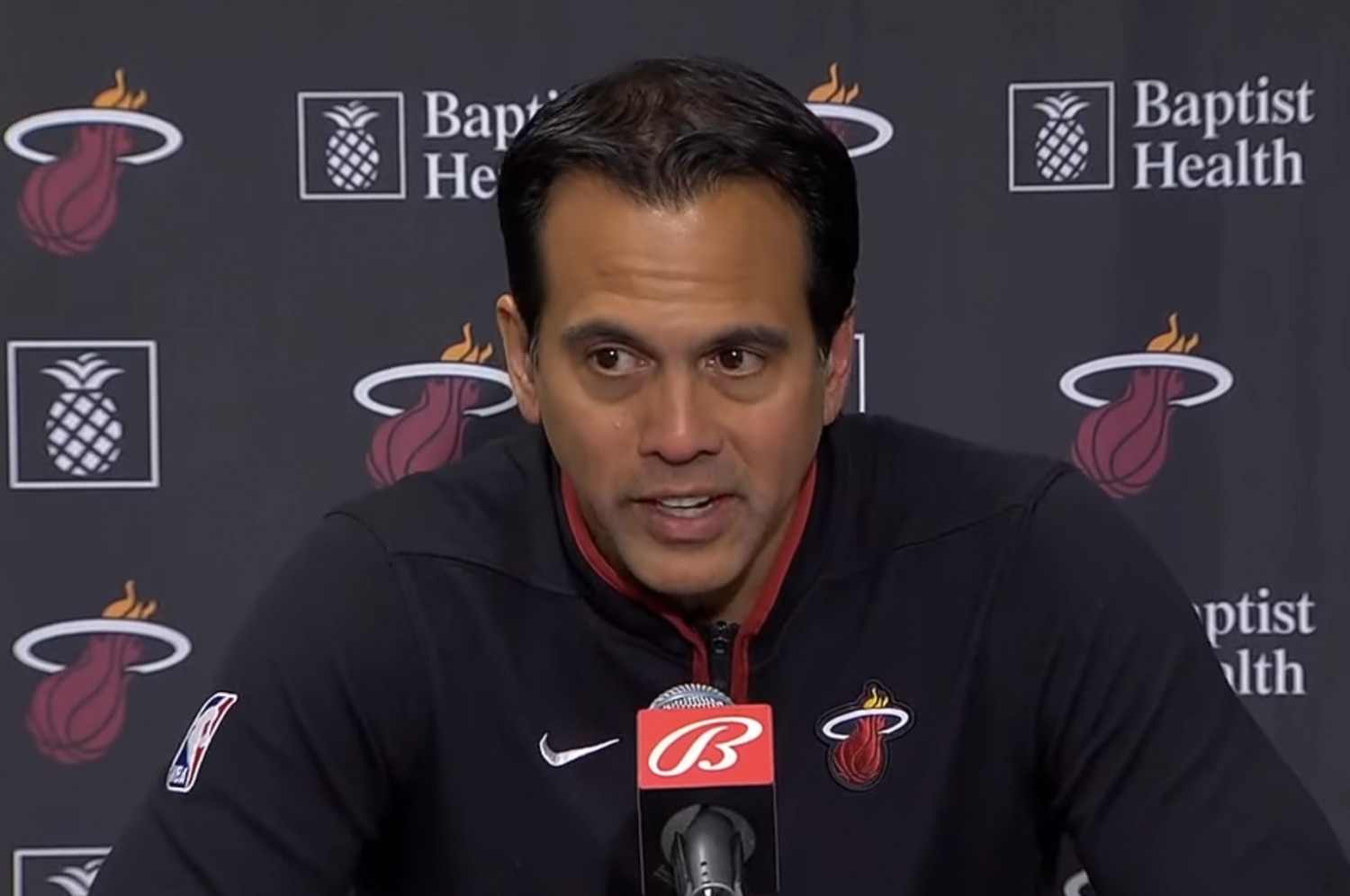 For the second time in a week, the Miami Heat came up winless on primetime TV. First in Atlanta on Martin Luther King Jr. Day, then on Friday, in Dallas for a second-half buzzsaw as brutal as JFK’s ride through the city. The team’s tape review will assuredly be as horrifying as the Zapruder Film.

Miami only logged three assists and six field goals in the first quarter. The Mavs’ length in man-to-man coverage, plus double-teaming Jimmy Butler in the half-court, froze the Heat’s offense. Bam Adebayo, uncharacteristically, laid five close-range duds in the period and didn’t record his first basket until a minute into the second quarter, his sixth attempt. The two positive team signs that followed were that Miami found chances at the line and Victor Oladipo never went cold.

The Heatles managed to slow the game down with its 27 charity stripe shots, but that didn’t stop the wild horses. When Miami deployed drop coverage against Luka Dončić in pick and roll, Adebayo was the low man unable to contain his drive to the cup. Again in PNR, this time against Caleb Martin playing tight, Dončić dribbled left towards the wing, stepped back and canned a triple.

The end of the first quarter was an omen. With three seconds left, Luka caught the ball at midcourt off a sideline inbound, assisted by Dwight Powell’s screen on Adebayo. Martin reached and missed on the steal, leaving Dončić dribbling towards the right wing. From 37 feet away, he splashed over Max Strus’ late contest.

Through 12 minutes, Miami was down by 14 points. They managed to cut the deficit to nine at the intermission, led by Oladipo’s four out of four made shots and Adebayo and Tyler Herro remembering how to score.

Vic isolated Powell for a running hook with no help, blew by Reggie Bullock for a layup, hit two shots after curling into the lane aided by a screen and buried a transition triple. Bam hit a couple of layups in transition with one tap-in off Herro’s miss from the left wing. Like an elite offensive lineman, #13 provided the openings for his man, Herro, to creep into the paint on two of his baskets. Tyler’s other two field goals came zipping past Tim Hardaway Jr. for a pull-up and a turnaround hook in the low post.

Of course, what followed was the turd quarter. This festering issue came back like the unwelcome yearly tax bill. In this frame, the Heatles were beat on the glass by six and misfired on 13 out of 19 shots and three of its six free throws.

Kyle Lowry’s first-quarter spark didn’t have an encore. He recorded a couple of transition baskets and then made one free throw through 12 minutes in quarters two and three. He didn’t take a shot in his eight minutes of second-half action.

Errors were also made on the other side. Even on a SLOB pass, a late switch on Dončić, the inbounder, left Spencer Dinwiddie open on the right wing for a triple. Defending PNR, Miami blitzed Luka with Oladipo and Martin up top on the right. It was no thang. Dončić passed over both of them, finding the roll man, Powell, in the middle for a bank shot.

Unfortunately for the visitors, there was no mercy rule after 36 minutes. Courtesy of the Mavericks’ 25-point lead, Butler and Lowry rested during the final period. The most alarming stat of the evening was Miami was wiped out in points off turnovers, 31-10, in favor of Dallas.

Coach Erik Spoelstra said postgame the night was wasted. “We were never able to have that competitive disposition that we’ve had virtually all season long…”

Politely, Spo told everyone his team gave up.

****
For more exclusive insights on the Miami Heat, subscribe to Off the Floor

Bam Adebayo’s Aggression is the Key That Unlocks Miami’s Offens...