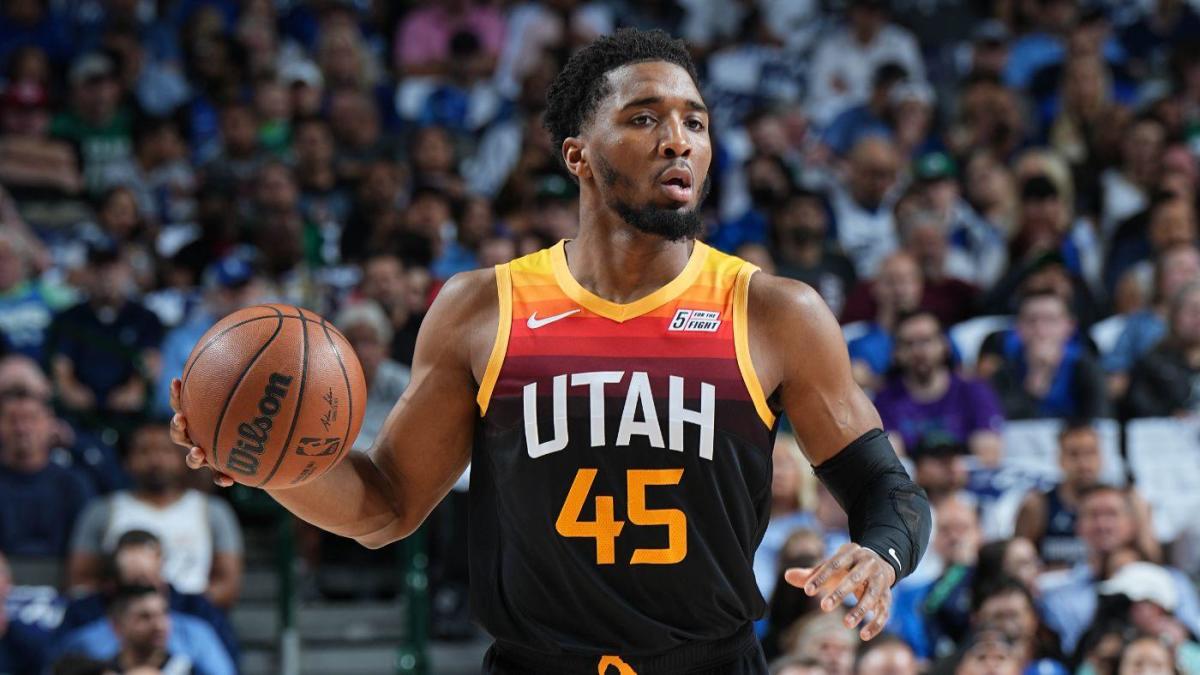 Donovan Mitchell is a lucky man.  He now lives in the same city as the Rock and Roll Hall of Fame.  Oh, and he’ll also be playing with a better-equipped squad to hide his deficiencies guarding opponents.

It might take the first couple of months of the year for coach JB Bickerstaff to calibrate the ball handling duties, late-game pecking order, and defensive principles now that his group added an All-Star.  Training camp and the preseason might highlight some favorable combinations, but the real test will come when the games matter.  But this experiment should work, at least before the Playoffs.

Garland spent 95% of his minutes at point guard this season, but in 2020 as a rookie, he spent 3/4s of his time at shooting guard while Colin Sexton locked down the QB spot.  Playing off-ball is a skill Garland has demonstrated but with Mitchell integrated into the lineup, he should see more opportunities than he did in 2022.  It would allow him to work as a sniper that repositions after a screen or helps as a decoy.  Garland didn’t have many chances to show off this feature of his game after Sexton missed all but 11 games and Ricky Rubio was absent for 48.

The newest Cavalier, Spida, was third in usage among guards who qualified for league leaders in 2022.  Moments off-ball will come for Garland, but it’s essential that Mitchell sacrifices touches and his body for his backcourt mate and others too.  Screening is a fine technique that gets the initiator open as it does the player who received the help.  Using Mitchell as a pick-and-pop and screen-and-roll weapon would be tough to guard.  He has enough accuracy on his jumper to fire away outside the lane, or he could exhibit his speed on a cut to the rim after the catch.

Mitchell and Garland are elusive enough to burn a defender off the dribble to cause a breakdown.  They are also dynamic attacking through pick and roll.  If the defense is deploying drop coverage, Cleveland’s guards can force separation and pull up from the elbow while one defender is behind the hip of the ball handler and the other by the rim.

Both are three-level scorers that bend defenses even when the ball is out of their hands.  Opponents will make difficult decisions when both are on the floor, and one catches fire.  If a trap or double is sent towards Mitchell or Garland, damage could be inflicted if the ball handler passes out on time to the nearest teammate, and then the rock is dished to a wide-open man.

But how much better are the Cavs?

Cleveland should enter the postseason without competing in the Play-In Tournament.  Defensively, Jarrett Allen and Evan Mobley provide backline protection when the Cavs’ guards get beat checking the perimeter.  Yet, always having to help because a teammate can’t stay in front of their matchup will unnecessarily tax Cleveland’s frontcourt by covering too much ground.

The defense’s ceiling-setting flaw is that the backcourt likely won’t guard up effectively when switched onto opponents of a different position.  If one of them is stuck in a mismatch near the paint, help will be sent, but at the risk of exposing space.

Garland and Mitchell are one-way players and small at 6’1. Spida’s long arms are a tool that could help him improve guarding his yard under the right defensive philosophy, but success on that end is about high ball IQ and effort.  Cleveland’s backcourt cannot afford to be overly reliant on its rim protection because the Cavs will want its twin towers as close to the paint to influence rivals into attacking exclusively from the perimeter.

Cleveland will be one of the most exciting teams to watch this upcoming season, but this trade doesn’t make them contenders.  Their backcourt could get hunted down if the opponent chooses to strike this weakness.  It’s an arduous challenge reaching the conference finals when a starting unit has just one player who is a liability guarding.  Cleveland has two.

For now, the Cavs are a second-round crasher.

Use the code “five” at PrizePicks.com to double your initial deposit up to $100

Mateo’s Hoops Diary: Butler’s Time in Miami Won’t be for Nothing