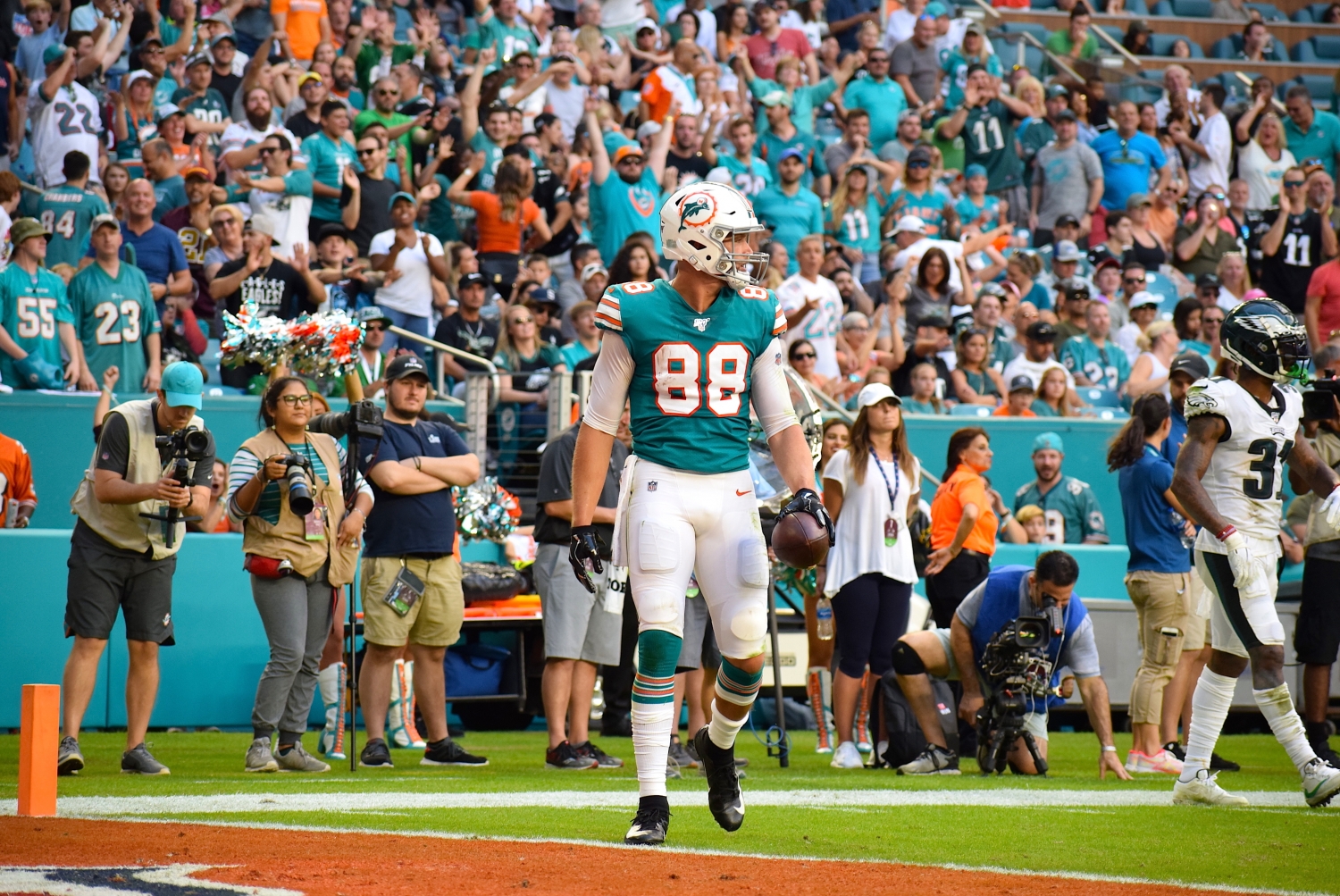 All eyes will be on Tua, but will his lock on Mike Gesicki this season?

Entering a crucial fourth year, Miami Dolphins tight end Mike Gesicki looks to take the leap into the discussion as one of the game’s best.

So what will it take to get there?

In order to gain some perspective, a comparison to the best current NFL tight ends seemed like a nice place to start

Travis Kelce and now Darren Waller have emerged as the top two tight ends, with George Kittle still right there after an abbreviated season due to injury.

What Waller and Kelce have in common is an enormous target share, as both posted nearly identical numbers.

Targets are just one part of the equation, what you do with them matters.

Kelce and Waller both hauled in over 72% of their targets in 2020, while Gesicki caught slightly over 62% of his.

Many factors contribute to this, whether it be different quarterbacks throughout the year or execution in other areas.

Nonetheless, there is plenty of room for improvement.

Mike Gesicki in 6 games with Tua (no Fitz coming in)

Projections for a 17 game pace:

Yes there are new weapons but Gesicki is talented enough to do this! Don’t Sleep on him! #FantasyFootball

Say Gesicki can accumulate 100 targets and improve his catch percentage even slightly to 68%.

Where Gesicki has already shown a high ceiling in comparison to other tight ends is in yards-per-reception.

With 68 receptions and at the same yards-per-reception, that would put Gesicki over 900 yards receiving.

Now with a 17-game slate, this seems even more attainable.

Gesicki tied for fifth among tight ends with six touchdowns, averaging one about every nine receptions.

Increased targets and improved catch percentage could see him at eight or even nine scores in 2021.

Add an improved quarterback and more deep threats in Jaylen Waddle and Will Fuller, Gesicki sits as a prime candidate for a breakout season.