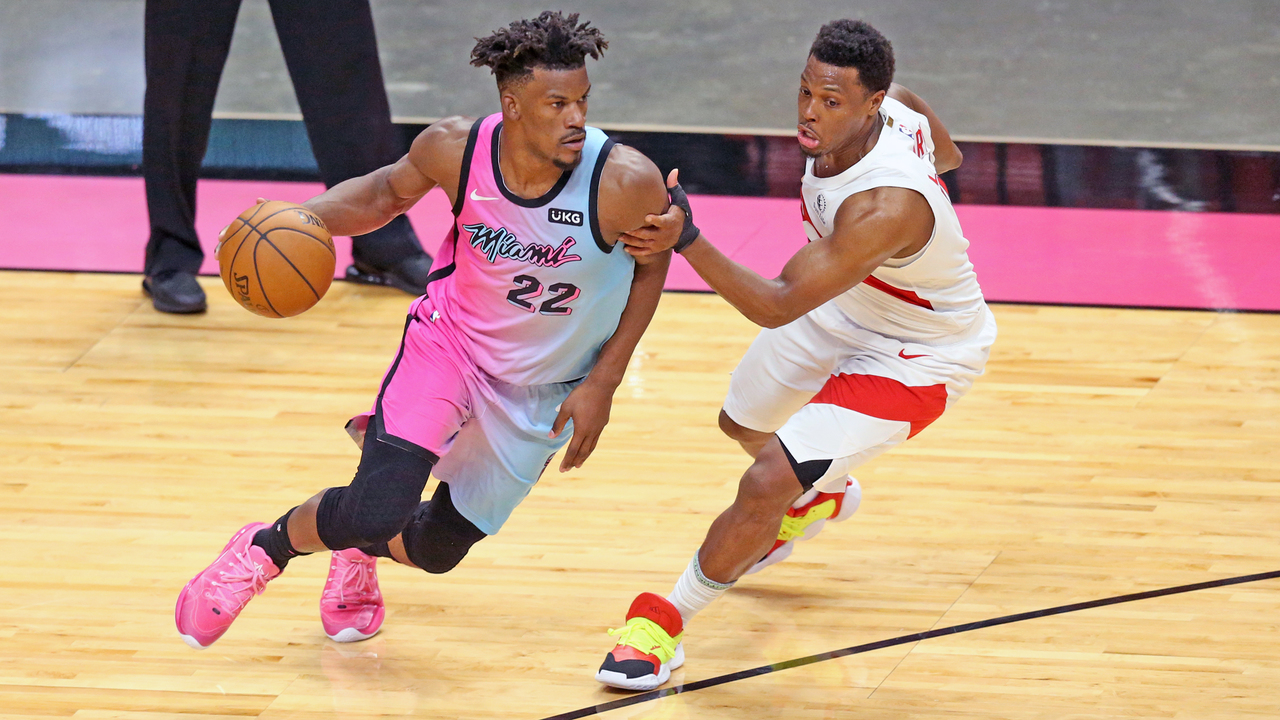 A look at who Miami should or shouldn’t look to sign and how they’d fit on the roster moving forward.

The sun is shining as Summer has officially started in the northern hemisphere. We can feel the heat, but we’re all missing the Heat while watching the NBA playoffs unfold. These unpredictable and chaotic games haven’t been enough to satisfy the appetite of the fanbase. The fans have been fantasizing and photoshopping every possible player with a Heat jersey. If “we move” is the saying, the fanbase has been like a nomad moving every way possible.

I will try to nourish the unrelenting hunger for movement by giving a quick rundown of every possible Free Agent that may or may not be on the team’s radar. It’ll be a little different, however. I’ll be giving a ranking on every player of 1-10 based on a myriad of categories that will range from age, fit, and health reliability. Going over if the player is a “win now” or “upside” acquisition. Each list of players in this series will be going through Ball Handlers, Wings, Bigs, etc. So enough talk, let’s have some fun!

For this portion of the preview, we’ll be looking at guys who would be under the traditional “point guard” role but also ones who play best when they’re breaking down defenses with a quick dribble. We all witnessed how much Miami could have used a guy to break down a defense to set up Bam Adebayo. But, unfortunately, no one could pressure the rim and cause rotations unless you were Jimmy Butler on the roster last season. So what options will be available for Miami to fill that void left behind Goran Dragic’s aging body? Well, let’s start with a familiar name linked to Miami all of last season. 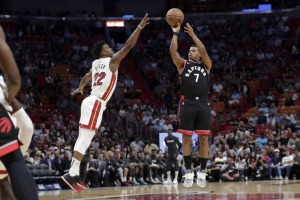 Kyle Lowry’s obviously been on the minds of every Heat fan through most of the season and even as soon as the season ended. And for a good reason. Kyle is the type of player that Miami needed throughout the season. A three-level scorer who put pressure on the rim and set up others while picking his spots. Lowry is the most “plug-and-play” free agent on this list. Despite the age, I think Miami should look to acquire him any way they can. And they’ll have plenty to work with given that they can offer him what he’d want. Not to forget the Jimmy Butler friendship that has cultivated for the past handful of years. The human nature aspect can’t be understated in all of this. But there is also a possibility that it works against Miami. He could decide to work his way to Philadelphia, where he’s from. That involves a lot more hurdles for the Sixers that wouldn’t arise with Miami. Most Heat fans have operated under the assumption he’ll sign with them but proceed with cautious optimism.

Reliability: 8.5/10 (remember this is health-related)

DeMar DeRozan is without question a bucket and a problem, as the kids say. He was one of the best isolation scorers based on Points Per Possession. He’s done all this while improving his passing and becoming a Point Forward at this point in his career. DeMar also is, by all accounts, a great teammate and human being. Having said all that, I really don’t see this being the choice Miami should make for their big splash acquisition. You may ask, “well, how about a small splash?” Even then, I don’t think this move is what the Heat should go out of their way to accomplish. DeRozan does a lot of the same things Jimmy Butler does for Miami. The redundancy is too much for my liking overall. He’s also a player who still doesn’t have a reliable spot-up jumper and requires the ball in his hands a considerable amount to be productive. I’m not even going to bring up the playoff numbers. He also might be looking to get more years somewhere else where this could be his final large and lengthy payday.

Mike Conley was one of the best stories of last season for a lot of basketball fans. He finally got that All-Star notch to his belt that eluded him for so long. He helped the Jazz on their way to a 1 seed and provided secondary ball handling with Donovan Mitchell at his side. Conley is almost a diet version of Kyle Lowry overall. The fit would be very smooth and provide another player that can collapse a defense and punish rotations. There are some yellow (not red) flags when it comes to Conley, however. He did have a rough season prior that could be attributed to his trouble with getting fully healthy. The veteran point guard also had a rough end in terms of health this past season and postseason. So the injury history is there, but the fit would be undeniable. 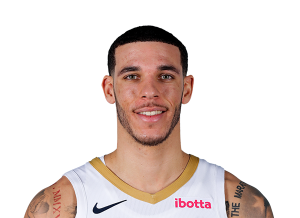 We’ve reached our first restricted free agent on this list and one of my favorite ones at that. I’m the biggest Lonzo cheerleader here at 5 Reasons, and if anyone says otherwise, they are lying. While listed as a point guard, Lonzo is far superior when used like a secondary creator instead of an initiator. He still struggles to really get to the rim and break down defenders throughout a game. But he’s 23, and you can see how much he can grow when put into the right environment. His 3 point shot has already come along faster than even I thought it would. The problem is how much Miami will be willing to offer and if other teams will outbid them. He’s a young player that many other teams, including the Pelicans, would be willing to pay. I expect he’ll be one of the last big names signed during Free Agency, as it seems to go with RFAs.

We now get to a player that I’m not particularly high on, to say the least. But, theoretically, Dennis should give you the things you missed last season. He’s a good defender who CAN pressure the rim with his speed and has gained a decent 3 point shot. That’s the problem with Schroeder; he’s much better in theory than actual practice. He falls in love with himself a little too much and isn’t as malleable as the rest of the ball handlers on this list. The asking price might also be a little too much than the Heat would be willing to offer. He’s more of a Plan D in terms of what they should be looking for this offseason.

Dinwiddie is an interesting player to watch this free agency. However, his value might be foggy with an ACL injury that he’s working his way back from this offseason. As a result, teams will be reluctant to give him a huge contract and settle for a short 2-year deal if the market plays out like I think it will. I don’t think Miami will be one of the teams anxious for his decision. They certainly have space, but I imagine they’d rather give that money to Duncan Robinson. He’s a good 3 level scorer, but not one Miami needs to catapult them to where they want to go. 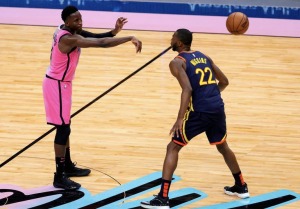 We’ve reached our first current Heat player on this list, and it’s an interesting one, to say the least. But, unfortunately, we only got a small glimpse of what Oladipo would have given the team if he had stayed healthy. The defense was there, as we all expected. He was getting to the rim and didn’t need a screen to do it. He would also make it a priority to get Bam Adebayo the ball. The perfect fit! Well, the injuries have another story to tell. Injuries ruin everything, don’t they? The only thing the injury will do is allow the Heat to offer a one-year “prove it” contract to Oladipo that is reasonably priced. The upside of this would be that you have one of the best value contracts if he were to get healthy and back to a semblance of old Vic. Unfortunately, I don’t think there will be a ton of teams lined up to offer him quite the money he turned down in Houston. But if they do, Miami will more than likely let him go. Wherever he ends up, I’ll be rooting for him to get healthy.

Remember everything I said about Kyle Lowry’s fit? Well, apply that to Chris Paul but make it midrange instead of free throws. Not even 2 years ago would I have expected to see his reliability be this high? He may be older, but he seems to have found a way to keep his body going in a way every player approaching 40 can dream of. The big problem for Miami is that it will take quite a bit to pry him away from Phoenix. If the Suns were to win the title, it would be nearly impossible. It was reported that Paul would turn down his player option in hopes of getting a longer deal for a decent bag in return. Miami could put a decent offer on the table, but the emotional aspect and potential deal the Suns could offer might trump that. Chris Paul will elude the Heat once again, much to the fanbase’s dismay. 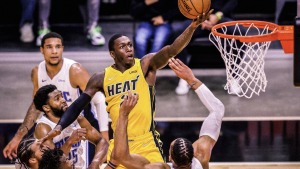 Miami has seen what Kendrick Nunn is, and I think they’re done with his services. Miami may have looked at the playoffs to see which players are 16 game players and which are 82 game players. Nunn is a nice scorer who’ll get you some buckets throughout a season but doesn’t seem to strike me as a guy the Heat will go out of their way to retain. The attainability would be much lower if Miami didn’t have his Bird Rights. I expect to see him on a team that’s looking to build their youth next season.

We’re going to do some rapid-fire nominees for this last cluster of players that could be nabbed for a mid-level type of deal.

Cam Payne: Young, exciting, and much-improved backup in Phoenix. He’ll be a hot commodity for teams looking for depth. I expect the Suns to retain him with his Early Bird Rightsintact. Keep shooting sideways, Cam.

Ish Smith: A veteran who’ll more than likely ask for a minimum deal from whoever will have him on the roster. It feels like the man has been on every team. Could I see Miami adding him on a minimum deal? I can’t see why not. Gotta bring in the RSHKs sometimes.

Elfrid Payton: Want a backup point guard that does nothing that well? Well, you could enjoy the Elfrid Payton experience for as little as no money this offseason!

Kris Dunn: Defense! But he doesn’t do much else. Can’t even get on the court, sadly.

Derrick Rose: I expect him to re-sign with NY for money Miami will not entertain to offer. It seems like a place he wants to retire, as well.

Dennis Smith Jr: A young project you could maybe take a flier on. His dunks are cool!

Thanks for reading part 1 of this series as we get closer to Free Agency. Stay tuned next week for part 2, where I’ll be going over the wings of the class.