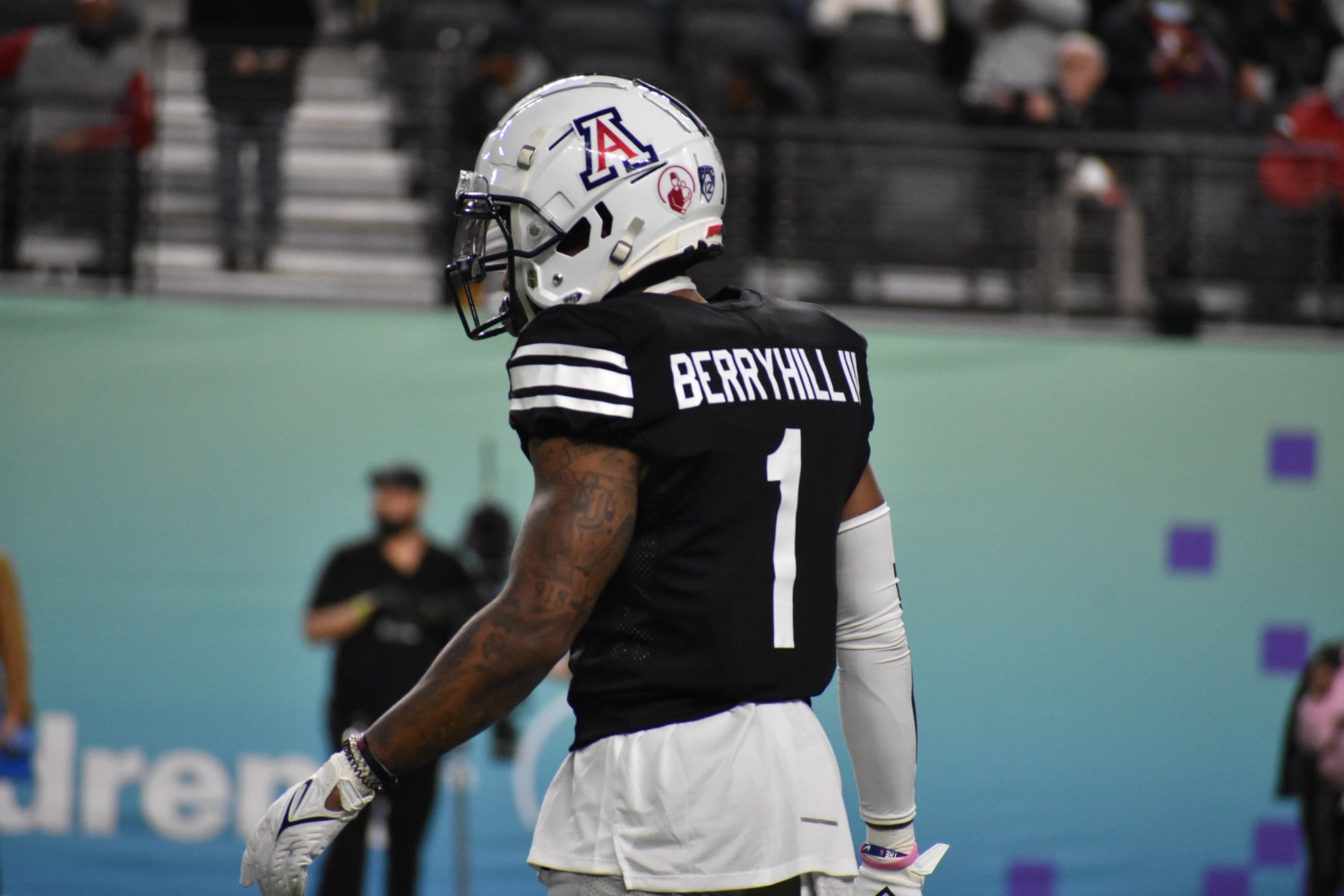 It was the site of his first 100-yard receiving game in the Arizona Wildcats’ season opening loss to BYU. On Thursday, he had the longest reception (28 yards) for the West in their 25-24 win over the East in the East-West Shrine Bowl.

The Shrine Bowl is the oldest college football all-star game and is connected with the Shriners Hospital for Children. It’s also the first time such a game is played in the same stadium as the Pro Bowl and on the same week.

“I think it’s pretty cool,” Berryhill said. “They’ve done some pretty cool things. We’ve been really busy with practices, meetings but it’s nice to get in here and have some fun with the kids and just do things like that.”

The Shrine Bowl is about finding the underdogs of the NFL Draft. Quarterback Tyler Huntley played in the most recent Shrine Bowl in 2020 before finding his way onto the Baltimore Ravens and eventually starting some games in Lamar Jackson’s absence.

Berryhill was on the field the entire game, showing his route-running ability and contributing on special teams. He has always been an underdog and potentially a perfect match for teams like the Miami Dolphins, who are entering the draft with two picks in the fourth round.

A native of Tucson, Ariz., Berryhill was encouraged to join the Wildcats as a walk-on by Rich Rodriguez but by the time he could hit the field, the program was handed over to Kevin Sumlin, who was fired after three seasons.

Berryhill broke out under Jedd Fisch’s system in his first season as a starting receiver. He was second in the PAC-12 in catches with 83 and fourth in yards with 744 yards.

“You just bought into what they told you,” Berryhill said. “Change happens in football and you got to learn to adapt, face adversity and that’s just what I tried to focus on and buying into what they were telling us and picking up the offense as quick as possible.

“I just try to focus on the gameplans that the coaches put together for the team and lead the team as much as possible so he had the best chance to succeed,” Berryhill said. “I didn’t worry about my individual accolades too much.”

“That was a big milestone in my career,” Berryhill said. “You go a long time losing and when you get a win you see all the work that you put in paying off.”

Berryhill had a head start on preparing for the NFL Draft after the Wildcats finished their season at the end of November. He started and ended the season with double-digit catches for over 100-yards. His draft preparation has focused on building strength and perfecting the 40-yard dash.

“It’s all technique, really,” Berryhill said. “All in the start for the most part and stances. It’s like you do not want to waste as much movement as possible so you want to just get it and go.”

Like most players who plays in the Shrine Bowl, the NFL is a dream destination. Berryhill never had a favorite team growing up but was inspired to play football from watching Michael Vick and DeSean Jackson play for the Philadelphia Eagles.