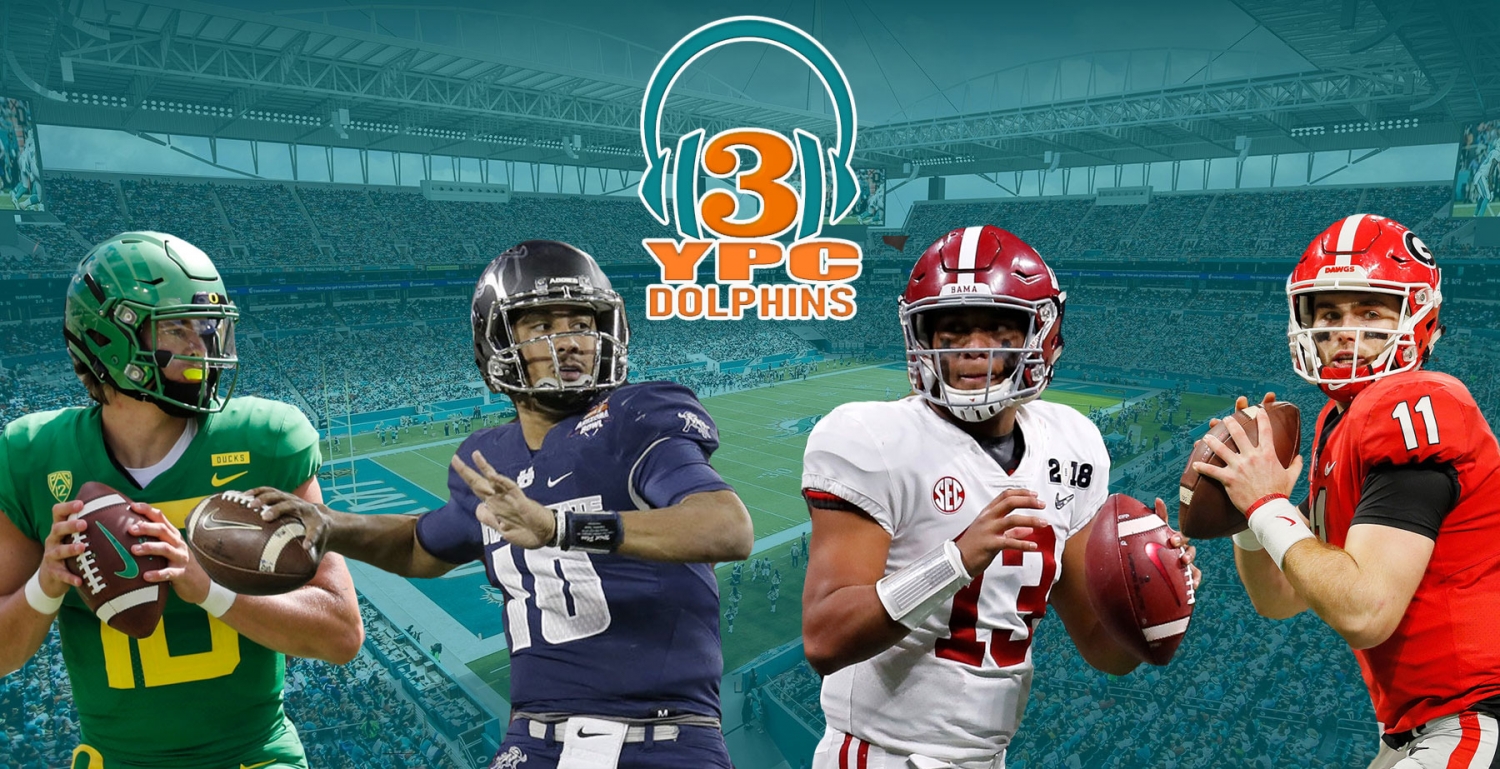 Tua Tagovailoa vs Mississippi State (Out for the Season)

Happy #Tuasday. Just for a treat, and because I get this question/comment sometimes about how odd it looks that Tua Tagovailoa throws lefty, I went ahead and flipped this video around to make him righty. Maybe it’ll make it easier on your eyes a bit? pic.twitter.com/FqLFB035A5 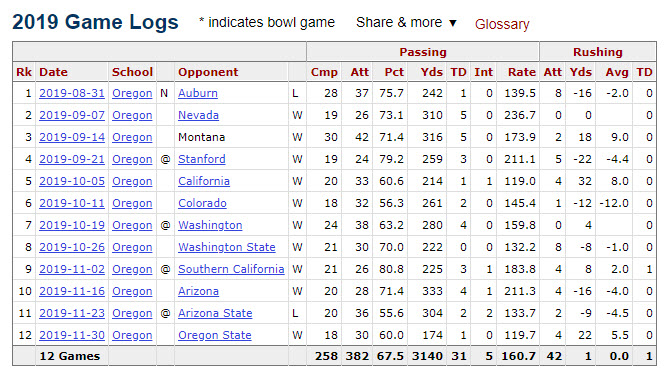 Justin Herbert joins Marcus Mariota and Joey Harrington as the only QBs in @oregonfootball history with multiple games with 5 pass TD. pic.twitter.com/kpoqcuhCjl

jordan love has arguably the worst supporting cast of the 2020 QB class. and although statistically he has underwhelmed, he still makes big-time NFL throws like this. I think love would benefit from another year in school. but when he’s ready, he has the potential to be ‘special’ pic.twitter.com/dN4pXPEGQl

This is why NFL teams love Love. Look at the ease in which he gets outside and then lays this on a plate for Marriner over Kristian Fulton. An absolute dime dropped in with absolutely no effort at all. It’s a ball only his receiver can catch. pic.twitter.com/PX8xAunCqR 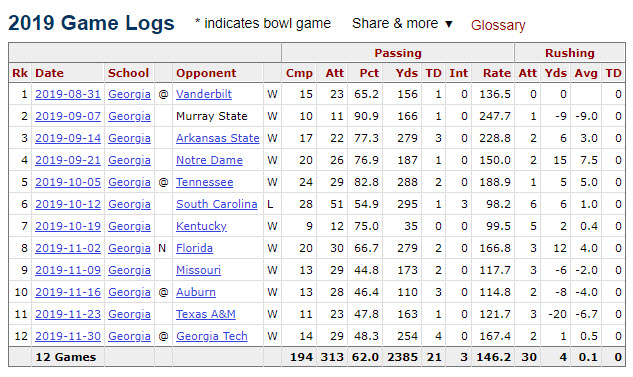 Beautiful throw here by Fromm. Timing, accuracy – low and to the outside where only the WR can catch it – and driven in there to the wide side of the field, showing off the arm. pic.twitter.com/UNIG1iAAO6

(THREAD)This is an example of what I mean by diagnosing numbers, & coverages. This is Jake Fromm. A QB I like very much. You have to hunt for plays in which he has perfect protection to see how he sees the field. I found one. This play is from 14:42 left in the 4th qtr. vs. ND pic.twitter.com/Usagna2etB

All stats were from https://www.sports-reference.com/

Click HERE to listen to the latest episode of  3 Yards Per Carry.