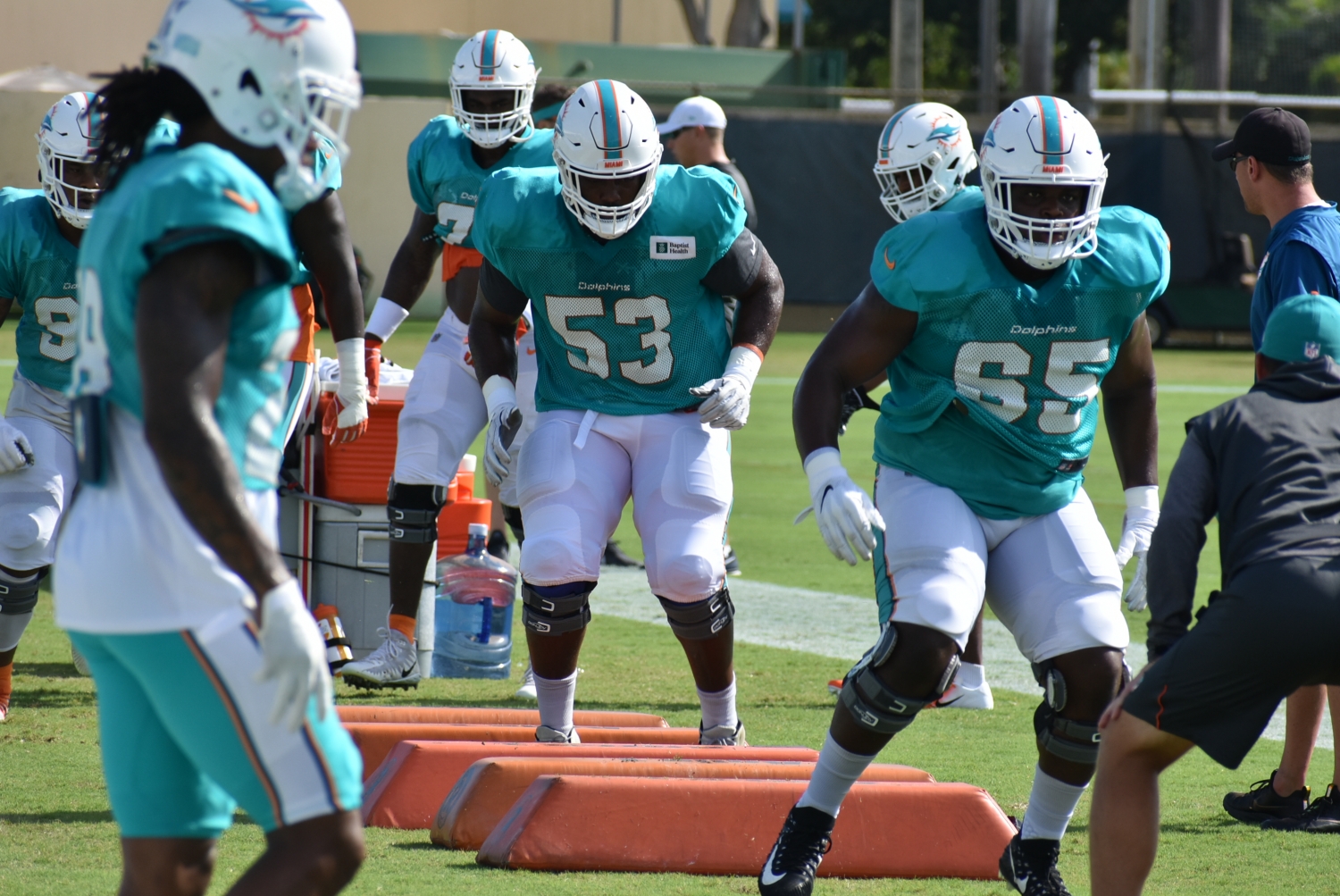 The final Dolphins training camp open to the public has come to a close. It’s been a whirlwind, keeping a close watch on Josh Rosen as he battles for the starting job, watching players develop under the new staff, and figuring out how excited fans should realistically get.

So while practices will continue, they will do so without scrutiny from the public and the media. But for this last day, there are still players who stood out above the others, despite the walkthrough atmosphere. Here they are.

Even though he’s one of the more recent signings, defensive tackle Adolphus Washington is proving to be a valuable asset in training camp. The defensive tackle position is already loaded with talent: Christian Wilkins, Davon Godchaux, Vincent Taylor, Akeem Spence; it’s hard to imagine fitting him too. Nevertheless, Washington is making an amazing case for himself recently, and could force the coaches to make a hard decision.

Washington broke into the backfield on more than one occasion on Tuesday, giving quarterbacks Josh Rosen and Jake Rudock fits throughout scrimmage sessions. He has powerful hands, strong strikes, and he’s versatile along the defensive line. It seems unlikely the Dolphins will carry five defensive tackles, but Washington may force their hand.

In reality, both Drake and Ballage played well on Tuesday. But the edge goes to Ballage today as he was able to break free for big plays more often than Drake. Is it fair to Drake? After all, the offensive line has a lot to do with his success. Well, when the difference between them is one or two plays, distinction has to come from somewhere.

If nothing else, let it be a sign of things to come. It would be a stretch to put Drake and Ballage on the same level as Ronnie Brown and Ricky Williams, but they’re both extremely talented players that could eventually remind everyone what it was like to have them both at the same time.

Walton is here because it’s already been mentioned that Ballage and Drake produced about the same. However, Walton also flashed a lot on Tuesday, showing he’s capable of running every route of the passing tree available to halfbacks. It’s still unknown whether he’ll face long-term consequences for his off-the-field mistakes, but right now he has the third running back spot locked down tight.

All he has to do is continue on the path he’s on, and Walton will solidify his redemption. He runs hard, he catches passes, and he’s been consistent all through camp. True, he isn’t as explosive as Ballage or Drake, but he could be the bruiser back the offense will eventually need. If that happens, then the RB stable will be fully stocked.