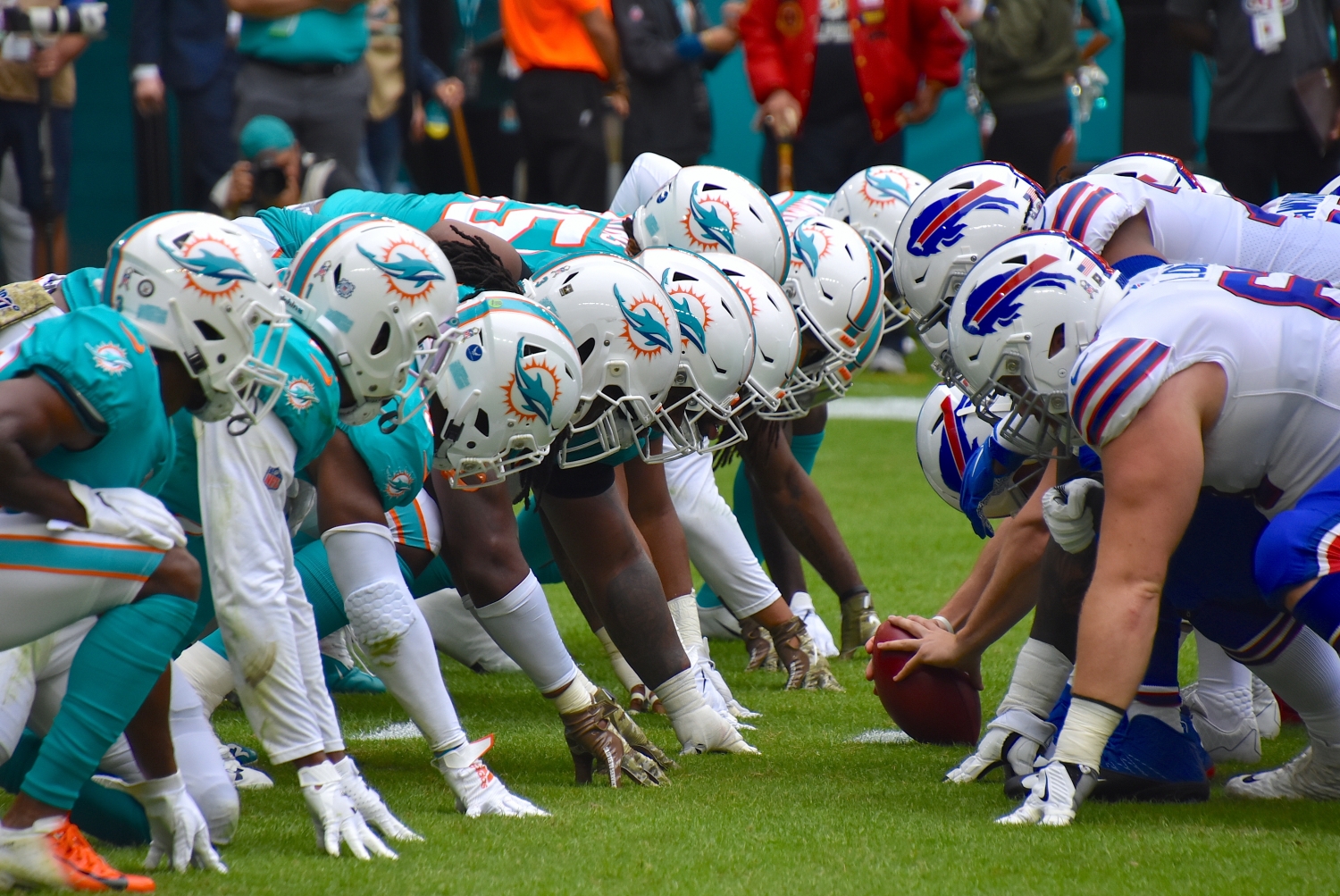 ‘Twas the night before Draft Day, when all through the Rock
Not an analyst was stirring, not even a mock;
The draft boards were hung by the interns with care,
In hopes that at Six, Kyle Pitts would be there;
The Fins fans were nestled all snug in their beds;
While visions of Najee ran through their heads;
And Grier in his windbreaker, and Flo in his cap,
Are racking their brains if they need to trade back,
When on the TV there arose such a clatter,
I flipped on FS1 to see what’s the matter.
On Undisputed, there I saw a dumb clip,
Who’s that crazy old lady? Oh, it’s just Skip.
Saying go draft a QB on his tired old show,
As Dolphins Twitter answers, “nah bro, just no,”
Waddle, Chase, or Smith, it soon should be clear,
Which pass-catcher has the eye of Chris Grier,

Forgetting ’bout gasbags who only want clicks,
Dolphins fans remembered we have two first round picks.
Is it the o-line or weapons, who is to blame,
Tua’s needed help since Goodell called his name:
“Now, Sewell! now, Waddle! now Najee and Pitts!
On, Jenkins! on, Parsons! on, Creed and Smith!
At the top of the draft! to the agent, Grier calls!
To Dolphins’ Twitter’s chagrin, we can’t draft them all!”
Who doesn’t love Waddle, you know he can fly,
Sewell hasn’t played right tackle, but he said he could try;
A Heisman Trophy and a title with Tua,
Let’s not forget Devonta, who needs Cua Cua —
Watching the Bengals, in forever last place,
Praying they leave Pitts or at the very least, Chase.
Watching the centers, a drop would be nifty,
If Landon or Creed was there at pick 50.
We all know at some point, we’ll need a D-End,
But it’s just so tempting to think of Harris and Etienne;
A bundle of toys for the young quarterback,
Also some line help so he can avoid taking sacks.
Flo loves versatility, just look at Malcolm Perry!
We need a back who can catch, in addition to carry!
The Bears want us to trade back, but no that’s too low,
In the top 10 there’s groceries, for a dinner by Flo;
If you want to trade with Grier, just know he’s a thief,
“Add another first,” he says through gritted teeth;
I do love Creed Humphrey, like a young Ryan Kelly,
Gesicki’s the peanut butter, could Kyle Pitts be the jelly.
Will we see Greg or Jaelen, either end from the U,
Who’s the best of the edges, any one can be true;
Will there be a sleeper, found in late rounds,
With off-the-field problems, or too many pounds;
Saturday’s the end of a long spring of work,
GM’s are desperate not to be this year’s jerk,
Whatever will they do, almost no one knows,
Just please be better than the AFC foes;
Thinking of misses makes any fan bristle,
But a good draft haul steal, warrants any good whistle.
It’s finally here, and oh what a sight—
“Happy Draft Eve to all, and to all a good night!”

What Draft Precedents for Tight Ends Mean for Kyle Pitts