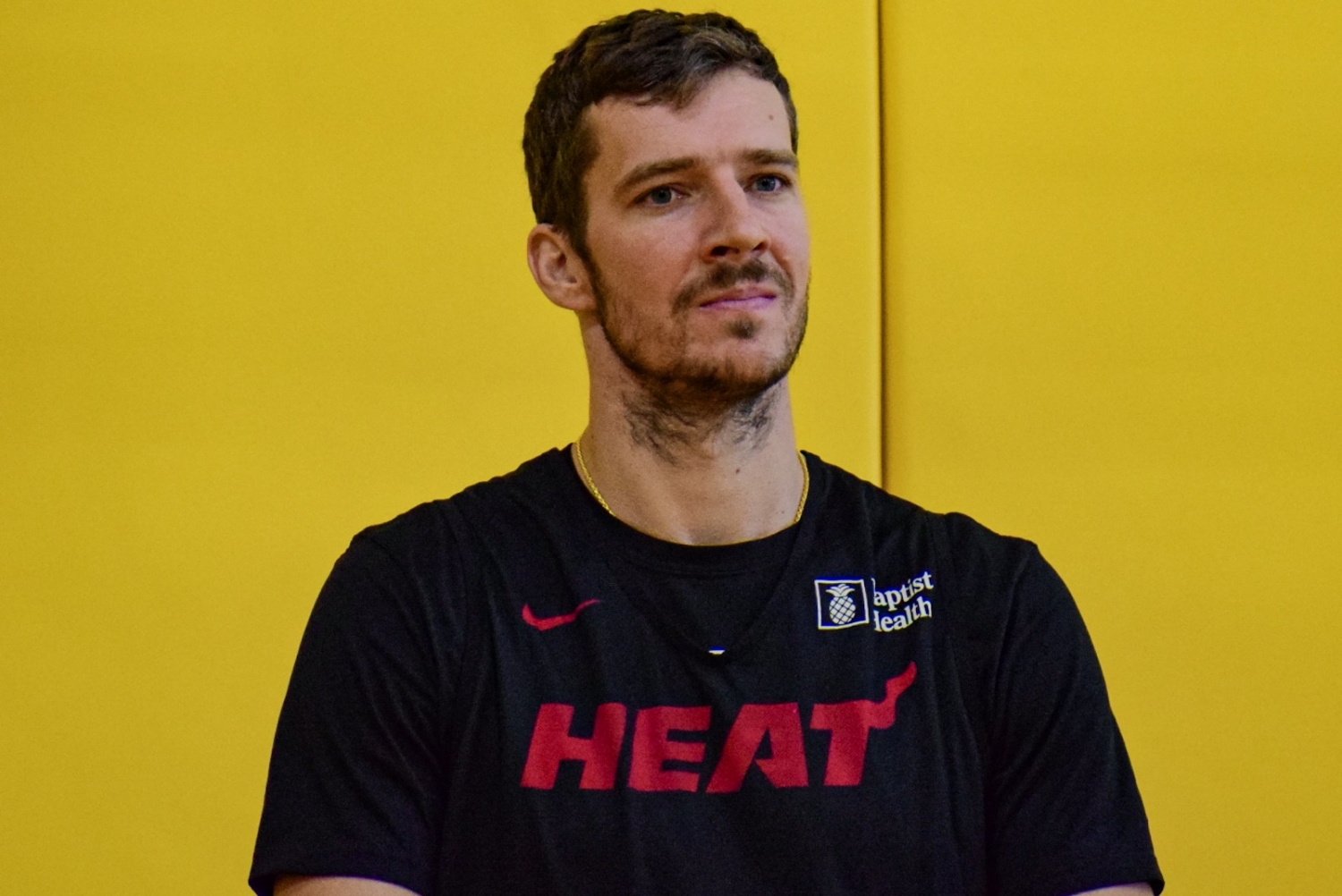 Pat Riley has a habit of honoring the difference makers.  So much that he even graced Michael Jordan by retiring #23.  A player who — wore a different set of black, red and white while crushing the Heat on more than one occasion.

There was also the time the Heat hung Dan Marino’s #13 up in the rafters, even though his armor was cloaked in aqua and white, and his arena was a football field.

The others Riley glorified are the pillars of the organization.  Alonzo Mourning, Tim Hardaway, Shaquille O’Neal, Chris Bosh and Dwyane Wade.  Additionally, there are three names also deserving, but nothing can be done for them yet because they are active players.  LeBron James is the “king of both coasts.”  Udonis Haslem is still barking invaluable instructions from the Heat bench.  Finally, Goran Dragić is a member of the Toronto Raptors.

As far as Dragić and James, the Heat could never say anything publicly now due to the tampering headache that would hypothetically arise if they mentioned any plan to celebrate these two.  It’s inevitable that James gets his commemoration sometime when he’s retired, but the Dragon’s tale should always be remembered like myths carved in stone.

The Dragon represented the Heat in the All-Star Game in 2018, and maintained that level of play whenever he was not burdened by injuries.  Dragić showed the ultimate allegiance to his former club.  His role shifted from being a captain and go-to scorer into the team’s sixth man and back again as a starter in the bubble.

Dragić has said the lineup change wasn’t easy when Coach Spoelstra suggested playing behind undrafted rookie Kendrick Nunn, but he handled it gracefully while excelling in his new mantle. Dragić possessed the emotional intelligence to allow Spo to tinker with the lineup during the 2020 regular season to maximize the group’s chances of winning later, and that’s a significant reason why the Heatles buried their eastern opponents.

For three rounds in the bubble, Dragić was merciless on drives to the hole and shooting from the perimeter.  Miami’s lucky #7 was the squad’s leading scorer in the sweep over Indiana and in the eastern conference finals against Boston.

In Game 1 of the championship round, misfortune struck as Dragić tore the plantar fascia in his left foot, which sidelined him the next four games.  The lasting image of Dragić sobbing on the bench after his failed pregame warmup before Game 4 is ineradicable from memory.  He shouldn’t have tried to practice, but love for the game can cloud even the clearest minds.

The wounded Dragon made his courageous, albeit foolish, return to the court in Game 6, but the Heat got beat, and the Lakers were crowned champions.

Dragić’s final year in Miami was the 2021 campaign in which the Heat never found their edge, amid a plague of injuries and size concerns.  The season ended in a sweep at the hands of a team (Bucks) who got pantsed by Miami in the bubble.

This summer, the Heat successfully pursued their latest white whale, Kyle Lowry. Yet, the indifferent Riley had to ship away Dragić and Precious Achiuwa to Toronto in a sign-n-trade to make the salaries work for both teams.

With less than three weeks until the start of training camp (Sept. 28), Lowry, who previously wore #7 in Toronto, still has not announced his jersey # for the Heat.  Considering the quality of player Dragić was during his time in Miami, and how he sacrificed his body for the club, it would be uncharacteristically tasteless for the Heat to give their new lead guard the same jersey # as their beloved Dragon.

One day #7 should hang in the rafters, but the back of the shirt should read Dragić, written in black.