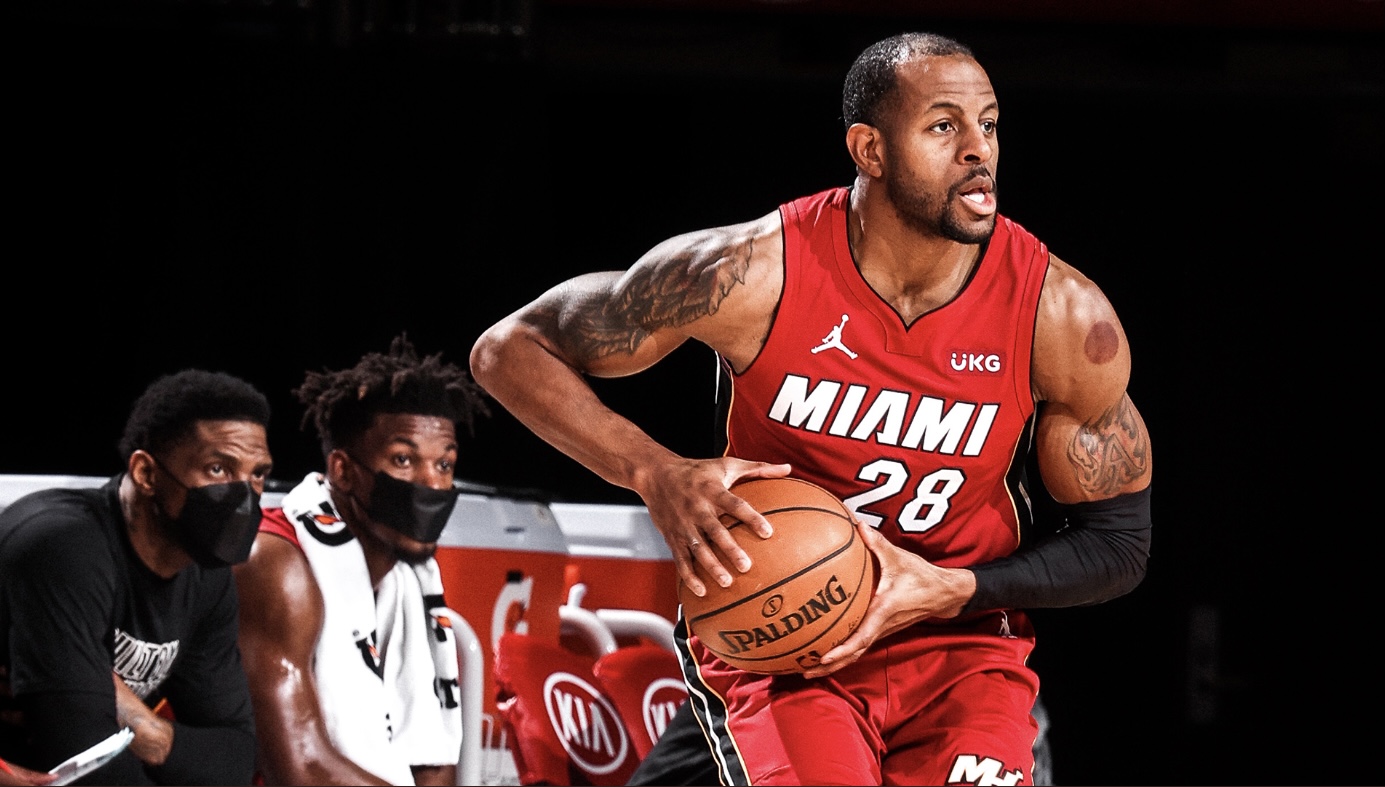 When discussing certain NBA players who do all of the small things to help their team win a basketball game, Andre Iguodala is probably one of the first names that would come up. It’s clear that most of those big time impact plays take place on the defensive end, especially in Sunday’s game against the New York Knicks.

– Interior Presence to Perimeter Presence leads to a Forced Shot

Andre Iguodala is widely known for his ability to wreck havoc on the perimeter, but there has been major improvement on handling the inside with bigger guys.

As seen here, Iguodala is battling with Julius Randle as he fights for the post-up, and Iggy gives him absolutely zero room to get into a comfortable shot. He buys just enough time for Jimmy Butler to come for the double, leading to a pass out to the perimeter.

Iguodala then switches onto RJ Barret, although it seemed as if it was an unnecessary switch, leaving Kendrick Nunn guarding Randle. He immediately goes for the help, as Randle kicks it out to the corner late in the shot clock, leading to a great defensive possession for Miami, mostly due to the constant movement from Iguodala.

Iguodala’s active hands are probably the most unique part of his game, but picking moments to use them is even more impressive.

One thing you don’t want to do in a pick and roll with Iguodala defending is pick up your dribble, since he will swarm you in an instant. On this play, he doubles Alec Burks as he picks up his dribble, and Iguodala immediately gets his hand on the basketball. The ball then rolls out of bounds off of Burks, as Miami gets the ball back.

Another reason plays like this are so important is because it’s obvious the intensity that is generated from this type of play. It’s one of the small reasons for Iggy’s overall importance to this team.

Being able to anticipate passes off the ball is one of the major defensive things that points to high IQ.

Iguodala is on the left block as Randle spreads out to the corner, while Iggy is totally focused on the developing pick and roll at the top of the key. As he sees the lob pass get thrown, he times it perfectly to get the steal, and gets Miami right into their fast-break offense.

Teams notice when a guy like Iguodala is on the floor lurking, which leads to natural discomfort throughout.

It’s necessary to take a quick second to evaluate the offensive side of the ball with Iguodala in. There has been a clear spacing issue with certain lineups, since defenses go for constant doubles to force an Iggy three ball.

The way that can be fixed is by going to certain lineups that fit him. When he shares the floor with both Butler and Adebayo, there’s limited ways to overcome that spacing burden. But playing Iguodala with only one of Butler or Adebayo cures that automatically. Surrounding those two with three shooters is all that is needed to have a functional offense in spurts of the game, but all three may be needed to close.

Iguodala has been a screener’s nightmare this season, since he’s been playing a lot of power forward. As mentioned previously, he has the physicality to handle you down low, but the lateral quickness to stop you on the perimeter.

On this possession, Miami is in a 2-3 zone, and the clear offensive goal is to take Iguodala out of the equation from the top of that zone. The only issue with that plan is that he won’t be eliminated easily. Iguodala fights through it, leading to an offensive foul on Taj Gibson.

There is a certain comfort level when Iguodala is on the floor, especially for the young guys. But it seems important to note the role he plays for Adebayo every single night.

Adebayo loves to defend out on the perimeter, but it makes it harder for him since he has to worry about what is happening on the back side. Except there doesn’t seem to be any worries about the interior when he realizes Iguodala is controlling that part of the floor.

After Adebayo doubles, it leaves Iguodala covering both Gibson at the rim and Obi Toppin in the corner. As soon as they find the open man, Iguodala sprints out to contest, leading to a missed shot.

– Late Game Stops Leads to Iguodala on the Ball

With under a minute to play, Miami leads by one and clearly needs a stop.

Randle tries to take Iguodala off the dribble, but his lateral quickness allows him to cut him off fairly easily. Randle then dumps it off to Burks as Iggy switches onto him, and it led to a very tough fade-away triple with Iguodala in his face.

These moments at the end of games show how necessary it is for Iguodala to be on the floor, no matter the offensive spacing issues that may occur. 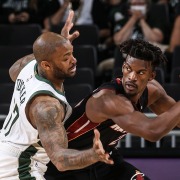 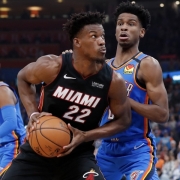 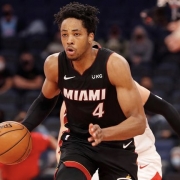 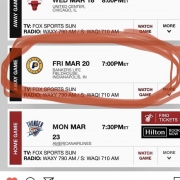 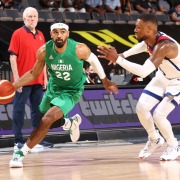 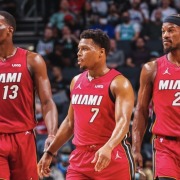