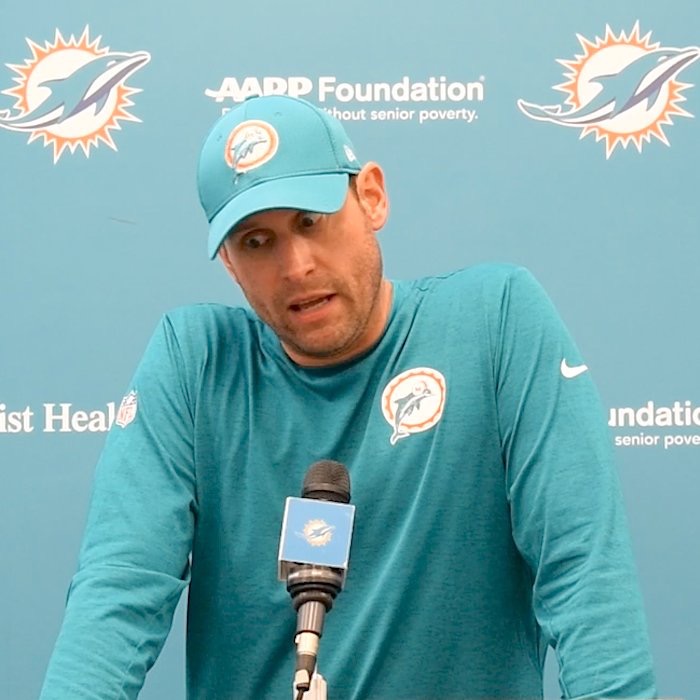 It’s been quite the soft, lucrative landing for failed quarterback whisperer Adam Gase.

The former Dolphins head coach, who created more excuses than first downs last season before his firing, snapped up a job with the New York Jets. Now he’s got a second one there, after the surprising, oddly timed firing of Mike Maccagnan.

Gase is now the interim GM.

Adam Gase went from coaching losing team, overseeing 29th offense and getting fired to running the Jets without doing anything.

Jets name coach Adam Gase as acting GM. He's the only coach in the NFL with the general manager title.

While Maccagnan wasn’t popular with many Jets fans, you don’t often see the top executive of an NFL team jettisoned (sorry) after the draft.

Naturally, there are rumors of a rift and a power struggle, because Gase certainly does seem the type.

He hasn’t typically played well with others… and does not like strong personality in his players.

Maccagnan was bringing some in.

Gase has rejected those rumors.

Others aren’t so sure.

Liked the player, didn’t love the money is how I heard it on Le’Veon Bell. Adam Gase also didn’t love the price tag on CJ Mosley. It all added up. https://t.co/BOZw4b5GwX

All in all, this seems a positive development for the Dolphins, considering the Jets are division rivals.

The Dolphins now seem to have a competent person in charge, one who will likely be accountable. Brian Flores has shown that in his early press conferences. He is confident, but his ego does not appear out of control.

The Jets have a guy who thinks he knows everything, and doesn’t — and now has another major responsibility he probably won’t handle well.

Photo by our Tony Capobianco.