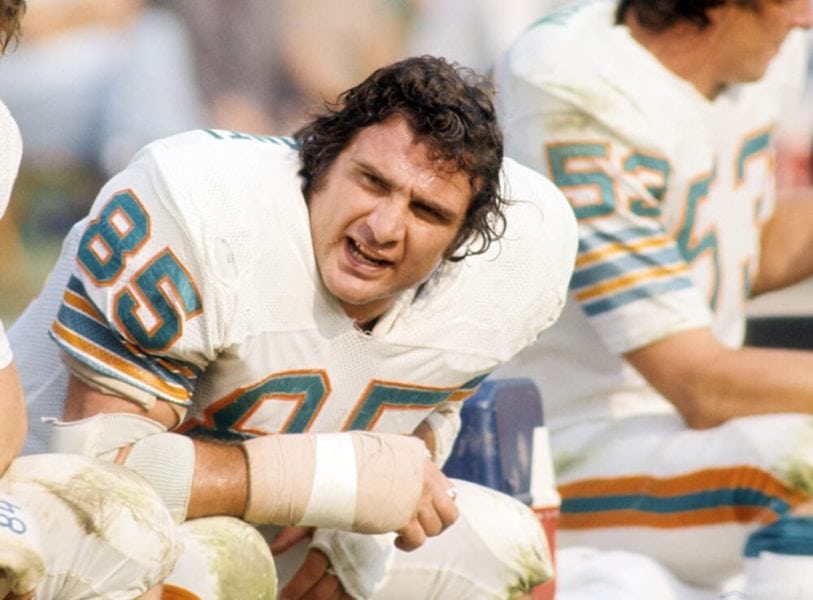 Former Miami Dolphins legend and Hall of Fame linebacker Nick Buoniconti, who was the leader of the “No-Name Defense” of Miami’s 1970s Super Bowl teams and co-founded The Miami Project to Cure Paralysis, has tragically passed away at age 78. The announcement came from his family, with his son giving a statement shortly after it was reported by Hal Habib of the Palm Beach Post. He died on Tuesday in Bridgehampton, New York, per family spokesperson Bruce Bobbins.

“Today, with a heavy heart and profound sorrow, my family and the entire Miami Project to Cure Paralysis and Buoniconti Fund community mourn the loss of a man who was truly larger than life, my father, NFL Hall of Famer Nick Buoniconti,” Marc Buoniconti said in a statement. “My dad has been my hero and represents what I have always aspired to be: a leader, a mentor and a champion.”

Buoniconti went on to have a 15-year career in the NFL. After his retirement, he and his son Marc raised over a half-billion dollars for paralysis research. Marc was paralyzed from the shoulders down attempting to make a tackle for The Citadel, so the research is very personal for the whole family.

Though no cause of death has been specified, it’s well-documented that Buoniconti was diagnosed with CTE. This degenerative brain disease associated with repeated blows to the head has been the cause of much – and continuing – reform within the game of football at all levels. Buoniconti struggled with the disease and knew something was wrong with him.

It was a long, hard road for the undersized linebacker. He would forget where he was, he had deteriorating recollection of past events. He required assistance just to live everyday life. That’s a far cry from the triumphant moments spent on the football field. In his last days, Buoniconti was placed in hospice and battled pneumonia. That was on top of his other ailments. At last his suffering is over.

Beyond the paralysis foundation, Buoniconti requested that his brain be donated for scientific research. This will hopefully further the advancement to finding an eventual cure.

Buoniconti started his football career going in the 13th round to the Boston Patriots of the upstart AFL. He played with them from 1962 to 1968. Then he went to Miami, and played with them from 1969 to 1974, as well as 1976. During his 15-year career, Buoniconti was an eight-time Pro Bowler, five-time first-team All-Pro and racked up 32 interceptions. His number of total tackles aren’t available, but watching him play, it was clear he was a tackling machine. He even set a team record in 1973 with 162 tackles.

After he retired, Buoniconti spent time as an attorney, a broadcaster, the president of U.S. Tobacco, and even an agent to the likes of Andre Dawson. Finally, he was inducted into the NFL Hall of Fame in 2001.

Now, his family will carry on Buoniconti’s legacy, and all of Dolphins nation mourns the loss of a legend.