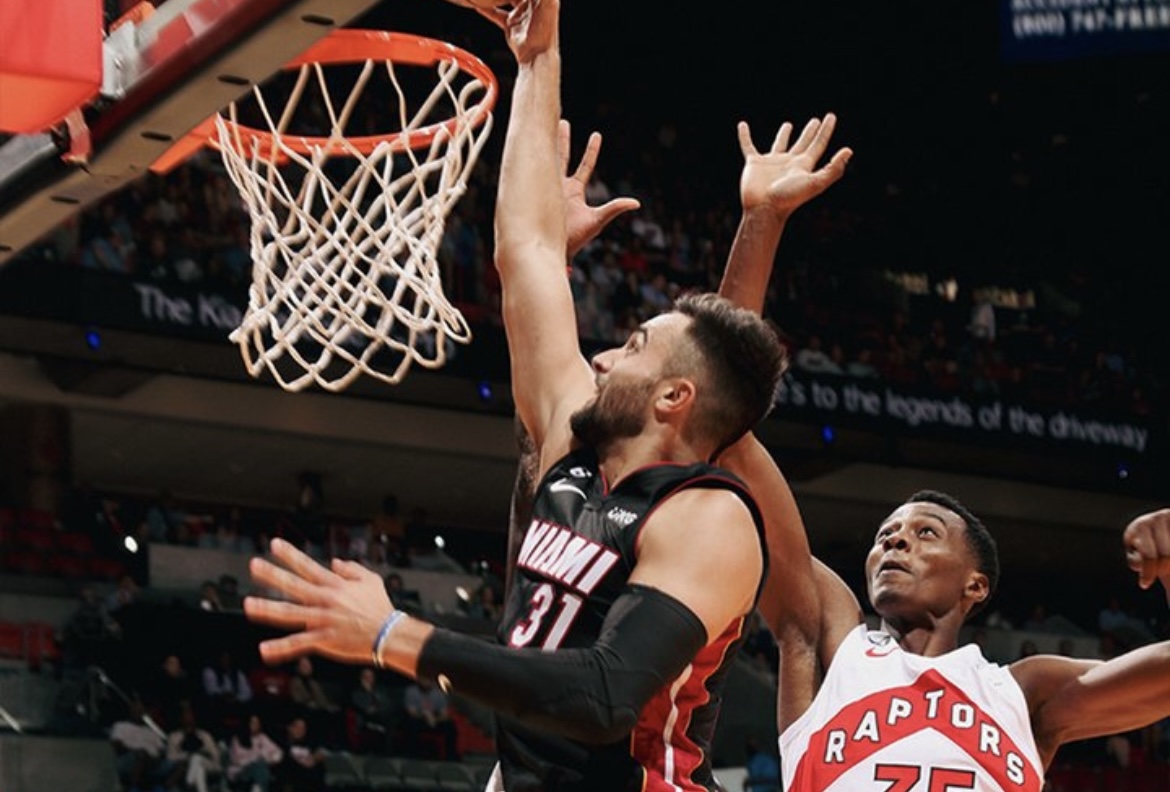 So the Heat bounced back on the second night of a back to back against the Toronto Raptors, getting a much needed win to begin the season.

This game wasn’t a very normal or consistent one, since while they were clicking on all cylinders in the first half, it tailed off and ended up being a close game.

Either way, here are some takeaways of both the good and the bad…

#1: The return of the offensive movement.

A question I posed exactly 24 hours ago was a rather simple one: where is the movement? Two-man actions were being run for this Heat offense against Boston, but not many more layers added on. Tonight, though, they showcased a total flip in that nature through the first 24 minutes of basketball. The first element of movement simply involves the ball. When things got stale, it was because isolations were most of the time the end result. This time around we saw a good amount of extra passes and necessary swings to keep the defense honest. The second element of Miami’s movement regards just bodies roaming. Off-ball screening, simple back-cuts, and perimeter hand-off searching is the engine to positive half-court offense. It was obviously the primary intention heading in, and they responded with a 71 point first half.

We know what Max Strus is at this stage. He’s a guy who fits next to anybody, and can shoot the heck out of the ball no matter the contest. But while watching this game tonight, I’m sure some other stuff caught your eye. Step 1 included his weak-side defense and timing. I’m not going to sit here and act like the Heat’s defensive rotations were where they want them to be, but Strus showcased incredible help timing to muck up straight line drives and account for some charges. The other main part of his performance ties back to my previous takeaway of movement and cutting. He’s just hard to continually account for. Guys find him around the rim a ton since he’s not a standstill threat. Keys to staying on the floor late in games.

When zooming out career wise, we know Tyler Herro as a high level outside shooter or developed into an elite off the dribble scoring threat. We also know Kyle Lowry as a consistent creator both for himself and others, while always mixing in elite efficiency numbers as a spot-up threat. But sometimes the simple and original read of a player finds it’s way more consistently again. That was one of my primary takeaways tonight, as Herro pretty much continues to soar as a true rim pressure threat. He’s slashing on the ball in ways that make it so much tougher to guard within that two-man action. Lowry, on the other hand, was definitely going to be getting extra off-ball reps with the amount of creators on this roster. But 3 for 3 in the first half on spot-up triples proves this theory to be correct. Catch and shoot Lowry combined with relentless attacking Herro is a formula for very good offense.

#4: Caleb Martin with an ejection…and a lifetime Heat contract?

So things picked up a bit in the third quarter as Miami possessed a pretty comfortable lead. Some emotions were rising as Tyler Herro and Paschal Siakam got tied up a bit after the play. A few minutes later, *the* play happened. What seemed like a usual foul down low turned into a linebacker shooting the gap of the o-line. Caleb Martin stood over the top of Christian Koloko, leading into a body slam takedown into the courtside seats on the baseline. Both players ended up being ejected, but it was an interesting twist to this game. Martin may have gotten thrown out of this one, but he simultaneously may have been thrown a lifetime Heat contract after that display of emotion and toughness. Well, for the moment. It ended up being pivotal in terms of the Raptors storming back in the second half, but Miami pulled it out.

A consistent theme across all 3 games of Heat basketball this season has been turnovers. They actually forced Boston into double their number last night, but they’re still putting up a pretty uncomfortable number. Some of that is fine if it’s occurring through an offensive process of risk taking in the half court, but I don’t truly feel that’s been the case. Many of them are just playing at a different speed than the next guy, or forcing stuff that is so clearly not there for them. If this team ends up in the bottom 10 in pace again, which will be the case, a high turnover outcome can’t be the result on a nightly basis. 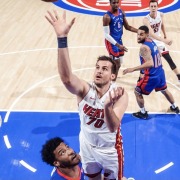 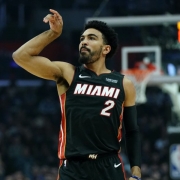 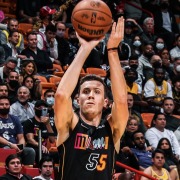