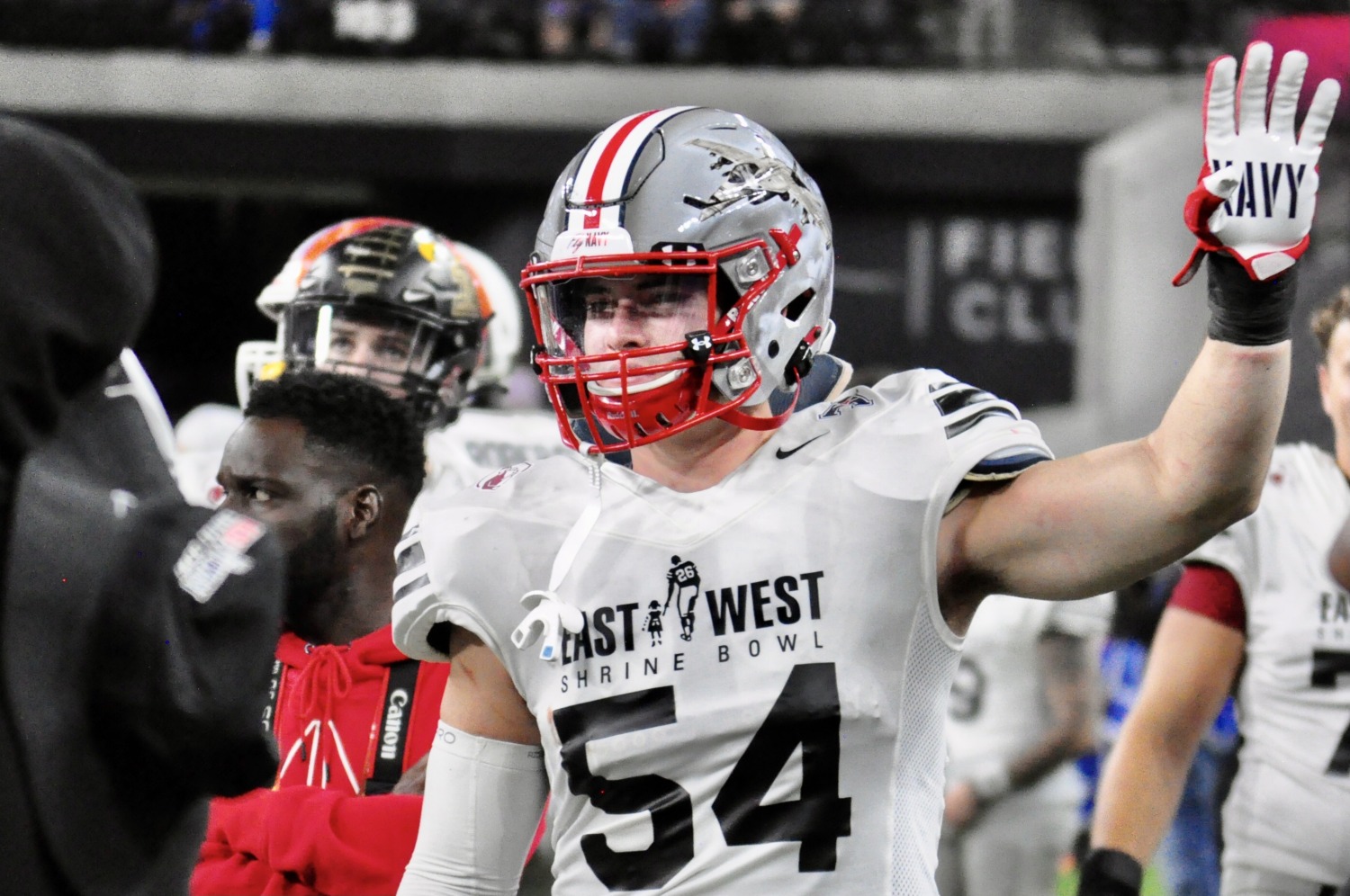 LAS VEGAS — Despite the West winning the Shrine Bowl 25-24 on Thursday, both the offensive and defensive MVP went to the East.

Navy linebacker and Ft. Lauderdale native Diego Fagot was named the defensive MVP for totaling seven tackles and a sack that brought the fans at the lower bowl of Allegiant Stadium to their feet.

“It was a great feeling,” Fagot said.

After a career in Navy in which he led the Midshipmen in tackles for three straight seasons, it wasn’t until he was invited to play in the Shrine Bowl

“I always went into the Naval Academy loving football,” Fagot said. “I didn’t know it was gonna happen really until the end of my senior year.”

The entire week was a learning experience for Fagot, who spent days of practice and meetings with NFL assistant coaches and scouts, leaning a playbook and gel with contemporaries on the fly, all while enjoying what Las Vegas has to offer.

“It was really cool to compete with all these guys out here and just take the time and do what I do best,” Fagot said. “I’m just playing ball and doing what I love.” 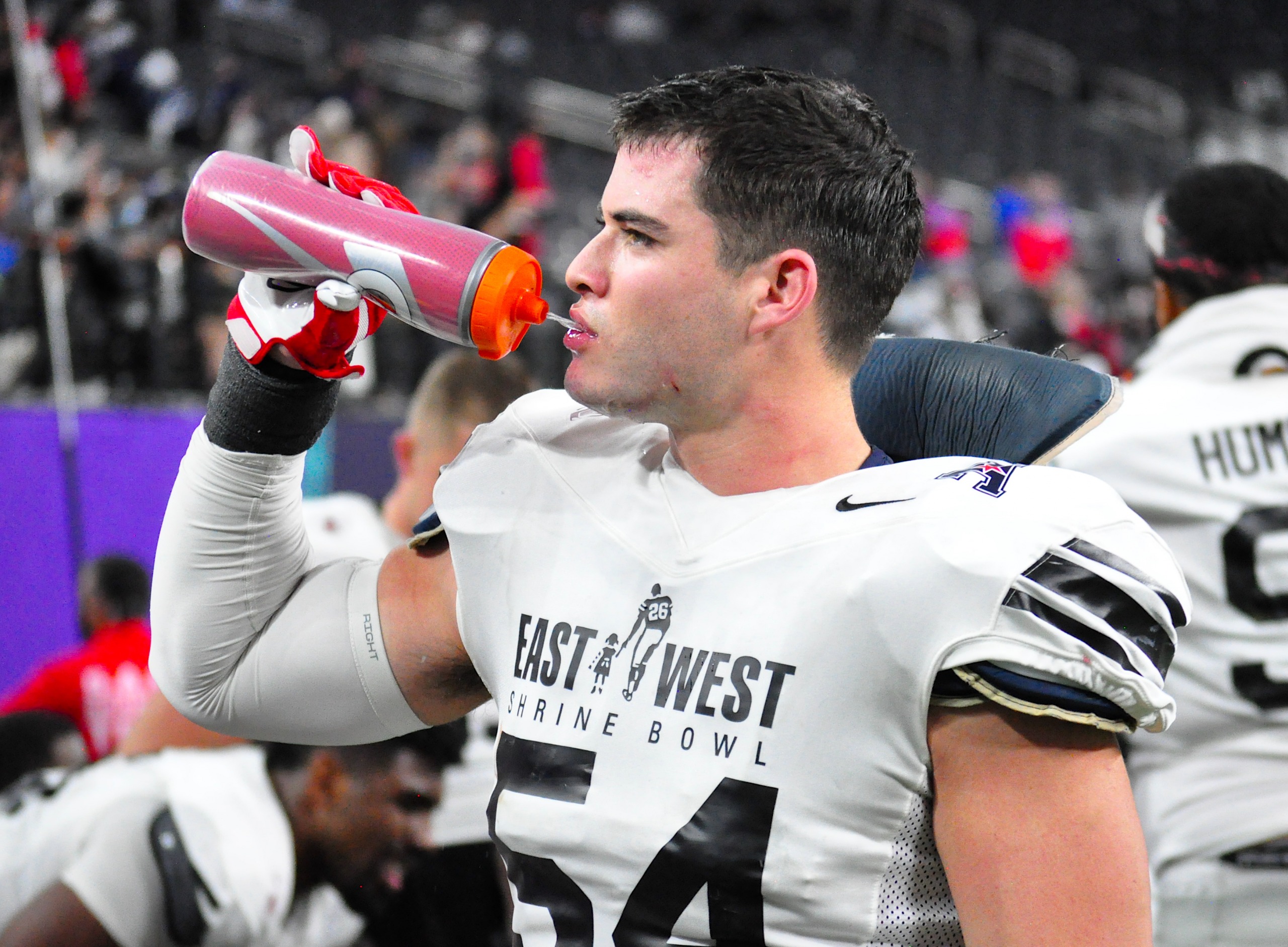 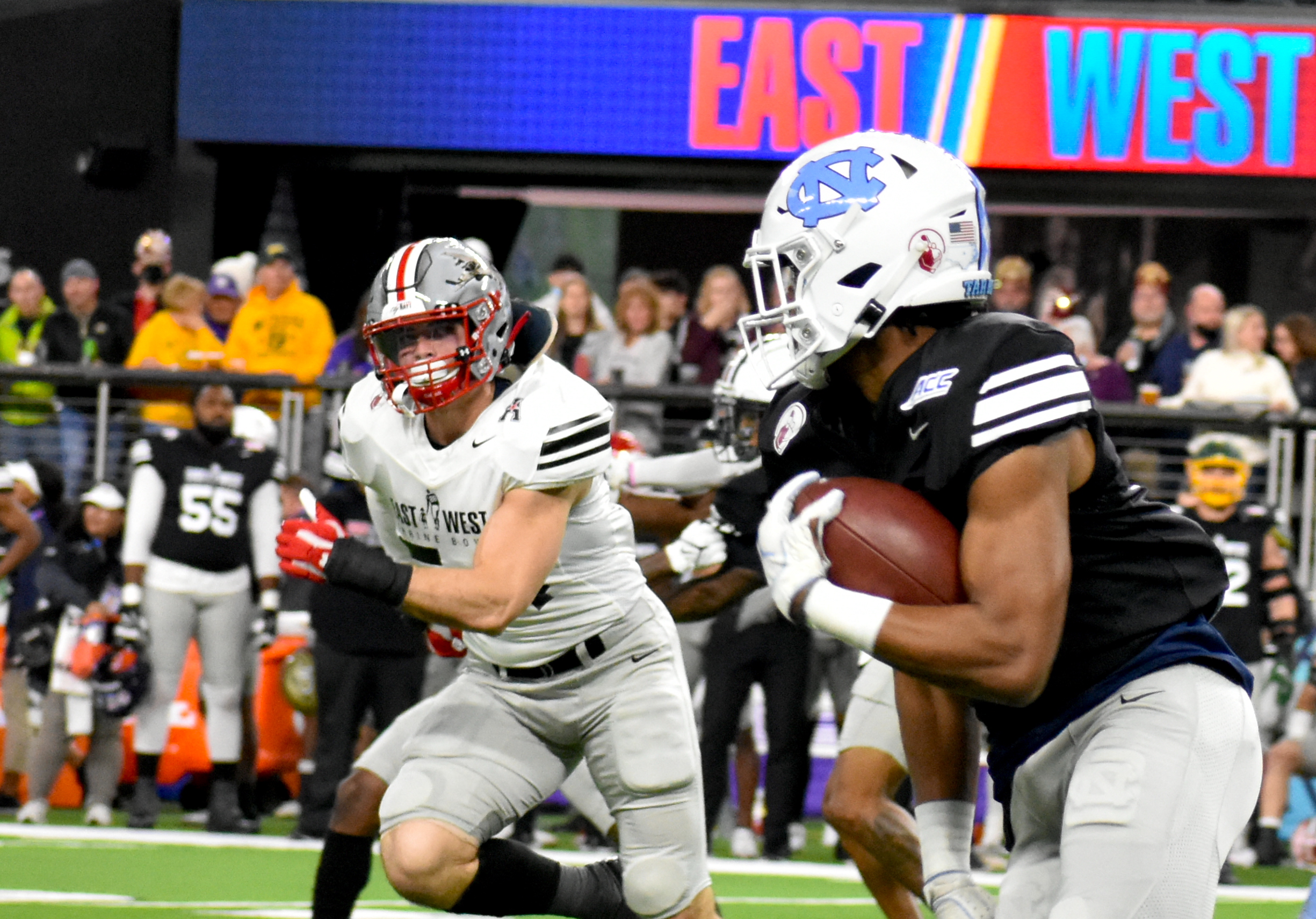 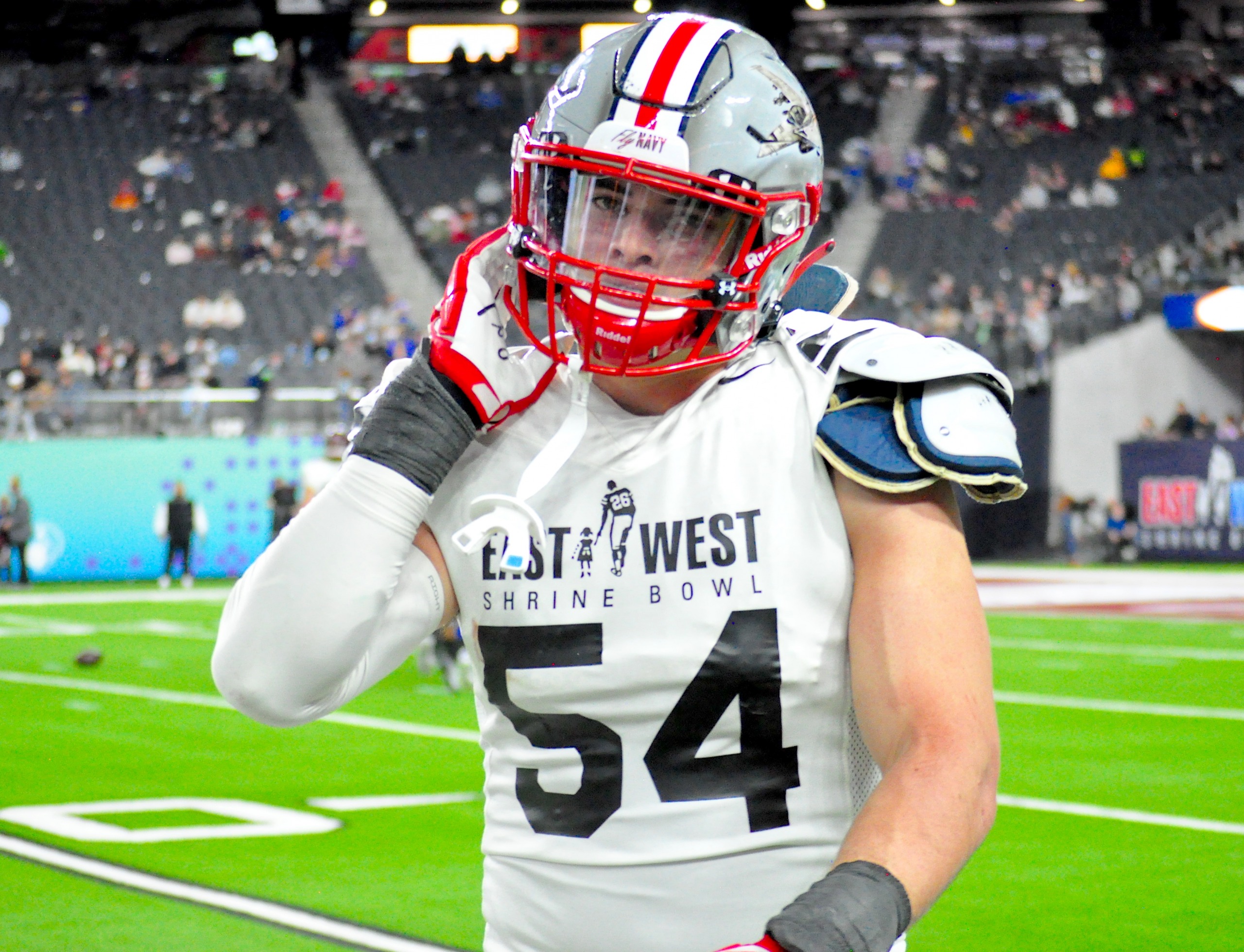 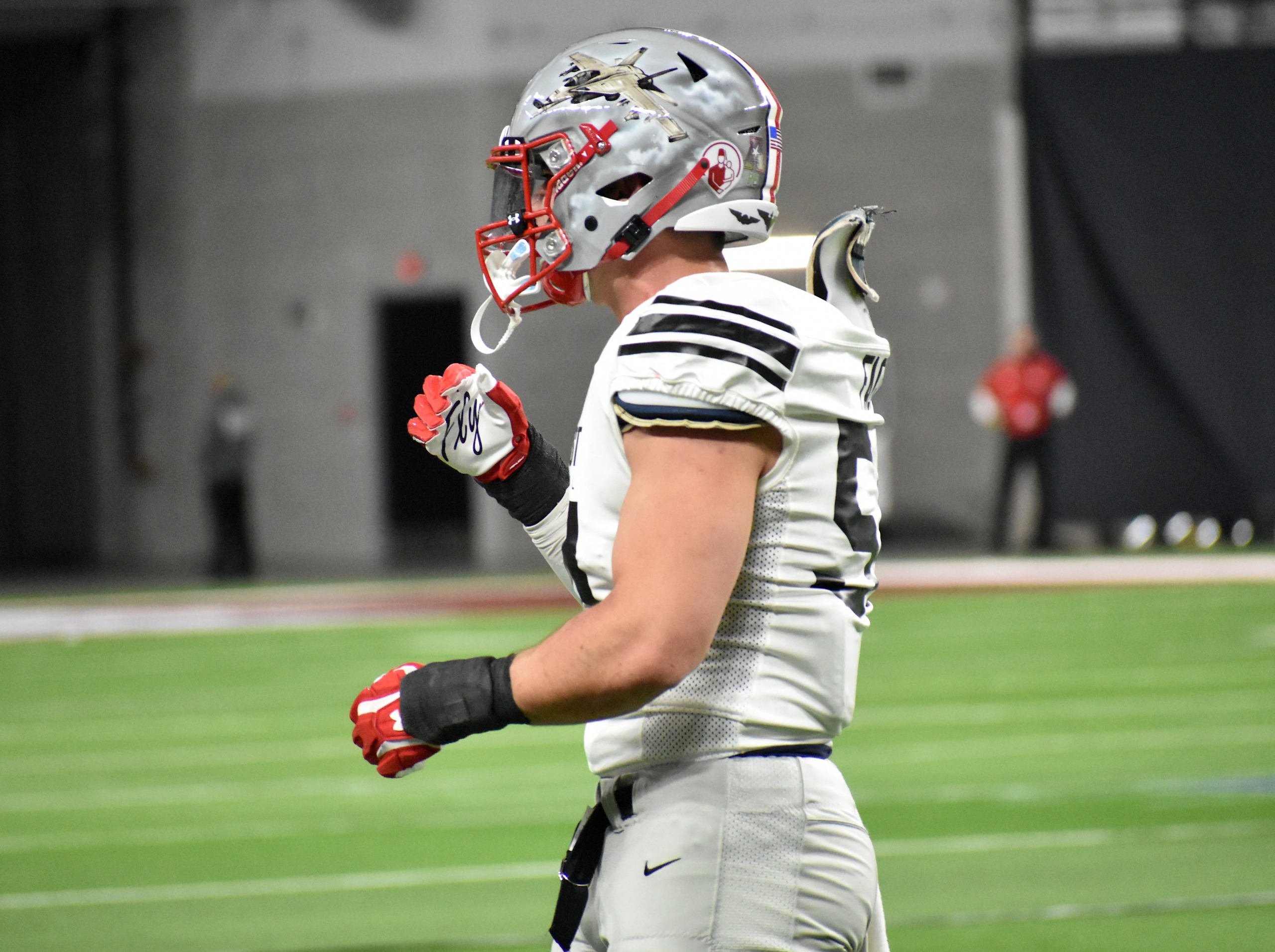 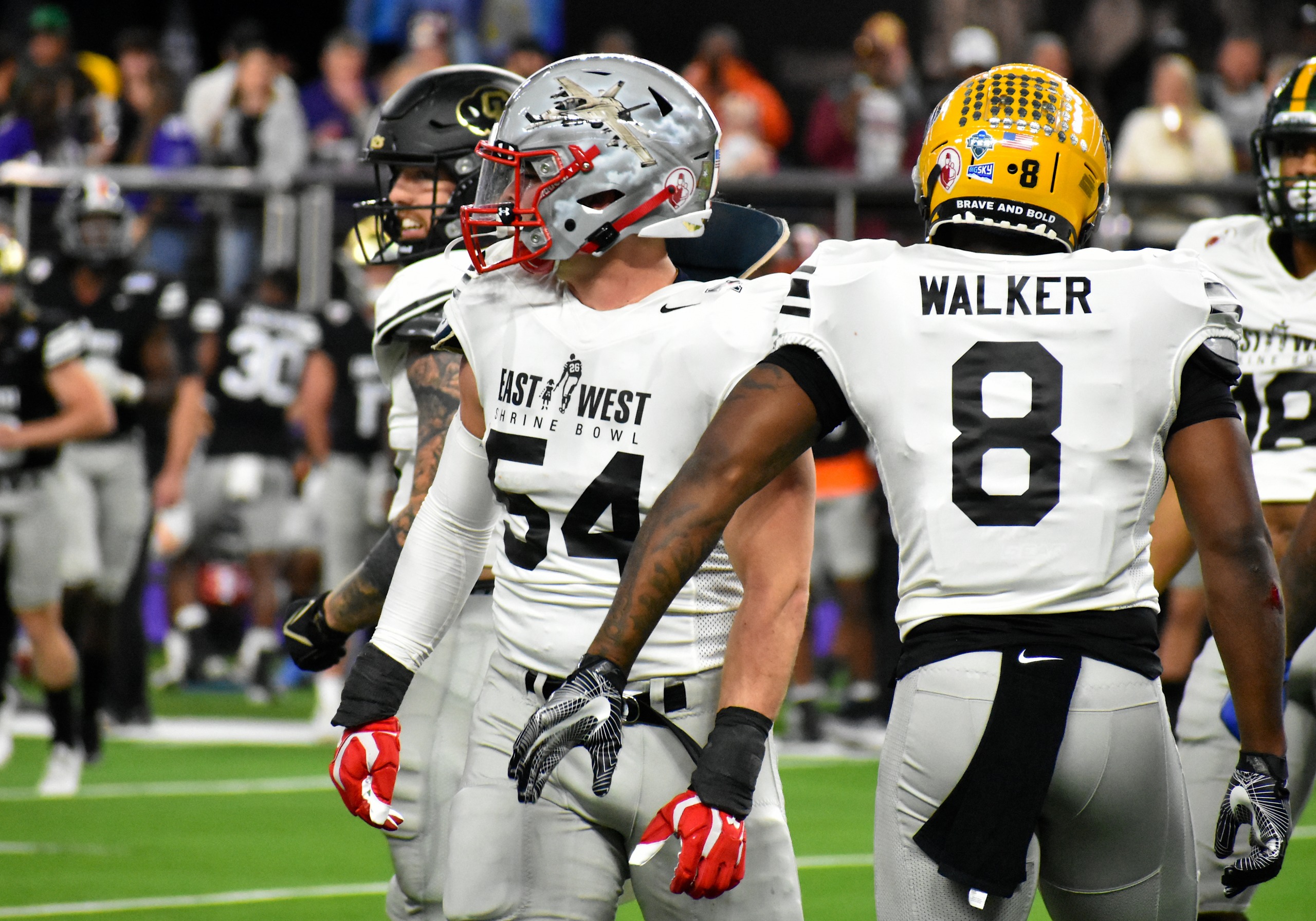 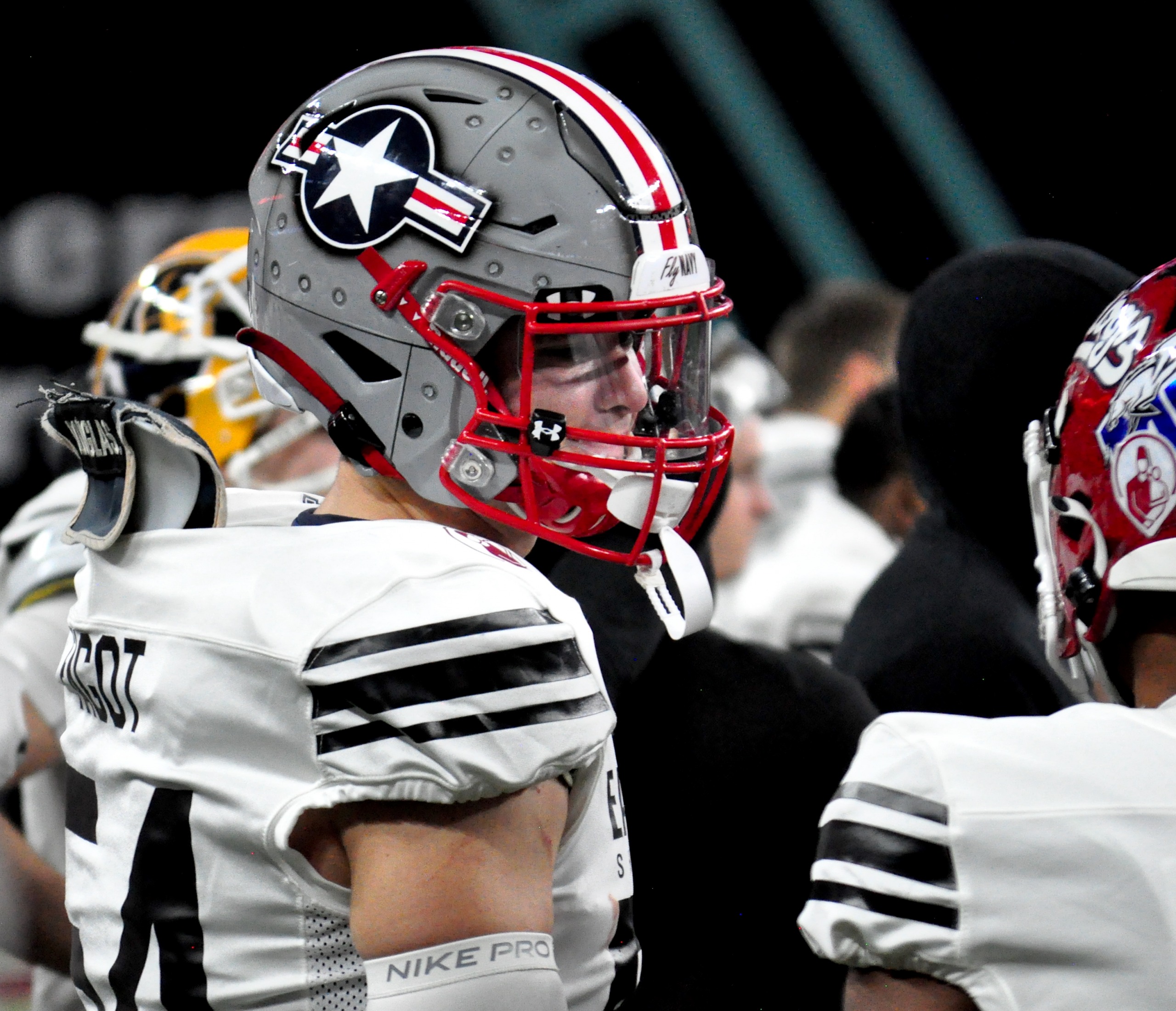 On the offensive side of the ball, Brown quarterback EJ Perry entered the game in the second half down 11 points and threw for 241 yards and three touchdowns to nearly complete the comeback. The only quarterback from the FCS turned in the best performance of all and was named offensive MVP.

His team may have lost but he certainly felt victorious, running to the stands to celebrate with his friends and family, all wearing shirts showing pride in their hometown of Andover, Mass.

“I just wanted to come here and get better,” Perry said. “They set up an amazing game. We got to learn all week from NFL coaches who taught us so much. [Seahawks quarterbacks coach Kerry Jospeh] was awesome. We got to learn a playbook in a week, which is something we’re all going to have to do in minicamp. It was great practice for that and it was an unbelievable learning experience.”

The Shrine Bowl has historically been the game where the often overlooked NFL Draft prospects showcase their skills and make an impression on coaches and scouts. Turning in MVP performances in a college football all-star game puts these two underdogs one step closer to their NFL dreams.