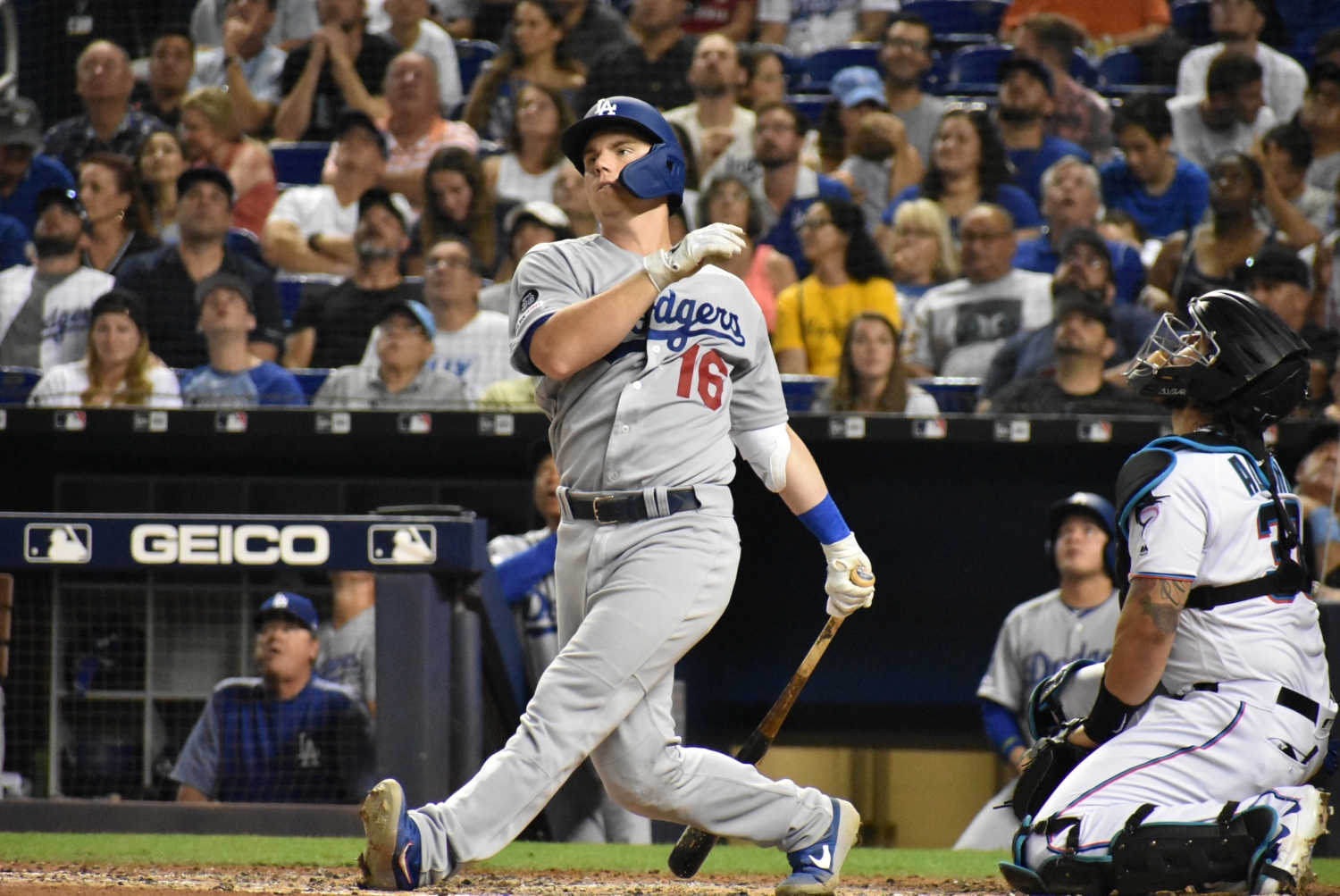 They reached that bench mark by unloading a barrage of bombs to fry the Miami Marlins 15-1 on Tuesday.

“It was as good a night as we’ve had all year, and that’s saying a lot,” Dodgers manager Dave Roberts said. “Just a relentless approach.”

Will Smith hit two home runs, one in the fourth inning right after Corey Seager hit his 10th of the season and another in the sixth inning. Since being given the starting catcher role on July 27, the rookie catcher has knocked in a hit in 11 of 14 games, going 16-for-45 (.356) with 10 runs, seven doubles, six homers and 20 RBIs in his second big league stint.

“It’s special to be here,” Smith said. “It’s a special team. Eighty wins already, but we’re trying to work for those last couple wins at the end of the year.”

“He’s taken it and run,” Roberts said. “He really has. Most importantly, behind the plate and his relationship with the pitchers, with [pitching coach Rick Honeycutt] as far as gameplanning. Just in the batter’s box, he’s really continued what he did in Triple-A. To see that maturity, the confidence, it’s very rare, especially when you’re playing with a team that is trying to win a championship. For him, it just makes us that much better.”

Cody Bellinger also tied a career high with his 39th home run when he and Justin Turner teed off Wei-Yin Chen back-to-back in the seventh inning.

“Everyone wants to be great on this team,” Bellinger said. “That’s what we’re showing.”

The Marlins have given up 13 extra-base hits, the most in club history. Miami has also given up a home run in 15 straight games.