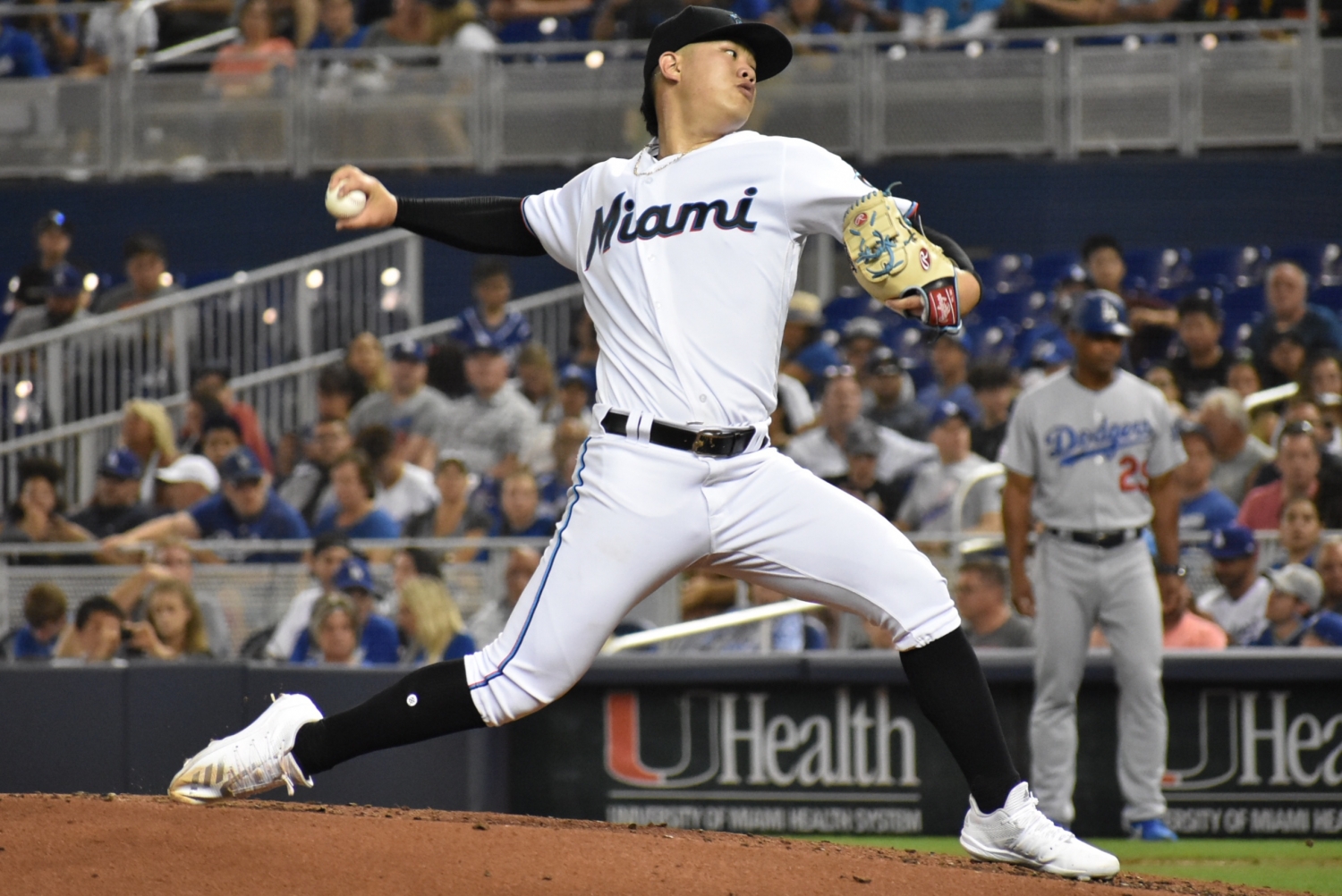 Jordan Yamamoto became the second member of the Miami Marlins’ return package from the Christian Yellich trade and got to a hot start. He became the third starting pitcher in franchise history to begin his career with at least four consecutive victories, joining Livan Hernandez (9-0 in 1997) and Anibal Sanchez (4-0 in 2006).

Then he faced the Los Angeles Dodgers and everything changed.

After wining a home series against the San Diego Padres, the Marlins traveled to Los Angeles with Yamamoto toeing the rubber on July 21. The rookie run face first into the buzzsaw that is the two-time defending National League champions and allowed five runs in four innings, including two of the Dodgers’ three home runs.

That started a five start slump in which he has gone 0-4 with an 8.28 ERA. Against the Dodgers on Tuesday he lasted five innings but only got two strikeouts and gave up four runs including back-to-back home runs in the fourth inning, leading to a 15-1 disaster of a series opener at Marlins Park.

Home runs have been his main downfall, as he has allowed eight during that five-game stretch. Being a rookie, the rough stretch was bound to happened and during a rebuilding year in which the postseason is not in reach, learning from losing is a vital part of taking the next step.

“It’s always a learning experience, from losing,” Yamamoto said after making his 11th big league start. “It [stinks] to lose. But at the same time, you still learn a lot about yourself and your team in those hard times.”

“I think Jordan actually was OK,” Marlins manager Don Mattingly said. “I feel like, actually, his last three have been good. He was aggressive.”

In the midst of losing, Yamamoto is at least winning the respect of those who beat him.

“Yamamoto, I think this kid has got some good stuff,” Dodgers manager Dave Roberts said. “He can pitch, but we got to him. Credit to our guys.”