A member of the Miami Dolphins has opted out of playing in the 2020 season. Wide receiver Allen Hurns has elected to not participate in the upcoming season.

Hurns is the first Dolphin that has opted out of playing. The wideout offered production for Miami, and proved himself a valuable receiver. He caught 32 passes for 416 yards and two touchdowns in 14 games with Miami. He signed a two-year extension in November.

Although the Miami Dolphins would have liked his production, the organization still has plenty of targets at wide receiver. DeVante  Parker, Albert Wilson, and Preston Williams are some of the bigger names at the position. In particular, Parker looks to have a successful season. He really came into his own last year, after catching 72 passes for 1,202 yards and nine touchdowns.

Who will step up for the Miami Dolphins?

This just means that another Dolphins receiver will have to step up. Parker playing well is almost a guarantee. I would look for somebody such as Preston Williams to have a big season. After recently being cleared for football activities, he looks to really make his mark this year. After tearing his ACL in week nine, a  2019 season in which he had good momentum was put to a halt.

If the Dolphins can get a reliable secondary option to play well, this could take some of the burden off of Parker in the passing game. With how well he was playing before his injury, I expect Williams could be the one to take the next step.

With players opting out at a fast pace, this is going to allow for players all around the league to make their mark. As the Miami Dolphins get set to embark on a hopeful 2020 season, it will be interesting to see if that modifies the Dolphins passing game. 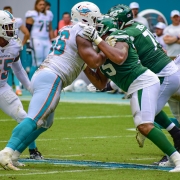 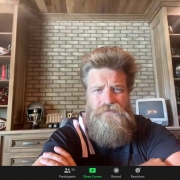