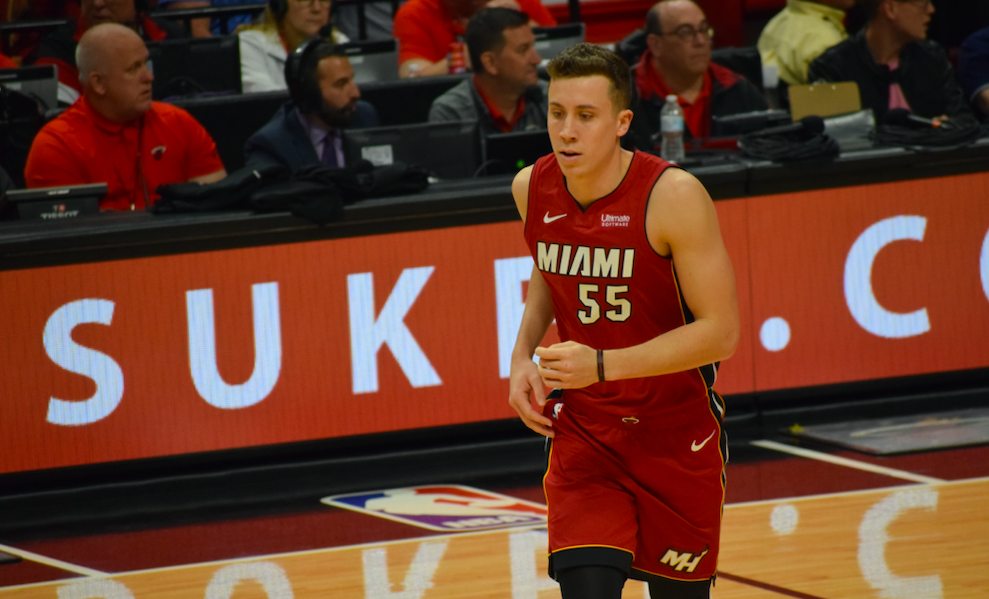 The Miami Heat got a big boost on Wednesday night.

The Miami Heat have themselves a spark plug. He goes by the name of Duncan Robinson, and his ability to convert from behind the arc was on full display Wednesday night. In a season where unheralded names have stepped up and propelled the Heat to success, Robinson put on a show for an excited AmericanAirlines Arena crowd.

Robinson scored 29 in total, and he had himself quite a night. Then again, it was just another impressive contest in what has been a great season for him. At first glance, his statistics are not eye-popping. In 12 contests the season, he has averaged 9.7 points per contest.

However, he has had three games of at least 20 points. His 21-point outburst against Minnesota on October 27 was his first one. His 23-point outburst against the Houston Rockets was his second one. Wednesday evening, he dominated the Cavaliers for 29 points. Unlike the old adage that goes “bad things come in threes”, this is quite the opposite.

Sure, 29 points is impressive. However, when you break records, it means that much more.

Robinson recorded eight three-pointers in the first half. Prior to Wednesday night, the record for three pointers in a half was six. Wayne Ellington achieved that mark in the second half of a 2006 game against the Toronto Raptors.  Safe to say, it had been a while since that record was broken.

A personal record was also shattered as Robinson’s career-high for points was 23. He recorded that mark under the roof of the Crisler Center at Michigan. It was only fitting that his college coach was there to watch him achieve the feet Wednesday night. However, his coach was not watching from the stands.

John Beilein is in a different role as head coach, having traded in his Michigan Maize and Blue for Cleveland Wine and Gold. It’s funny how things come full circle.

With Robinson playing all 41 games for Michigan in the 2017-18 season, there is no doubt he is a fierce competitor.  Having been a part of several successful Michigan teams, Robinson has always been prepared to succeed.

He showed it on Wednesday. He is becoming a key contributor for a team who has received enormous contributions from unexpected sources.  In a season where many have doubted the Miami Heat, he is proof that success comes in many forms. 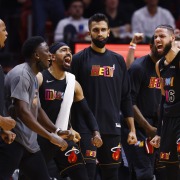 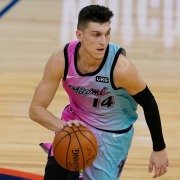 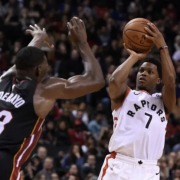 What Are Some Miami Heat Draft Patterns?
0 replies