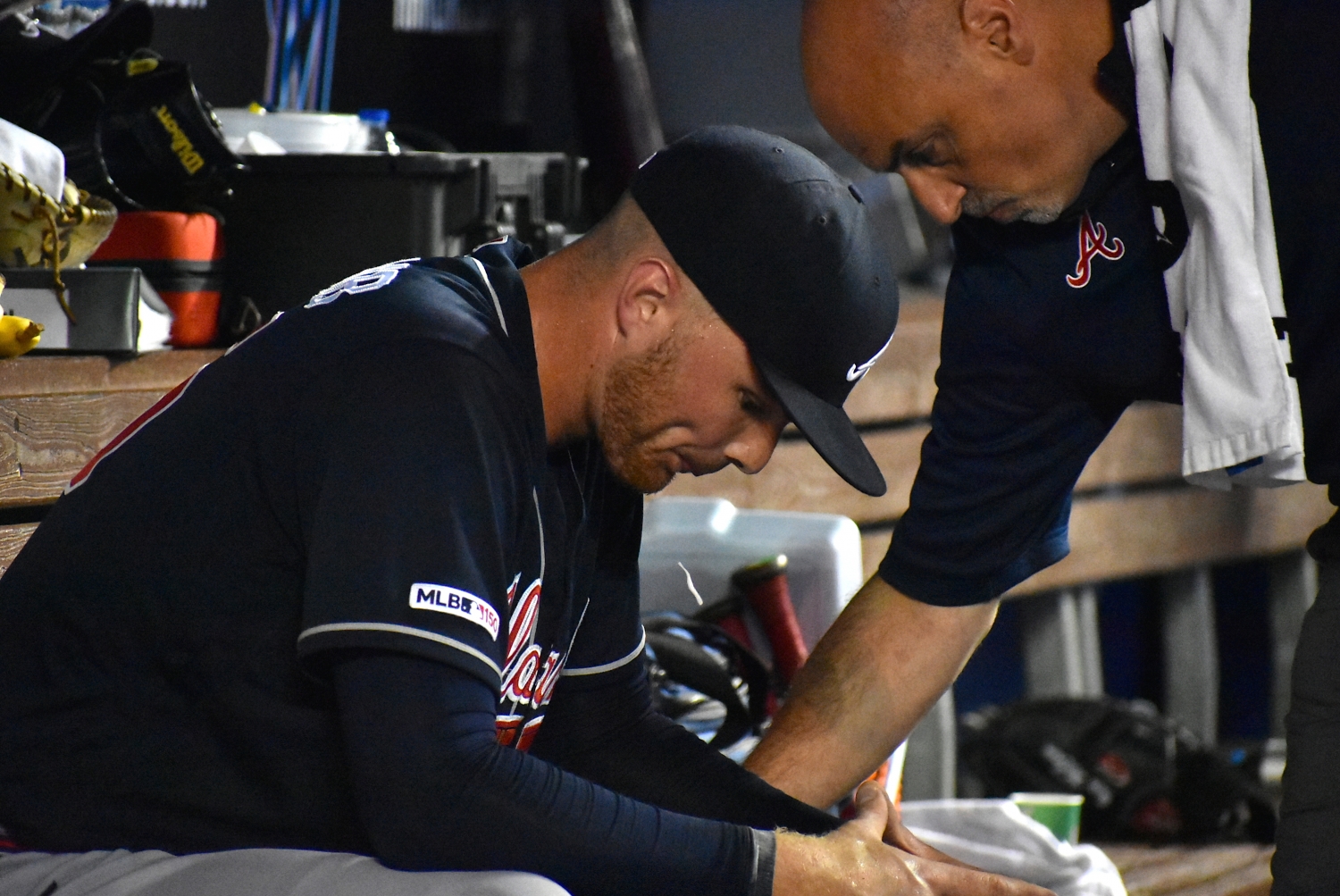 The Miami Marlins didn’t have enough leftover magic from Saturday’s thrilling comeback win to carry them over to Sunday. Sean Newcomb helped secure the Atlanta Braves’ 5-4 win with two strikeouts in the bottom of the eighth before Andrew Swarzak came in to finish the inning. It was enough to be considered redemption after giving up the winning run on Saturday’s 7-6 Marlins win.

Shortly after Martin Prado hit the walk-off sacrifice fly in the 10th inning, Newcomb furiously kicked a metal garbage can towards a fire extinguisher in the dugout tunnel, which then sent chemical dust and smoke spewing down, making its way into the visitors clubhouse at Marlins Park. The smoke also went into Marlins Mermaids locker room, which kept the dance squad from leaving on time.

“We were all kind of laughing afterward and were like, ‘It stinks we lost, but we’ll remember this,'” said Luke Jackson, who got the save for the Braves on Sunday. “It was funny. These are the teams that win championships. You lose a game, but you build camaraderie, and I think it’s a win.”

It doesn’t take much to create a rally icon in baseball. For the Braves this weekend, a busted up fire extinguisher did the trick. Ronald Acuna and Ender Inciarte homered to carry Atlanta to victory.

Not everyone on the Braves was present during the incident. Mike Foltynewicz, who got the win on Sunday, was in the team hotel before it happened and entered the ballpark shocked when he heard about it.

Because of Newcomb’s tirade, the cleanup crew was in Marlins Park until early morning on Sunday. By the time they finished, they could’ve went straight to church. Sean Newcomb reportedly apologized to the stadium employees and even offered to pay for any damage.

The Marlins split the series with the Braves and took their only two home wins against their division rival.

“We had to fight like hell to get a split, and I’ll take that,” Braves manager Brian Snitker said. “This place was haunted for us these last four days.”

Jarren Williams is the Hurricanes’ QB1
Scroll to top