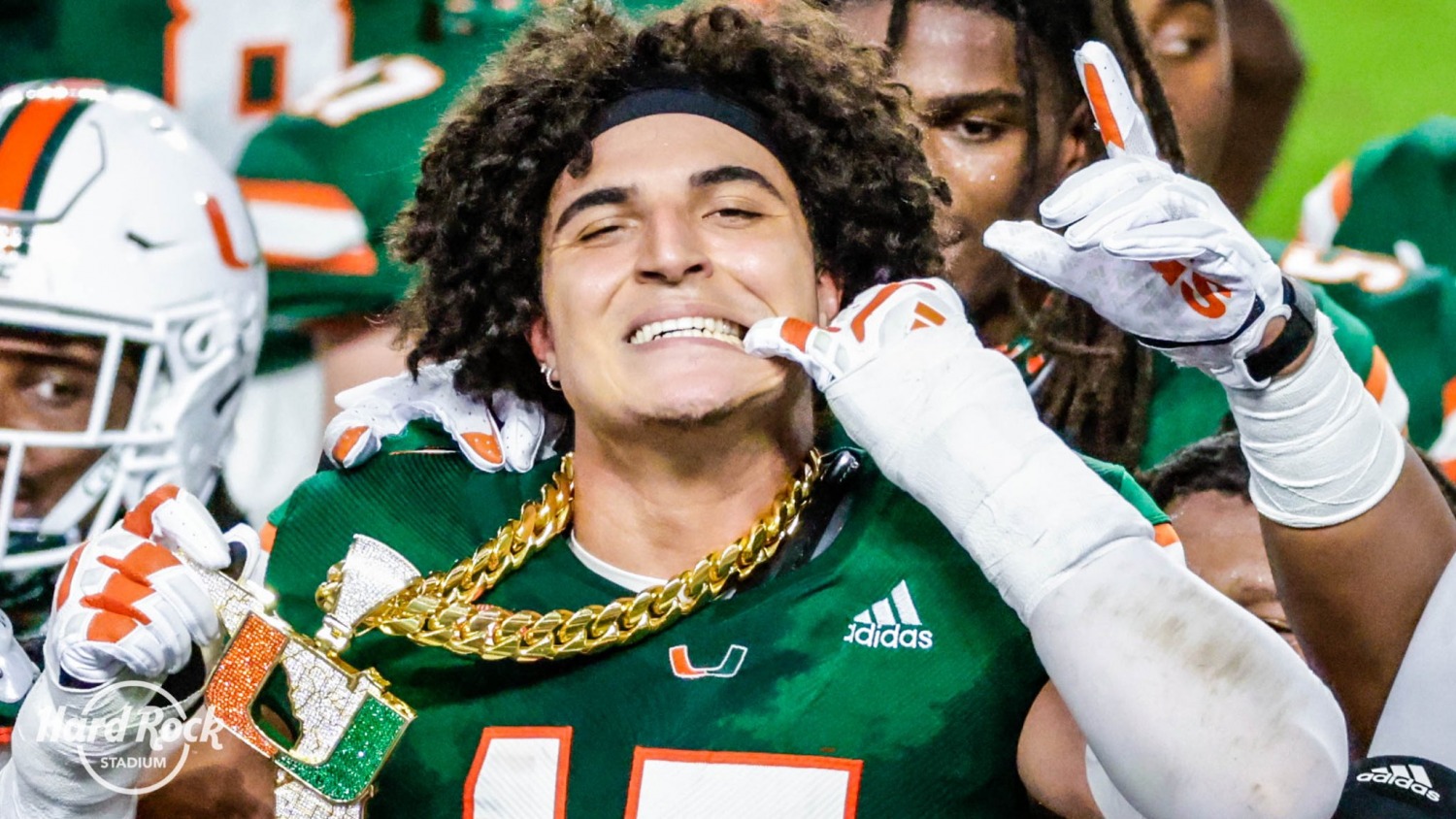 After the much awaited pick at #6 of Alabama WR Jaylen Waddle by the Miami Dolphins, their selection at #18 seemed just a little less smoky, with some predicting that Coach Flores would opt for Waddle’s teammate, RB Najee Harris. But turns out, they did not have to look far as the Fins selected a prospect who is no stranger to Hard Rock Stadium: former University of Miami defensive end Jaelan Phillips.

This sounds so much better when @nflcommish says you're staying in the 3️⃣0️⃣5️⃣!

The 6’5 1/2″, 260-pound Phillips enjoyed a phenomenal season with the Canes in 2020, compiling 21 tackles, 8 sacks, and an interception as part of a dominant UM defensive line. His best game came against Virginia Tech after recording 8 tackles, 4.5 TFL’s, and 2.5 sacks.

Phillips’ road to becoming a first-round pick is nothing short of a roller coaster. He arrived at UCLA with a lot of hype as the top high-school recruit in the country as a linebacker. After playing 11 games in 2 seasons, he decided to medical retire from football in December of 2018 after a string of concussions and other injuries.

His injuries include spraining both of his ankles in his freshman year, along with hurting his wrist in a moped accident that needed two surgeries. But just two months later, he entered the transfer portal. Soon, UM head coach Manny Diaz came calling and was willing to give him a “second chance,” so he opted to transfer to Miami. He sat out in 2019 due to transfer rules.

In addition, Phillips’ second passion is music, as he did enroll in the Los Angeles City College after medically retiring and also attended the Frost School of Music at UM to study music production. But don’t fret Dolfans, as he indicated in a recent zoom call with reporters: “Obviously, I love music. But I love football more.”

Through it all, @JJPhillips15 rekindled his love for football at The U.

His hard work and perseverance helped make him a first round pick and a @MiamiDolphins. pic.twitter.com/FyJWwsEh7F

It was well-known that the Hurricanes would have two defensive ends selected in the first round on Thursday night: Phillips and Gregory Rousseau.

However, after watching Phillips this past season and on his pro day, it is clear to me that Phillips is the more-polished player in terms of speed and athleticism.

He ran a 4.56 40 and his movement and hips are very smooth, as  displayed by a 7.01 3-cone drill time. With 33.25″ arms, his wingspan has also helped him win a lot of battles up front. His versatility gives coach Flores a lot to work with as you can line him on the edge or even slot him at linebacker in a 3-4.

I feel comfortable looking at Phillips as a player that you can also play immediately and expect to contribute right away. Miami filled a huge need with this pick so I give it a B+.