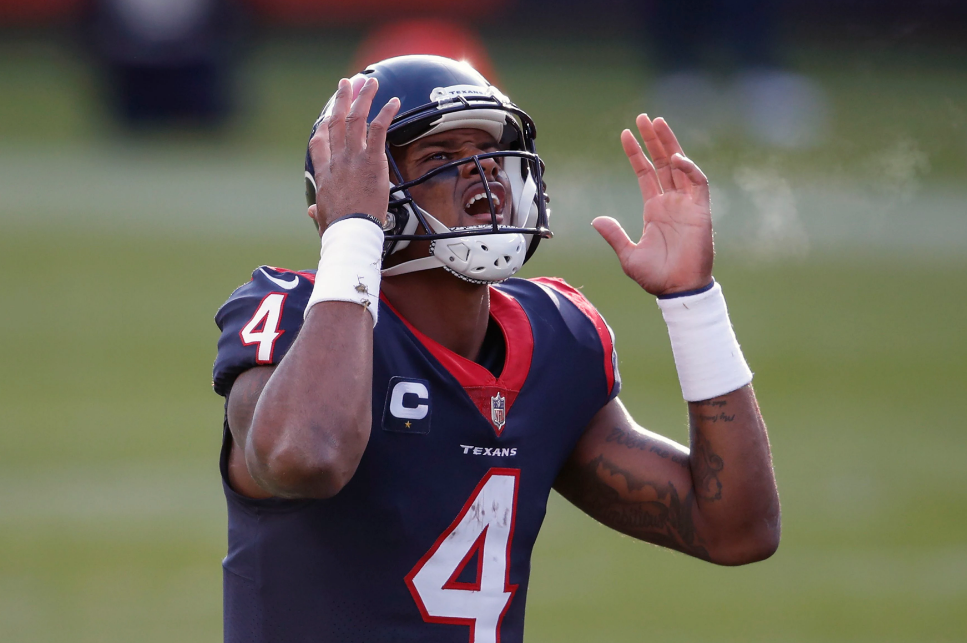 There’s been more talk about a potential Deshaun Watson trade from the Houston Texans to the Miami Dolphins over the past several days.

Or rather, the last couple of months.

Fox Sports NFL insider Jay Glazer recently reported that the Texans are starting to lower their asking price for the franchise quarterback.

ICYMI! On Sunday I shared that the Texans stance on trading Deshaun Watson has softened where they weren’t even returning calls from teams in camp. That has changed. As for teams, to me Miami makes the most sense and probably has the best chance to pull it off IF a deal gets done pic.twitter.com/QTljSUpNRi

The latest on the Deshaun Watson trade rumors from NFL insider @JosinaAnderson.

• Texans asking price = three 1st round picks + 3 additional assets
• "Nothing firm has materialized"
• "There are members in the Dolphins brass who are interested in pulling the trigger" pic.twitter.com/R1siIDp0aZ

There is a growing sense that star QB Deshaun Watson will soon be traded to Miami. To repeat, here’s what we know up to this point:

Miami’s interest in Watson is not new.

What is known is that rumors will continue to pick up on this front despite Watson’s league situation which includes:

In finance, this is what you would call a high risk, high reward scenario. His legal situation remains unsettled. Stephen Ross, a successful businessman, understand this very well.

Per source, Chris Grier does not want to bring in Deshaun Watson. Instead, it’s all about owner Stephen Ross wanting to bring him to Miami Gardens.

However, the Dolphins are trying to get more info on a possible suspension before any trigger is pulled. Whether something gets done on this front remains to be seen.

Ross could direct general manager Chris Grier to make it happen ahead of the trade deadline. Ross is the power player in Miami. If he wants this to get done, there’s a good chance that it will happen.

In this scenario, Tua would be traded to the Washington Football Team. The New NFL IR rules allow it to happen.

“Players on injured reserve can be traded if they were sent there after the aforementioned September 1 deadline. The acquiring team can then designate the player to return, or immediately activate the player if his previous team has already done so.”

Amidst the injury to Tua Tagovailoa and the losses to Buffalo and Las Vegas, Miami has fallen into a rut. Unquestionably, there is a lot of uncertainty regarding Watson, the health of Tua, Brissett’s production and the offensive line play.

The Miami Dolphins have everything needed to make a playoff push which includes a talented defense. However, it has not been up to standards. The current offense does not pull its weight.

The thought is that Deshaun Watson, arguably a top 3 QB in the league could mask deficiencies and would help, but comes with massive risk.

As reported yest. I'm told depositions in Deshaun Watson's civil cases are scheduled to begin early next week, per source. In the criminal case-investigations, the State has not yet indicated a date to present to the grand jury. Meanwhile, no new talks have evolved, as of then. https://t.co/0xKxnbMLLu

In year two of an already ahead of schedule rebuild, there is a risk for Tua’s development as a QB. Of course, shipping him off to a new team and giving away assets to secure Watson (with protections) will be questioned if Tua succeeds somewhere else.

“It could take up to 1 year or 2 for full adjudication in the Watson case. Though anything can always happen at any time with potential settlements talks, at this point an NFL owner has to decide to approve a trade w/o full clarity with action, not words.”

The trade deadline is November 2nd.

Kind of up to Houston at this point RT @DKfins: @JayGlazer @FinCity305 Odds Watson is a Fin within 7 days, Jay ?? Shana Tovah, btw.

Ross wanting Watson and with Chris Grier hesitant, things will be interesting in the upcoming days. After all, these are the Miami Dolphins.

What Individual Skill Do Miami’s Young Projects Need to Showcase in C...