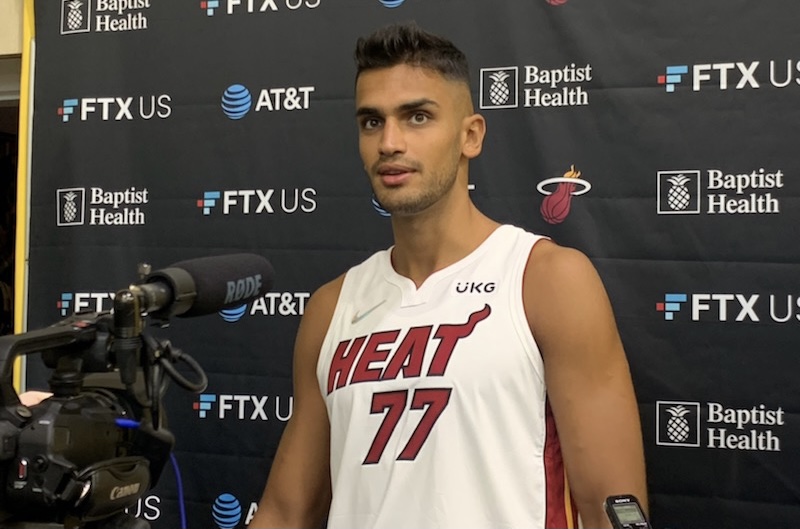 Training camp is an interesting time in the NBA. It’s a good time for star players to begin the ramp-up process before jumping back into action, gives coaches some time to prepare a game-plan for the season ahead, and it’s just a great time to further develop an NBA level feel.

For that last part, that tends to the young guys on the roster.

The players who are awaiting a chance to prove themselves and gather meaningful minutes for the regular season. And on a Heat team, there’s some extra motivation since many of the guys surrounding them on the floor started right where they are.

Starting from the bottom and clawing your way up is a part of the Miami Heat way: just ask Duncan Robinson, Max Strus, Gabe Vincent, and others what it’s like.

Due to this time being important for a lot of those guys, I feel it’s a good time to address the one skill that should be a focus in camp for the two-way guys who always seem to be in a perfect position the following season.

(But well, I’m throwing in an extra player who is a fan favorite because I feel like it)

Omer Yurtseven has already earned some respect among this group just through Summer League alone. He pretty much bypassed the two-way route since Miami felt it was necessary to lock him up immediately on a regular contract.

The reason I bring him up specifically is that many players in his position usually focus on one thing. The two guys up next in this piece seem to be heading in that direction, but why is Yurtseven different for some reason?

Well, Las Vegas pretty much was the showcase stage. From an individual skill-set perspective, they know what they have in him as a player. Against NBA competition, on the other hand, that’s the current test to put him through.

If there’s one focus for him, it’s comfortability in a fast speed, competitive game atmosphere where he’s able to make instinctive decisions on both ends of the floor. In many ways, lining him up in scrimmages on the other side of Bam Adebayo would feel to make the most sense.

The long-term hope is to see them in the front-court together, but this is the development stage. Make him defend a bunch of PnR’s in drop while covering the speedy Adebayo one-on-one, continue that pop usage for above the break threes/elbow jumpers, and of course drill those paint touches in the post with good foot-work and even better touch.

To a certain degree, this may be approaching this topic too simply, but putting everything together in game speed, even if it’s in a practice gym with his teammates, will do wonders from both a short-term and long-term sense.

The Catch and Shoot Fling

When we hear the name Marcus Garrett in training camp, I think of the coaching staff testing his strengths by throwing him on Miami’s skillful guards all week. His best three abilities are defense, defense, and defense, so seeing it on the next level is obviously essential.

But I don’t know if this time will be used entirely to evaluate strengths. It’s mostly to pick-out weaknesses.

There’s a lot of unknown about his offensive abilities heading into his NBA career, since ultimately, that’s what landed him in the undrafted market in the first place. But after seeing him in action during his stint in Summer League, I see a clear offensive skill to drill. And it’s actually the same thing I’ve brought up with his young, defensive minded teammate KZ Okpala.

He’s not an exceptional ball-handler or downhill threat at the moment, but he has shown a fluid shooting motion up to this point to potentially be a capable outside shooter. And frankly, they don’t need much. Just make your defender think twice before leaving you open in the corner, and make him pay from that spot on the floor when he does.

When he’s thrown in at some point, it’s going to be for defensive purposes, but surviving on the offensive end will be crucial.

Okpala is currently heading into his third season, and turning completely to a spot-up mentality may finally be on the way. The point of this topic is don’t waste two seasons of Garrett’s early career with offensive uncertainty.

There’s an interesting theme when going through Miami’s guards on the roster. Kyle Lowry will be a facilitator/off-ball threat, Tyler Herro will be the straight bucket getter/spot-up spacer, Duncan Robinson will simply be a catch and shoot threat, Gabe Vincent will be in a strictly point guard role, and Garrett, as mentioned, will be a defensive threat.

What is missing among that group? Oh, a straight isolation guy who thrives with self creation.

In many ways, that’s Caleb Martin. And it’s why this two-way pick-up makes a lot of sense in case they need to plug him into the rotation in a certain scenario. The other reason for the signing was older/more experienced players were the focus for that final spot.

When I think of the things Martin should be progressing in this period, the first thing that comes to mind is extra ways to be effective in space. He’s shifty enough to get to the rim, has no problem shooting off a step-back/side-step, and doesn’t have a problem putting the ball on the floor excessively.

If Miami ends up looking his way in a specific situation, it’s for that one skill.

Of course they’re going to be rounding out his entire game throughout the season and continuing to learn about him as a player, but the bottom line is making sure he is always prepared for when his name is called.

So, what is my main takeaway from this topic?

It’s quite simple: sounds to me like throwing Marcus Garrett on Caleb Martin throughout the week is the way to go. In a lot of ways, that’s what each of their roles will look like this year.

A game of one-on-one. 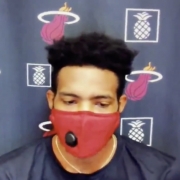 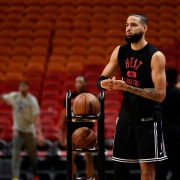 A Conversation with Caleb Martin Ahead of Heat-76ers Series 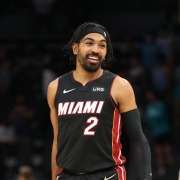 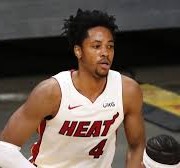 Five Numbers to Know for the Miami Heat season