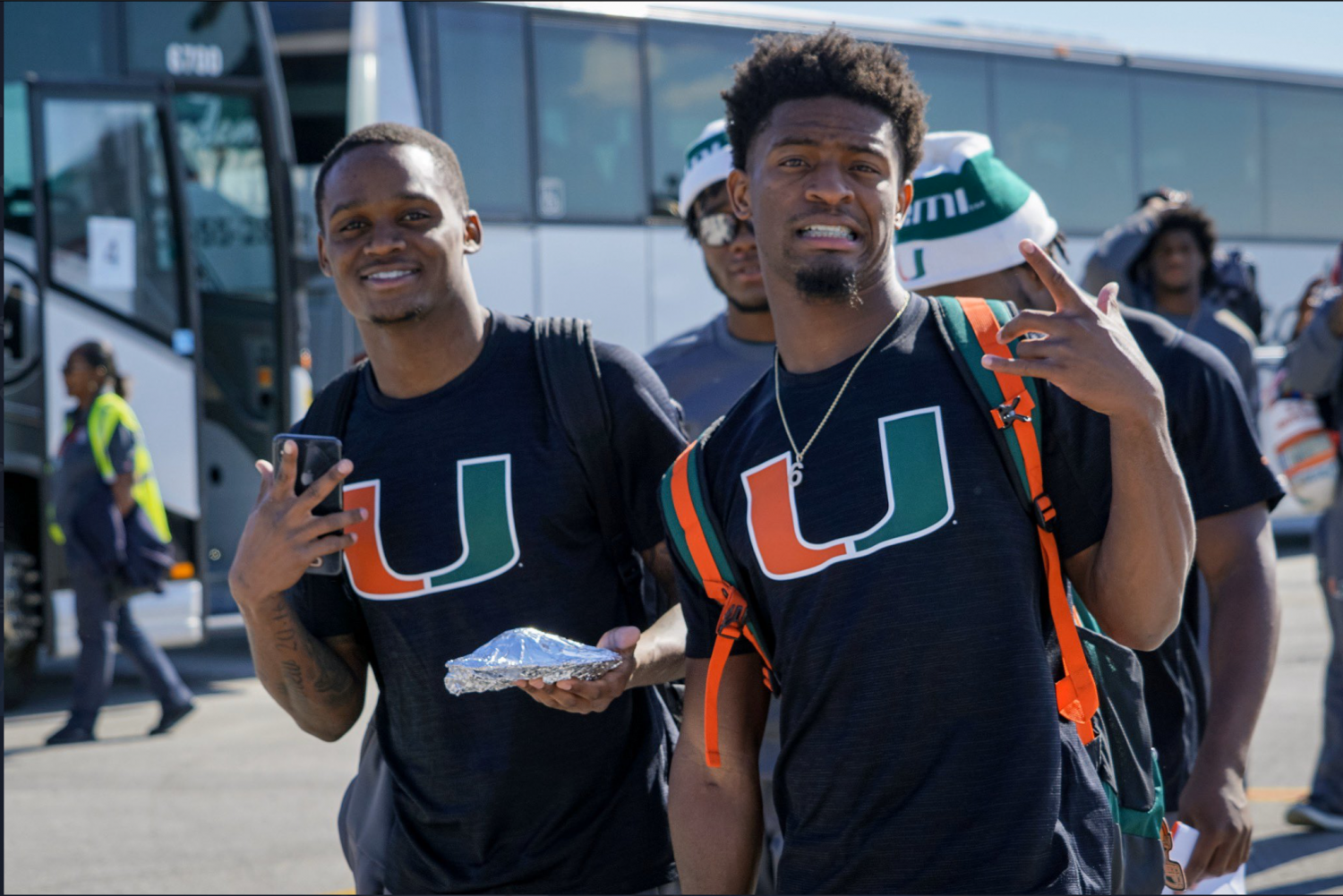 What was once thought of as the deepest position on the roster one year ago is now undergoing a complete makeover heading into spring practice. Lots of new faces, including the head of the unit are what comprise this relatively young but talented group.

Head coach Manny Diaz most recently made the decision to hire Rob Likens as the new WR coach to replace Taylor Stubblefield, who left to take the same position at Penn State. Likens most recently served as the offensive coordinator and QBs coach at Arizona State, before being relieved of his duties.

Michael Redding is probably the most talented newcomer of the group. Redding was ranked as the 31st-best receiver in the nation in the Class of 2020. A big reason why Stubblefield recruited him was his combination of great size (6’3”, 192 lbs.) to go along with great speed (4.4-4.5 range).

In addition, Worsham was a three-star prospect whom Stubblefield was able to pry away from the likes of Alabama. He finished with over 2300 yards and 28 touchdowns in his high school career.

The discovery and recruitment of Keyshawn Smith was a very quick but interesting one, as he initially committed and signed to play for Washington State before coach Mike Leach left for Mississippi State. He was released from his letter-of-intent and it took one in-home meeting with Coach Manny Diaz to convince him that Coral Gables was the place for him, so Smith committed and with a little bit of magic, Smith was also able to enroll for the spring semester. Smith is a very fluid route runner with great speed and good size and even though he was technically the last of the four freshman receivers to sign, many analysts consider him a steal that late in the process.

Restrepo was all-Miami even before he received his official scholarship offer and despite his smaller stature at 5’10”, he’s got a lot of dog in him and will most likely make a huge impact as a slot receiver.

These freshmen are only four of the options Miami has to try and overcome the loss of former graduate transfer KJ Osborn and Jeff Thomas, who opted to forego his senior season to enter the NFL Draft. Osborn set the tone in the locker room from the minute he stepped into the weight room and provided a big veteran presence for the team. He also led all of Miami’s receivers with 547 yards and five touchdowns.

Thomas flashed his speed and game-changing ability from time to time, but at least according to Pro Football Focus, last season was his most yet as he did drop a single pass. His best season came in 2018, when he finished with 563 receiving yards, including a memorable 132-yard game against an LSU defense filled with future first-round picks.

2019 saw the growth of many of the younger receivers on the team. One is junior Dee Wiggins, who seemed to be the best deep threat will his long, wiry frame. Wiggins caught 20 passes for 335 yards last season to go along with four touchdowns.

Two of those touchdowns were of 50+ yards against Louisville and Florida State, so it should be interesting to see how much Wiggins grows this season, as he is probably the most talented receiver team right now and like all of Miami’s speedy receivers, he should thrive in OC Rhett Lashlee’s spread offense.

Mike Harley is entering his senior season and has been steadily improving each year. He finished third on the team with 485 yards on 38 catches in 2019 and he slowly grew into a very reliable option in the slot with his excellent speed.

Who are some possible breakout stars in 2020?

A couple of names Canes fans should keep an eye on are Mark Pope and Jeremiah Payton. Pope was a five-star prospect out of Miami Southridge High in 2018 and expectations were sky high when he joined the team. He only caught one pass during his freshman campaign, but last year, he started to show glimpses of his ability as he saw increased targets and production: 18 catches for 266 yards and a couple of touchdowns. Coach Lashlee’s offense should bode well for Pope’s development, as it will give him a chance to show his quick feet and dynamic speed to make big plays.

Payton on the other hand took the redshirt this past season and is now officially entering his freshman year with the Canes. There were reports that Payton was a problem (albeit a good one) while serving as a member of the scout team and coaches are very excited about him. Fans should expect to see him get plenty of run this season.

Be sure to stay tuned to Five Reasons Sports for the latest news and updates on the Miami Hurricanes and subscribe to the Five Rings Podcast as we will continue to cover the beginning of spring practice.