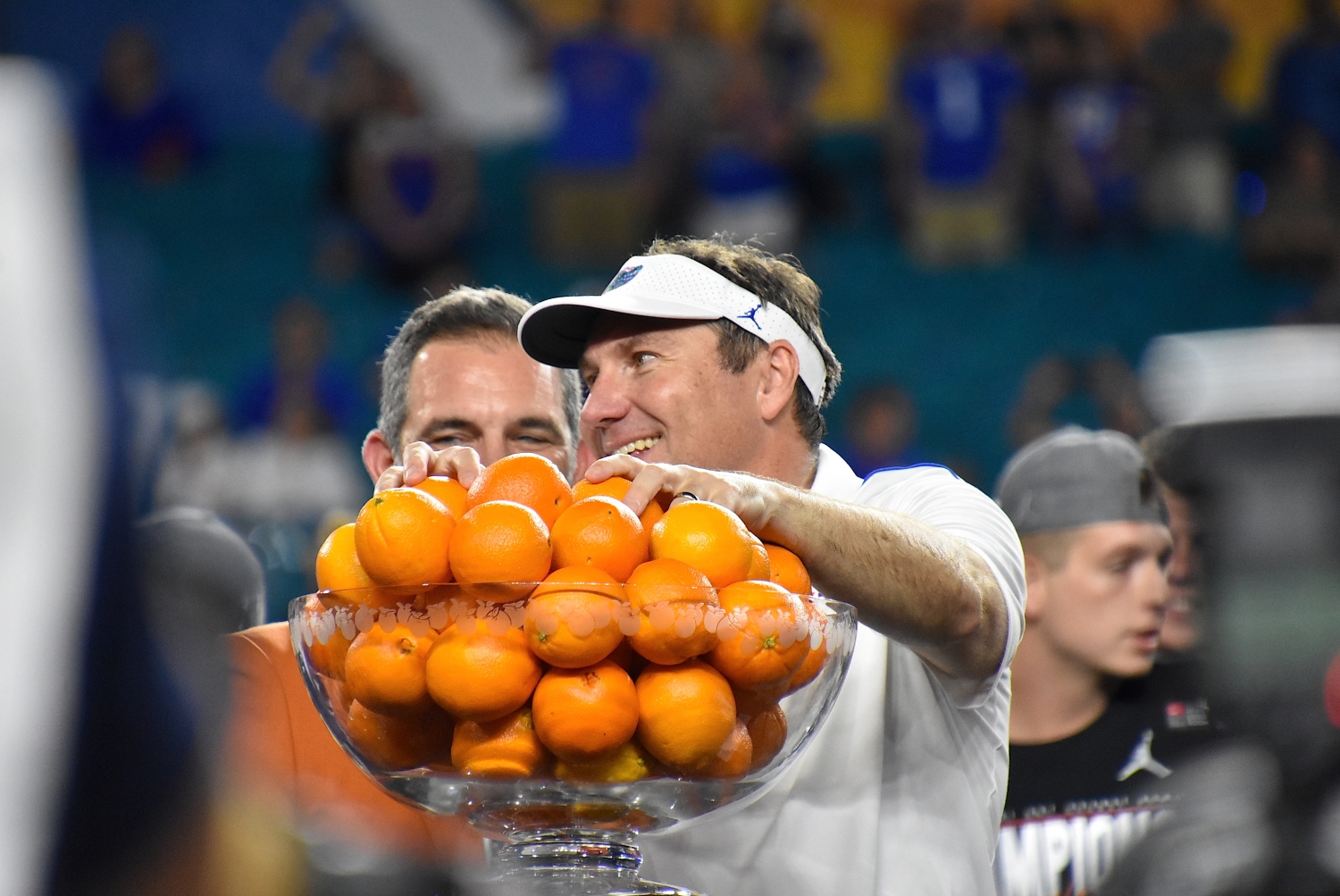 I love the matchups and getting to spend a full month watching games I wished I could have in September.

I can’t remember a year in which I hadn’t been to a bowl game since I got into sports media in 2011.

The bowl games used to mean something, but not anymore.

There used to be a handful of bowl games that were a big deal. The Fiesta Bowl, Peach Bowl, Rose Bowl, Sugar Bowl, Cotton Bowl and the Orange Bowl represented the sport’s promise land.

Now only two of them at a time get the designation of playoff site and the rest have been practically relegated to consolation status. A clear sign of that is growing trend of college players with pro potential opting out of the bowl games to focus on the NFL Draft.

The North Carolina is playing in the Orange Bowl in Mack Brown’s second season as head coach. The Tar Heels haven’t played in a bowl game of this magnitude since the Peach Bowl in 2001.

Yet two of their running backs and one of their  leaders on defense opted out to prepare for the NFL Draft. It was one thing when Christian McCaffery was skipping the Sun Bowl. To make a New Years Six bowl game and decide it’s not worth playing speaks volumes.

Then again, the Tar Heels were at the site of the Orange Bowl a couple weeks ago and Michael Carter and Javonte Williams both eclipsed the 1000 yard mark after becoming the first combo to each rush for over 200 yards in a game. Carter amassed 308 yards during that game against Miami. Apparently that the two upperclassmen realized that the sequels are never better than the original.

At least there is no hard feelings in the locker room.

“The goal of this game is to play,” UNC receiver Emery Simmons said, “and then if you’re blessed with the opportunity to go and further your career, then take it.”

Quarterback Sam Howell threw for 3,352 yards and 27 touchdowns in his second season as a starter. In short, UNC is where they are largely because of him.

Being a sophomore, Howell is not yet eligible for the NFL Draft so opting out isn’t an option for him but playing in the Orange Bowl still means something to him.

“The Orange Bowl definitely means a lot to me. It’s a game I grew up watching,” Howell said. “It’s a game I always wanted to play in down there in Miami. Obviously it being a New Year’s Six bowl, we know how prestigious the game is.”

2020 has been a weird week for bowl games. Due to the chaos caused by the pandemic, every team is bowl eligible. It’s why four sub .500 SEC teams were slated for bowl games.

The main perk of playing in a bowl is the week leading up to it. It becomes one big team bonding trip. The nice hotels, the fun little events leading up to the big game. The bigger the bowl, the bigger the fun. However, the COVID-19 pandemic has robbed the players of that week.

“To be honest with you, I hate it,” Howell said. “I love bowl week. I loved our time in D.C. last year for the Military Bowl. That was one of the funnest weeks I’ve had in my entire life just being there with the team.”

So what’s the solution? It’s okay if the Cheez-it Bowl and Duke’s Mayo Bowl or Tony the Tiger Bowl are looked at as a consolation prize. It’s perfectly fine that Group of Five teams finish their season in Boca Raton or one of Alabama’s three bowl games (why?). But the New Years Six bowls have to still mean something and that’s where expanding the playoff comes in.

If two more teams get in, which this year would include No. 5 Texas A&M, the top two teams could get a bye. Now the playoffs can incorporate two more bowl games prior to the national championship game. If that game also ends up being a bowl, now there’s a pool consisting of the Fiesta, Rose, Orange, Peach and Cotton Bowl representing playoff sites.

“I feel like you’re still going to have the same issues you have now, no matter how many teams you have,” Howell said. “But I’m definitely all for expanding it. I think only good could come out of that.”

The constant argument against having a playoff and expanding it is it would lead to the delegitimization of the bowl games. That turned out to be true but adding 20 more games because ESPN could use more content also played a role in that.

The college football playoff is here to stay so the only way to bring back legitimacy to the bowl games is to expand the playoffs and include those bowls in the mix.

The Miami Hurricanes’ Déjà Vu And Breaking the Cycle