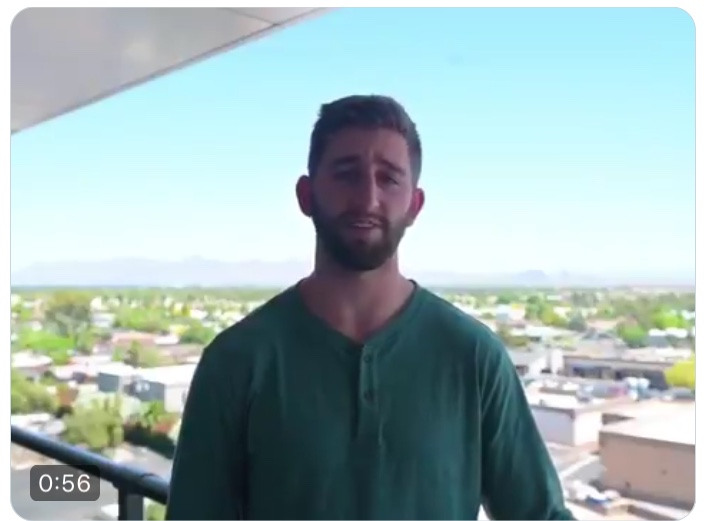 “Day Traders” often execute what is known in Stock Market parlance as a “Channel Trade.”

A “channel” is a tight trend line for a stock price, that goes from Support (down) to Resistance (up), consistently. This very tight trend is often called “consolidation” when the sentiment on the stock is positive. “The Street” considers this pattern, a sign of a dead/battleground stock, not to be invested in. The Day Trader however, can use this pattern, and the consistency of it for profit. In reality, what you are buying is not an appreciating asset, or something with growth potential. You are using technical factors for short term gain.

Chris Grier, the general manager, executed a master stroke with the New Orleans Saints, by trading #48, and #116 for picks #62, and #202, and a 2020 second round pick. This move did come at some cost, (the 48th overall was positioned to get you any one of many good players available) but there was another shoe to drop soon. The Dolphins then quickly pivoted to shipping the 62nd overall, and a 2020 5th round pick to the Arizona Cardinals for former 10th overall pick in 2018, quarterback Josh Rosen.

Good trade, bad trade? What always matters is the player. Rosen was demonstrably awful last season, and on the face of it, this is a bad trade.

But no, what is the downside, asks the optimist.

“He is not owed any real money.”

“He can still develop.”

These are the things being said to justify this trade. Yes, you recovered a 2nd rounder in the trade with New Orleans. But that does not make the picks you traded for Rosen expendable. Just the opposite. They are a waste. A channel trade made for a short term gain, with little chance for growth and, in my view, much greater downside potential than people think.

The argument that particularly irks me from those defending Rosen move is calling it "low risk.".. Low risk would be signing guy as undrafted free agent…A second round pick (combined with fifth) is significant draft capital to relinquish.

I think with respect to Josh Rosen everyone needs to take a step back, catch their breath. You’re allowed to like the Josh Rosen trade. There’s a discrete chance he makes Miami’s dreams come true. You’re also allowed to believe the Rosen trade is a waste of significant resources.

Full disclosure, I would have taken Josh Rosen at #11 in the 2018 NFL Draft, and said so on our 2018 NFL Draft Preview on the Three Yards Per Carry podcast.

I am not doing an “about face” however. I am making a new decision based on further information. You have outliers such as Troy Aikman, players that had very rough rookie campaigns that then went on to successful careers. But usually, if a QB prospect is destined to be good, he tends to show it right away. So, Rosen had some moments however, that make you think there is “more” there? Right? Right? Hello?

No. He did not. This is not hyperbole.

Josh Rosen played 14 games as a rookie. Of those 14 games, Rosen had below league average numbers, in completions, yards and passer rating in all 14 games. He had above league average numbers in QBR and yards per attempt once. Rosen’s 2018 campaign was historic in its futility, and it is rare,that a rookie QB never, ever, not once, shows any promise during that season. Rosen also managed to be extremely careless with the football. His 14 interceptions and his 10 fumbles made this one of the worst QB seasons in NFL history.

Per PFF, Josh Rosen's passer rating when facing pressure last season was only 1.2 points higher than what your passer rating would be if you went into the game and spiked the ball to stop the clock and then left the game for good.

No. He went 10th overall, and depreciated into a trade to recoup assets that were used to move up in 2018, while declaring a total loss. This was a liquidation sale. This trade, by any measure, was lopsided in Arizona’s favor. Josh Rosen had/has no value. The Cardinals had no leverage. The Dolphins accommodated Arizona by buying its quickly depreciating asset. Why? What for? The Dolphins now own that asset, and all that comes with it. The poor play, the whispers of his difficult personality, the wasted time devoted to his development, and the risk that it endangers plans to explore the 2020 QB class.

Even if the most likely scenario happens (Josh Rosen flames out in 2019, and the Dolphins are right in the thick of the QB prospect derby) you are still out the picks you paid for essentially a backup QB. This was wasteful management of draft capital. Think of this: What would Rosen need to do, short of becoming a star in year 2, to justify this trade? There is no way you won’t entertain the stacked QB class of 2020. So #62 and a 2020 5th rd. pick for a 1 year rental? For what? The surest way to damage the franchise, and get yourself and others around you fired is to keep buying increasing shares of depreciating assets. That is what occurred here. I remain hopeful about Chris Grier, but no longer as optimistic. As a fan of the team, I want him to succeed, so Josh Rosen just gained a big fan, but a short term outlook and chasing the assets of yesterday are a bad look and, worse, a bad sign.

Alfredo Arteaga (@UptownReport) is a host of Three Yards Per Carry. Photo screenshot taken from @Josh3Rosen.

Why the Marlins have won the J.T. Realmuto trade
Scroll to top