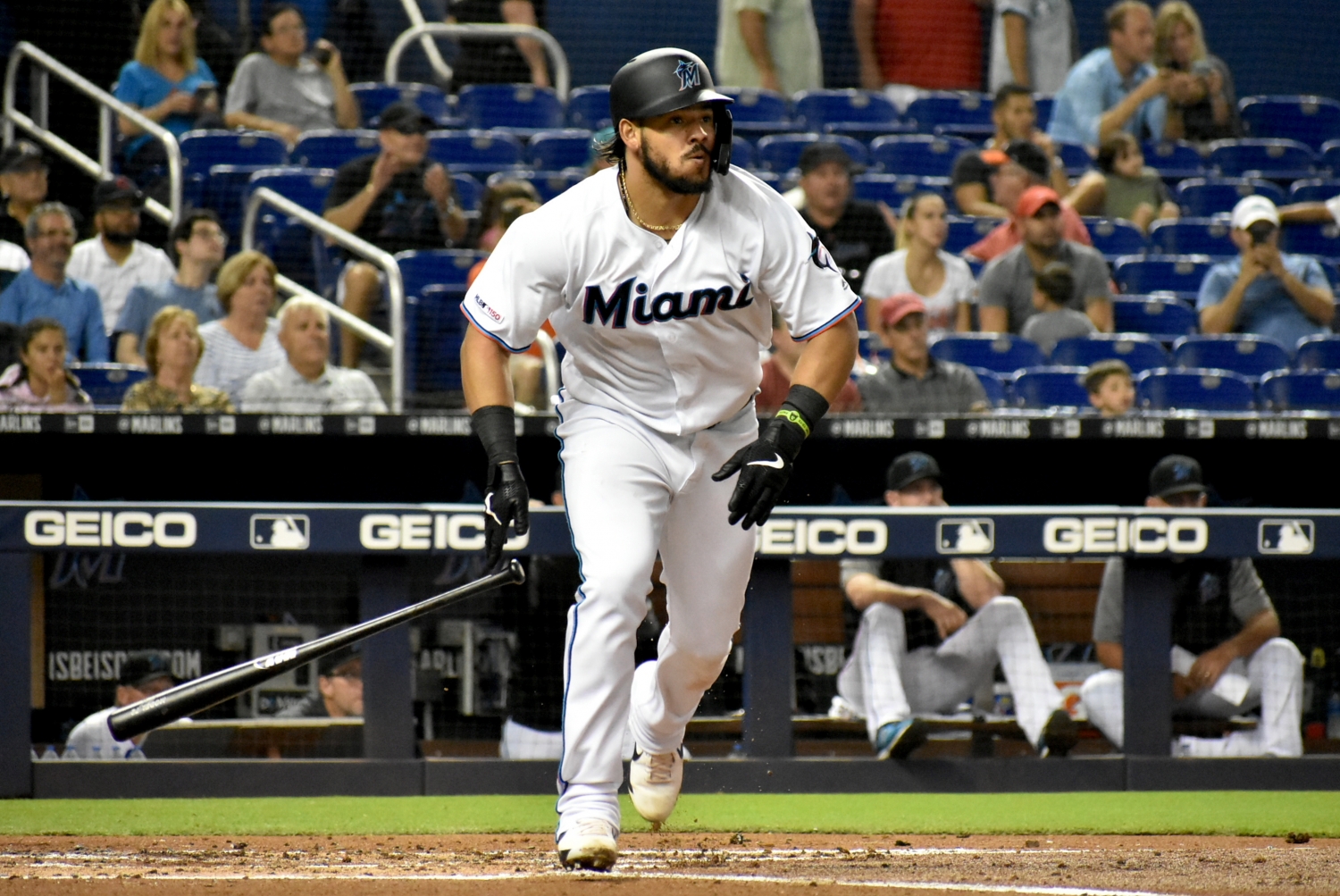 I admit it. I was wrong about Christian Yelich.

I never thought the guy would be much more than someone who hit .290 with 20 homers a year — a great player who you’d love to have on your team, but well worth trading during a rebuild. I still understand why the Marlins made the trade they did with the specific offers they had regardless of the club control. I said it then and I will continue to say they had their reasons and I can respect that.

That said, I never anticipated Yelich would turn into arguably the most dominant hitter in Major League Baseball, and for that, I have to own my mistakes. This hurts. The Pete Davidson lookalike is an absolute superstar, and that trade may end up haunting the Marlins for years to come. I don’t think anyone quite saw THIS coming, but I was pretty bullish he’d come back down to earth, and now, through 28 games, he’s on pace for 81 homers. This is me publicly admitting to all of you — mostly @Dutchbeek, but still, all of you — that I was wrong.

Christian Yelich belts his first homer on the road this season. #ThisIsMyCrew pic.twitter.com/tsYusT1vML

But, as my favorite player of all-time would say…

I’m going to go out on a limb and say it: I believe we can already definitively say the Marlins won the J.T. Realmuto trade regardless of what the rest of J.T.’s career looks like. He could have a Hall of Fame career and win multiple MVP’s (and I, personally, think there’s a chance that could happen because J.T. is a star…), but it wouldn’t affect how I feel. It’s a foolish take that my Swings and Mishes host Craig Mish would likely scold me for, but I have 100% sold myself on it. Sue me.

The reasoning is simple: Jorge Alfaro is a legitimate, every day, Major League ballplayer.

Sixto Sanchez was the “game-changing” prospect you hope to receive in a trade for an All-Star — a guy that jumps to the very top of all your prospects lists and is getting Pedro Martinez comparisons — and, for what it’s worth, I’m a serious Will Stewart truther, but it’ll be a bit before we can judge the two of them.

Alfaro’s play alone is what already has me sold on the success of the swap.

It’s been 27 games of Alfaro in a Marlins uniform, and while that’s technically not enough to tell whether or not a player can be a star, his play has me excited. He was not the headlining piece of the trade, but, as a 26-year-old, he’s playing like he would be.

I know, I know. I’m the perennial optimist. My first article on this site simply told you wins and losses didn’t matter this season and just to enjoy close games. That ludicrous. I am aware. I get why you might be annoyed with the positivity, but get used to it because

Alfaro, who had a pretty solid start to his career in Philadelphia, has been the only player in a lackluster Marlins lineup that’s produced with any form of eye-catching consistency. In fact, after Saturday’s game against the Phillies, the catcher is hitting .297 — that’s 19 points higher Realmuto so far this year and 9 points higher than the next Marlin. Add that to a team leading 5 homers, all of which have been to the opposite field, and it feels like you might cooking with gas.

While those stats might not mean much to you quite yet, this should. According to the MLB statcast leaderboard, Alfaro is among the best in the bigs when it comes to Hard Hit Rate — that’s hitting the ball 95+ mph when the ball is put in play. So, what does that actually mean? To me, it shows while Alfaro is playing at a high level, he still has room for growth.

I don’t know if you all know this, but Marlins Park is…well…it’s large. When you combine that with Alfaro’s Hard Hit Rate, you can make the reasonable assumption that his power numbers *might* look even better if he was playing elsewhere.

Would've tied the game, but alas, it goes as an inning-ending flyout. #Marlins

The reality is, Alfaro is a legitimate building block. That’s more than you can say at this point for any of the other pieces the Marlins received in the trades for Stanton, Ozuna, and Yelich with 100% confidence.

Of the pieces we’ve seen get legitimate playing time with the big club, Castro is a relative placeholder, Alcantara has shown flashes but has been inconsistent, and we can still hold out hope on Lewis Brinson, but I’ve seen enough know Alfaro is capable of being a piece on this roster for the next decade.

Alfaro is someone with the ability to be a leader on this team going forward, as well. He cares enough about the game to ask to not leave a Spring Training game after colliding with the wall chasing down a pop fly. When I had a conversation with him about Jorge Posada joining the organization, he got emotional while discussing what he can learn from the Yankee great. He has talked about being his pitchers’ “bodyguards.”

With Martin Prado, Curtis Granderson, and Neil Walker likely gone after this season, the Marlins will need someone to step into the primary leadership role, and Alfaro is a likely candidate.

Jorge Alfaro cares so much about winning I cannot even begin to explain it through words. Here’s a somewhat proper gif of Dwight Schrute. pic.twitter.com/NvQByyJ6IZ

Considering Realmuto was likely to leave Miami after the two remaining years of his contract were up, isn’t this about all you could ask for?

So, regardless of if J.T. Realmuto all of a sudden does that “you’re a moron, Jeremy Tache” thing and hits 40 homers a year for the rest of his career, we can feel good about the net result of this trade. Alfaro is here to stay, and when this season is over, he may be one of the only players in the lineup we can look back on with positivity to have us excited for next year.

Guys, the Marlins made a very good trade for one of their stars. Allow yourself to feel good about it.

(Writer’s note: In 2 years, if J.T. signs somewhere other than Philadelphia and Sixto Sanchez and Jorge Alfaro is the Marlins’ Opening Day battery, you can bet I’ll be here writing a follow up “I told you so” piece.)