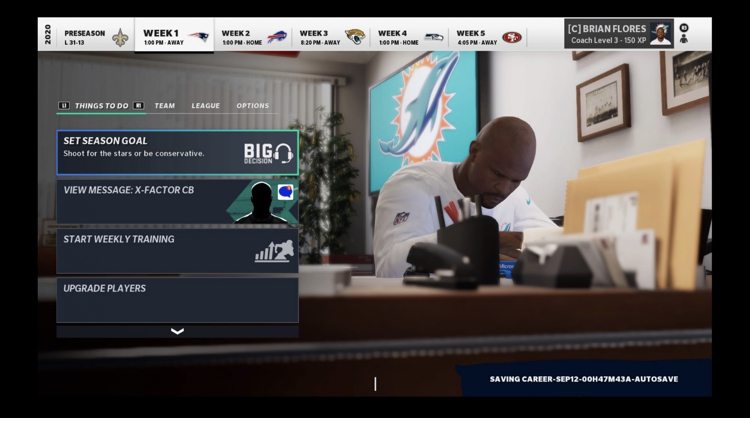 Whilst sporting events may have taken a hit over the course of 2020, sports video games have gone from strength to strength.

It has been a tough year for physical events, with cancelations and postponements of fixtures peppering the calendar with uncertainty. The NHL season was postponed, as was the NBA and a host of other sports. To fill the void, some fans turned to online video games instead.

MLB was one organization which turned to an online competition to keep fans amused, with MLB The Show event pitting players from real clubs against each other in competition. Other sports, such as Formula One, followed suit and whilst the world emerges, slowly, from the shadow of 2020, those games have remained popular.

Sports video games have been big business for some time now, with some great titles and some a little less than inspiring. Whether it is an officially licensed game such as the soccer game FIFA or something a little zanier like Mario Tennis Aces, sport makes a great platform for drawing in players. Some developers even use sports themes in titles not directly linked with the game, such as in online slots or puzzle games. There is a diverse collection of titles dedicated to the sports genre on Foxy Games, including 24 Hour Le Mans and Football Star, whilst some big console sports titles encompass puzzle games, such as FIFA’s squad building challenges. Sport, whether played with a ball, racquet or engine, will always find a potential market, whatever the genre.

With such a variety of sports games available, how do you know which ones to buy and which to avoid? The market is choked with great simulations, but these four are arguably the cream of the crop in 2020.

The latest Madden release, Madden 21, is hitting the shelves as we speak, but most players have been focused on Madden 20 through the year. With a franchise such as this, a new game hits the market every year, but that means the old one reduces in price. If you have not played Madden before and want to test the water, you can grab a bargain with the 2020 release. The highlight of the game was the QB1 story mode which offered you the opportunity to create your own quarterback, controlling their rise from College Football into the NFL.

The NHL games do not gain as much traction in the market as the EA cash cows of Madden and FIFA, but it is an incredibly playable and fun game well worth your time and effort. It does lean on Madden for the superstar abilities mode, but also has a challenge where players can earn rewards for defeating featured squads, assembled by stars, not unlike the popular Ultimate Team mode in FIFA.

Combat games have formed a key part of the video game market for many years, from titles such as Mortal Kombat and Tekken right through to the present day. Boxing titles have always struggled due to the limitations of the combat, but with MMA, the gloves are off (pardon the pun). There are so many options and game modes to choose from, such as customizable fighters and a career mode, that even non-UFC fans will find this title engrossing and long-lasting.

Everybody’s Golf might not pack the licensed punch of TGC 2019 featuring PGA Tour, but it is an instantly accessible and enjoyable version of the real thing. It was formerly known as Hot Shots Golf and boasts features such as character customization, online play, and the ability to wander around golf courses as a tourist.

What Kim Ng Means for the Marlins

Pressure Point: Tua one of many Dolphins who played poorly in loss to Bronc...
Scroll to top