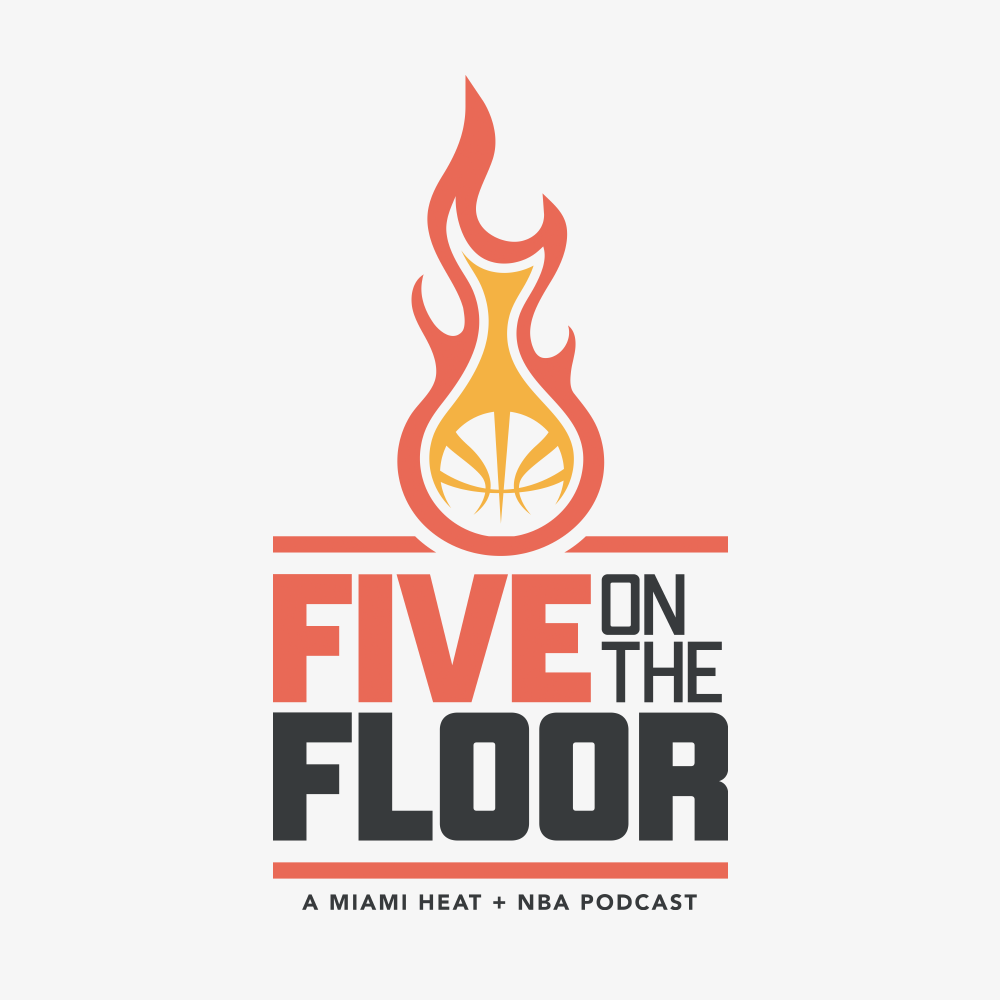 Thirteen contributors from the Five Reasons Sports network — including contributors to the Five on the Floor podcast — made their predictions for the upcoming NBA season.  You can view the individual predictions from Ethan, Greg, Brady, Bryan, Tony, Ricky, Gad, Timmy, Marco, Alfredo, Alejandro, Mateo, and Sean HERE or an overall summary below.

The panel predicted the Heat to finish 4th in the East with a predicted average of 49.7 wins.  Nearly 54% of the experts had the Heat returning to the Eastern Conference Finals and 61% had them representing the East in the NBA Finals.  Only 23% have the guts to predict their 4th NBA championship, but the panel seems confident after a quiet offseason.  Only 31% of the panel believes Duncan Robinson will finish the season on the Heat’s roster despite a strong showing in the preseason.  After showing off his outside shot this summer and in the preseason, our experts predicted an average of 25 three pointers made by Bam Adebayo this season.

According to our expert panel, the Bucks (31%) edged out the Heat, Clippers, Warriors, Mavericks, and Nuggets for this year’s championship.  They are forecasting a wide open Western Conference, with five different teams (Clippers, Warriors, Nuggets, Mavericks, and Suns) being predicted to finish in the NBA Finals.  In the Eastern Conference, 54% of our experts foresee a 3rd chapter in the Bucks/Heat postseason rivalry.

If the season plays out how our experts predict, awards season is going to be an exciting competition this year.  Luka Doncic (38%) will win his first Most Valuable Player award, edging out Giannis and Embiid (23% each).  In another tight finish, Paolo Banchero (38%) takes Rookie of the Year over Jaden Ivey (31%) and Keegan Murray (23%).  Our panel ignored national narratives and finally crowned Bam Adebayo as Defensive Player of the Year with an overwhelming 92% of the vote – with Giannis receiving the only non-Bam vote (from a certain left-handed panelist).  The panel’s high expectations for Denver led to two Nuggets being awarded – Bones Hyland (23%) for Sixth Man of the Year, and Michael Malone (31%) for Coach of the Year.  There was a wide range of responses for Most Improved Player with ten players nominated by the panel – only Anthony Edwards, Keldon Johnson, and Anfernee Simons received multiple votes.

In anticipation of the Victor Wembanyama sweepstakes, the panel was split on the league’s worst team with the Spurs, Thunder, and Jazz all getting 23% of “worst team” votes.  Although some of those team’s coaches received votes, the panel predicted that Steve Nash (31%) is the most likely coach to be fired first.  Complimenting their top 5 predicted finish, our experts gave Cleveland the best offseason grade (31%) likely driven by the Donovan Mitchell acquisition.  The panel seems to expect an active trade market with ten different names mentioned as the “biggest name traded this season”, but Russell Westbrook was designated as the most likely to be changing zip codes over the next few months.

Mateo’s Hoop Diary: Writing on the Wall for Draymond Green

Mateo’s Hoop Diary: Not Enough From Joel Embiid in the Season Opener
Scroll to top