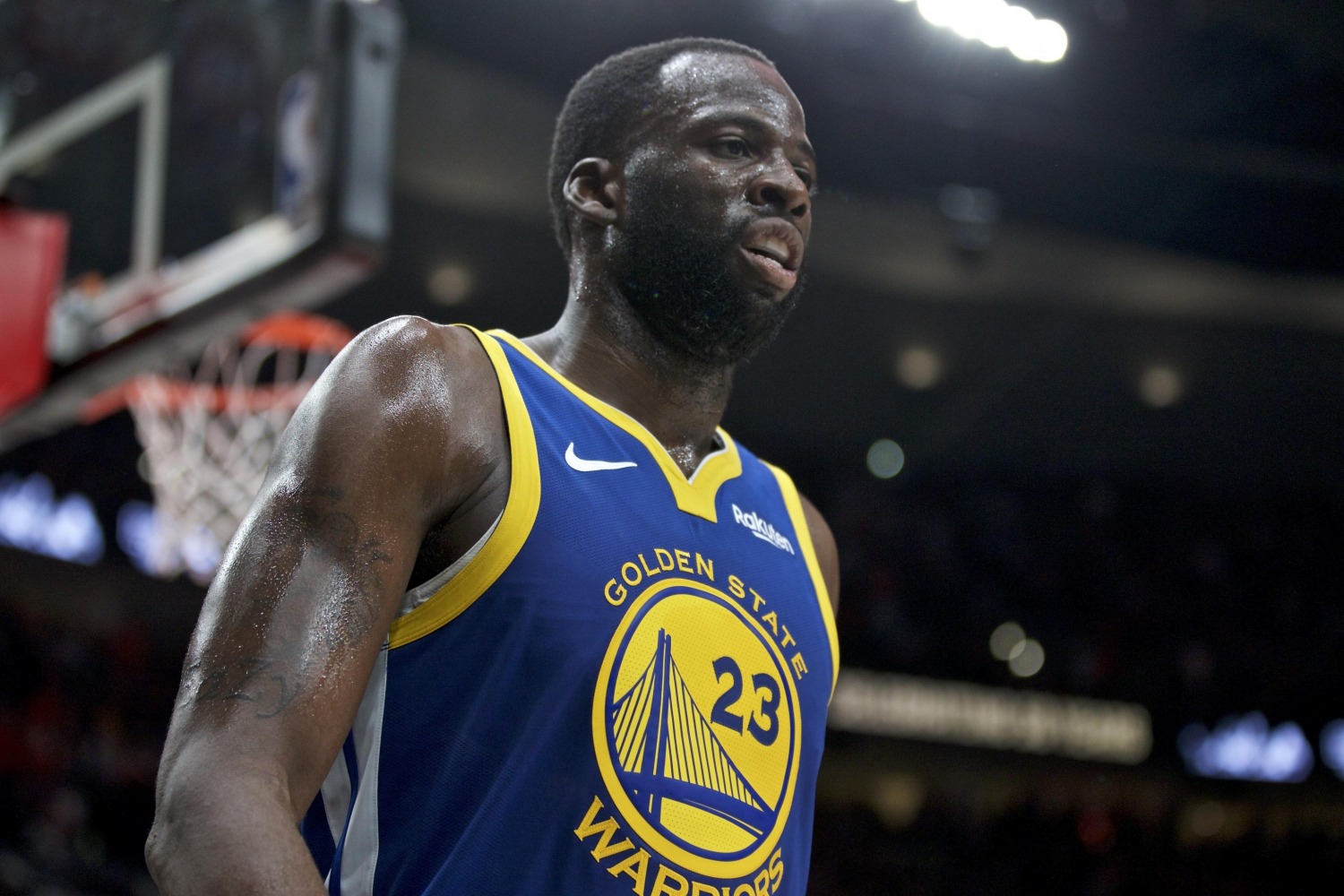 When the Warriors said their habitually malignant headache would disappear for a while, they meant a week.  Never mind that Steve Kerr said the pop shot on Jordan Poole was the “biggest crisis” his team’s ever had.  The Warriors are going to sweep Draymond Green’s mess under the rug and throw accountability out the back door.

Before Draymond left on Oct. 6, he said the relationship with his teammate had “splintered.” One has to wonder, what changed so quickly in a week that execs thought bringing him back was a good idea?

Draymond’s quick return is risky.  On the one hand, Kevon Looney, an eight-year vet with the team, said he’s got work to do to earn back trust.  And on the other, you have Green admitting he still has difficulty approaching Poole.

Yet, everything looked normal during the preseason game against Denver on Friday.  He looked in sync with the group, feeding open teammates shielded by pindowns, making cuts to the basket after the catch, and on some occasions, guarding multiple Nuggets per possession.

To the naked eye, it looked like one of the team’s pillars was in midseason form, ready to defend the throne. But what the surface reveals may not tell the whole story.  It was an exhibition with no stakes behind it.  I am still curious to see how Green and Poole share the floor in a game that matters.  That will be the ultimate test to see if they can keep working together, not an abundance of quotes to the press that sound like the right things.

After the game, Poole spoke to reporters for the first time since the incident.

“He apologized [professionally].  We plan on handling ourselves that way.  We’re here to play basketball… we’re here to win a championship and keep winning banners.”

Poole is a pro who keeps it all business.  It’s impossible to know now if he harbors any resentment, but if he did, it would be warranted.

It shouldn’t surprise anyone the Warriors are soft on discipline.  Six years ago, Bob Myers said he had blindspots for Green, and then Kerr shared his concerns for “tempering” him because his player might lose an edge. What? This was after #23 threatened his coach, and teammates had to get between them during halftime of a game at OKC.

This time, management has set a dangerous precedent for the club.  A player assaulted a teammate and basically received no repercussions.

It grinds me gears the team has said the decision for Green to take his brief leave of absence, which has concluded, was a mutual decision.  Where in the world does a guilty subordinate get to decide his punishment?  Corrupt governments do not count.

“He’s been fined, but I won’t talk about the amount on that,” Kerr said Thursday. Green will earn $25.8 million this year. I’m sure he’ll be OK on that front.

The Dubs failed to do the minimum in holding Draymond up to the standards of his station.  It’s unclear why he’s getting this pass when some of the worst offenses on his rap sheet, just with the team, include pissing away a championship and threatening his instructor.  A season later, former teammate Marreese Speights, then a Clipper, said Green also disrupted practice that day, and the effects lingered the rest of the year.

But it’s unlikely the Warriors will keep putting up with this.  Primarily for financial reasons because with the latest extensions handed to Poole and, more recently, Andrew Wiggins, the club is priced out.  With two years left on his deal (the second is a player option), Green will presumably opt in for the last year, owing to the fact that he wouldn’t get such a lucrative salary elsewhere.  If he does commit to staying for 2023/2024, Golden State’s annual bill jumps to $530 million, per ESPN’s Bobby Marks.

Judging by team governor Joe Lacob’s comments, writing a check that hefty isn’t happening.  Nobody should be stunned if the Warriors decide to put Green on the trade block this season.

The team showed its priorities picking the two younger players to extend.  From the outside, it sure does look like the Warriors are preparing for life without #23.  Aside from a resurgence on offense while keeping the same RPMs defensively, the only other factor that could make Golden State reconsider its eventual long-term plans is if there is a lapse in the development of Jonathan Kuminga, Moses Moody, and James Wiseman.

Green has said a lot before and after his hiatus.  He can be very convincing too.

That sounds like a judicious approach. The point Green also made about “actions showing your apologies” was accurate.  He has the opportunity to prove his regrets are sincere.  He could start by never disrespecting a teammate again.