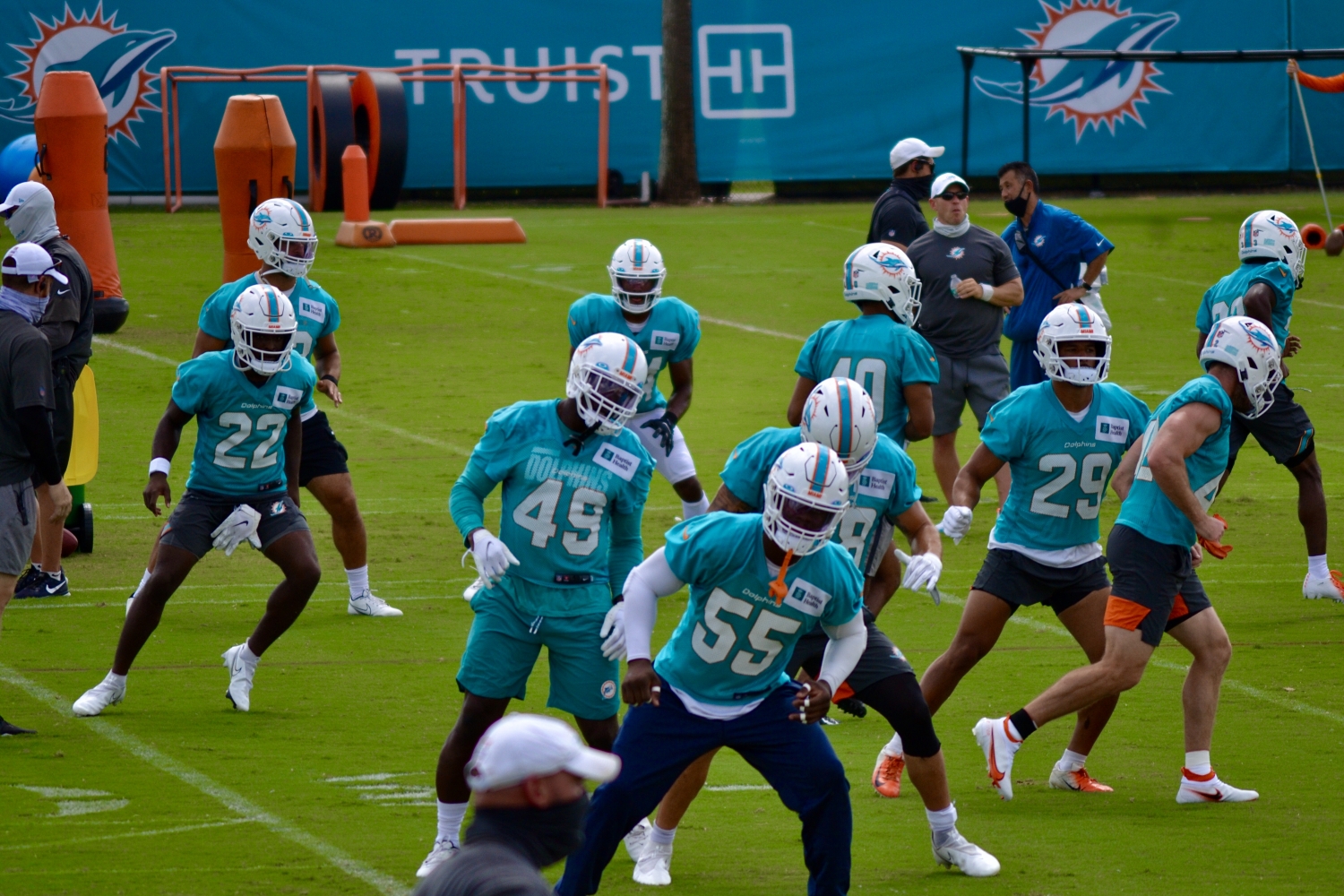 It has been a long and vigorous offseason following the Chiefs winning it all, but universally, we can all agree what a crazy year it has been and how happy we are to know that football is right around the corner. The lack of preseason was very missed by myself due to that being the time I spend the most analyzing the Dolphins and how all the new additions are syncing with the pieces we thought best to bring back for another year. Unfortunately, due to circumstances out of our control, we will have to do with what we have been given.

Here are five things to watch in the Dolphins week one matchup versus the Patriots.

The lack of preseason creates a couple of highly interesting dynamics. Primarily around lineups, rotations, and how many snaps will each player be allowed to play? With the first couple of weeks essentially being preseason games, the two groups that will most likely be affected will be the defensive and offensive lines.

From speaking and hearing Flores, starting three rookies makes him a bit queasy, but I doubt that the starting offensive line will handle 50+ snaps right out of the gate. This is the perfect time to throw the rookies in the fire and seeing what they have. Kindley has specifically stood out all camp, and keeping an eye on his development will be critical to this team’s success. The defensive line is another group that will have a lot of bodies rotating. How are Godchaux and Wilkins developing? How are our rookies gelling? Davis seems to be standing out. Can he put it all together live? Can the new additions of Ogbah and Shaq Lawson give this team the pass rush they desperately missed last year?

Another pair of groups that I will be keeping a close eye on will be the Wr and Rb groups. How are the rotations going to play out for the wide receivers on this team? No Allen Hurns or Albert Wilson due to having them opt out of the year means that other receivers will have to step up, especially since Parker has been out of practice since mid-July. How much playing time can Jakeem, Ford, and Preston coming off an ACL injury handle? Will we be forced to run more 2 or 3 tight end sets due to the lack of Wr?

Speaking of Preston, the trade for Lyndon Bowden Jr (A new LBJ in Miami) affects not only our Wr rotation but hopefully will limit the need to use Preston and even Jakeem as returners. The Rb group is impressive because of how we ultimately end up approaching who takes the most carries. Will we go with the Patriots approach, which uses one Rb for a specific role, Laird could be our James White, Howard our Sony, and Breida as our change of pace back. We could also take the 49ers approach and roll out all three guys and let whoever has the hot hand run wild that afternoon on top of all that we need to keep a close eye on how all the moving pieces in the Oline will affect the run game.

How will no preseason affect the team’s play early on?

Typically, during the early part of camp and the first few games of preseason, defenses are usually ahead of the offense. This year will be crucial to see how long offenses take to really get in sync. Will the lack of offense the first few weeks and almost guaranteed injuries force people to admit and realize how much we need at least two preseason games? Defensively, have Wilkins, Baker, Rowe, and Bobby McCain developed enough to take the next step in 2020?  Have all the new additions in Van Noy, Ogbah, Lawson, and Jones, have enough time to learn the system and execute it at a high level?

Is Xavien Howard ready to play a full-16 game season?

Will Xavien missing the whole offseason recovering from COVID and the knee injury that ended his year, be able to play at the high level we expect from the start. How many games until he can play his usual allotment of snaps? Will the most expensive pair of Cb in the NFL live up to the billing?

One of the few bright spots last year, which we can give a tremendous amount of credit to Flores for, was the lack of penalties. The Dolphins last year finished as the 6th fewest penalized team in the NFL, due mainly to the focus Flores put on that part of the game, as well as the TNT wall from last training camp. The TNT wall did not happen this year due to the time crunch we had to get everyone ready to play week one. Can we expect to improve on one of our strong points from last year? Or are we doomed to revert to what we have grown accustomed to seeing?
Additionally, the players are not the only ones who I’m curious to see development and growth. How will Coach Flores and the staff build on last year? Can they work on situational football, starting the season strong, timeout, and challenge management? If they can improve on those while still maintaining the intense focus on penalties, we may finally have a coaching staff we can rely on.

EXTRA: When will Tua Tagovailoa become Miami’s starting QB of the future?

Finally, we couldn’t finish talking about the Dolphins without speaking or mentioning Tua– now, could we? How does he look holding the clipboard? Does the No. 1 look good on him? Will he wear a visor? No, but in all seriousness, do we get a chance to see Tua in blowouts even from the start of the season? Or will Fitz have a long leash because Tua will only be 11 months removed from a severe hip injury?

Not sure about you guys, but this year feels completely different. It feels like we have a path and a route to follow with us beefing up our Oline and drafting the face of the franchise. Let’s see what this year has in store, because I for one, cannot wait.