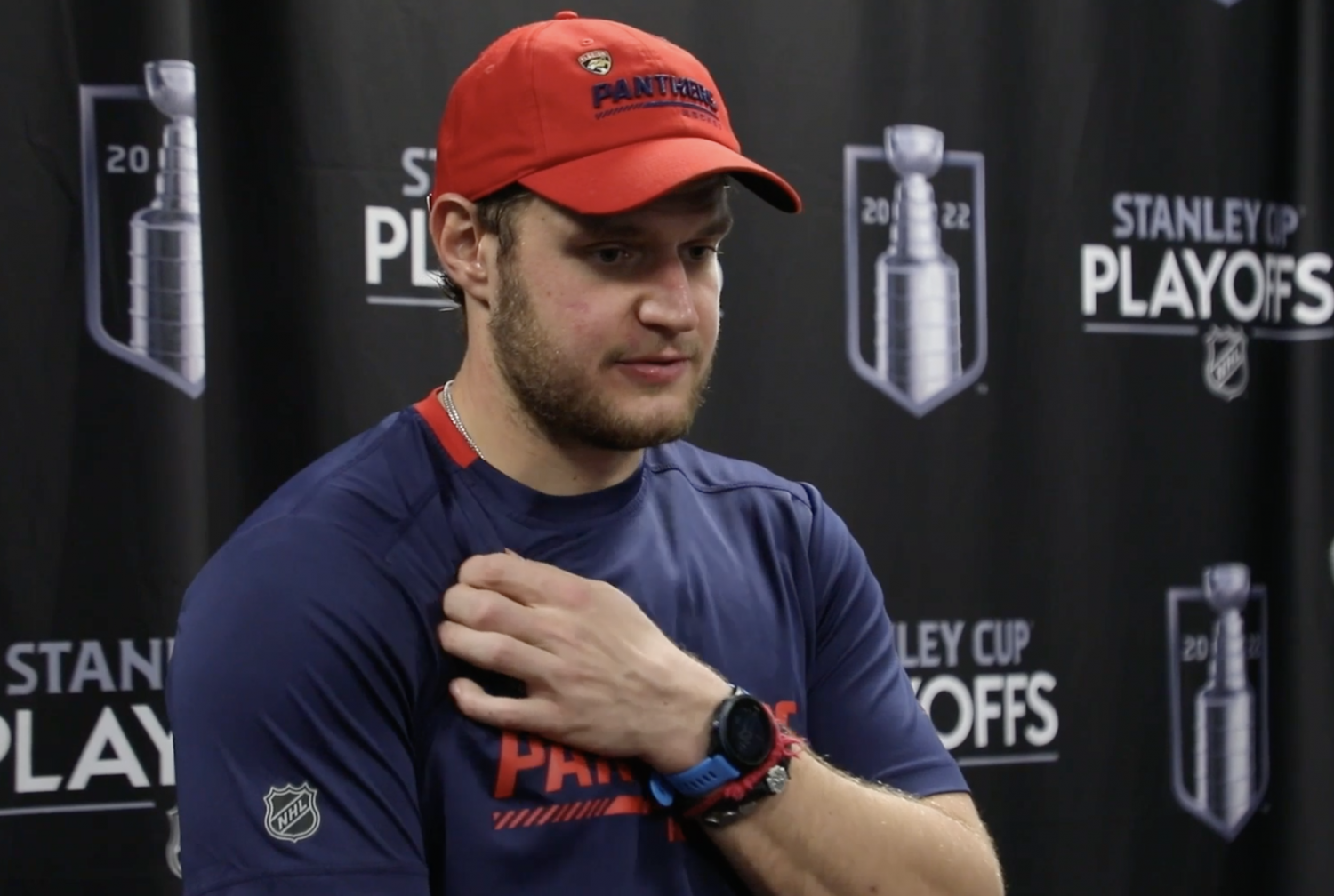 With the series tied at 2-2, Florida still has visible issues that could be the difference of winning or losing this series

Finishing the regular season atop the league standings had many onlookers heavily favoring the Florida Panthers in their first round matchup against the Washington Capitals.

Washington, who came off of a Stanley Cup win in 2018, was not going to let the Panthers walk all over them in this series.

From the moment the puck dropped in Game 1, the Capitals had their foot on the gas and competed with the Panthers, outclassing them in many aspects of the game, including goalscoring.

After splitting the first two games in Sunrise, Washington returned home to the nation’s capital for Game 3. The Capitals put on a clinic, demolishing the Panthers 6-1 and taking a 2-1 series lead.

Heading into Monday night’s Game 4, the Panthers were on the brink of facing a 3-1 series deficit if they couldn’t steal a road game back from the Capitals,

On Monday, the game plan looked better than any other game in the series. Florida was getting pucks in deep, countering Washington’s tight gaps in the neutral zone and creating traffic around the Capital’s goal.

Despite dominating Washington in shots, faceoff percentage and scoring chances, the Panthers found themselves looking for a goal with under three minutes to play in the third.

Interim head coach Andrew Brunette pulled goaltender Sergei Bobrvosky, and the Cats pushed for the tying goal. With 2:04 left in regulation, Sam Reinhart corralled a puck from mid air, put it in front of him and buried his first-career NHL playoff goal, sending the game to overtime.

In OT, the “Comeback Cats” prevailed when Carter Verhaeghe scored his second goal of the game, sending the series back to Sunrise tied at 2-2.

That’s how the Panthers found themselves in a tied series heading into Wednesday night’s Game 5 at FLA Live Arena in Sunrise.

It’s a best-of-three series now, but the Cats have not played the greatest team hockey to this point. There are major concerns that could have been the difference between this series being 2-2 and the Panthers having a lead going into Game 5.

If Florida fixes these problems, it’s their series to take.

When you look at the Panthers’ lineup on paper, the first thing you’ll think of is explosive offensive talent. They have seven players in the lineup with at least 20 goals from the regular season. The team scored a league high 4.11 goals a game and had more goals (337) than any other team in the league.

You’d think the best scoring team in the league would take advantage of their opportunities on the powerplay, right?

Every team in the 2022 Stanley Cup Playoffs have scored at least 2 power play goals so far in the first round, except for Florida.

When the games are close and you fail to capitalize on power play chances, your opponent gets all the momentum from the kill, while your power play unit can’t buy a goal.

Florida is lucky that they aren’t out of the series by now with a 0% power play.

In Game 4, the adjustments seemed to have been made for the power play setup. The puck  was moving faster, guys were opening themselves up in shooting lanes, and the players were carrying the puck up and down the wall more rather than being stationary which is common for the Panthers power play.

The best power play setup I saw in Game 4 was when they moved Aleksander Barkov away from the point and had him working alongside the right end board. With his size, passing ability and skill with the puck, he is way more efficient closer to goal than at the top of the point. Stick to that sort of setup and movement and the puck will find the back of the net.

Aleksander Barkov has not shown his usual explosiveness with the puck

When he is on his game, there’s not many better players on the planet than Aleksander Barkov. In this series however, the captain has not looked like his usual self offensively. The stat sheet has him with 3 points (1 goal, 2 assists), which is the same as Jonathan Huberdeau. While the pair have the same points, Huberdeau has been more visible in this series.

No question both guys could be better considering how good they were in the regular season, but it’s the playoffs and Barkov hasn’t had the jump you’d expect of a guy who had 39 goals and 88 points in 67 games this season. With Huberdeau, I’ve seen him carry the puck in, hit open guys and push the Caps defense back pretty frequently this series. Barkov, not so much.

Defensively, the back checking, corner battles and getting in lanes are all still there.  It’s the explosive punch that hasn’t been awakened yet in the series. Barkov is so good with the puck on his stick, it’s hard for the opponent to bounce him off it when he gets going.

Being more selfish, dropping the shoulder and driving the net, testing Washington’s goalie, that’s what Barkov needs to do because he’s a star player and star players dominating win you a series.

Barkov needs to take over the game; when that happens, Washington will have a 6’3, 215 pound machine coming at them.

Duclair has been one of the best stories of this Panther team. After bouncing around the league, the 26-year-old’s sixth NHL team would be the one where he found a home, in Sunrise.

Duclair had a career-high 31 goals this season, shattering his previous best of 23.

Unfortunately for him, his scoring touch has not carried over to the postseason. Duclair is goalless through four games and has seen his ice time rapidly drop.

In Game 1, Duclair had 14:09 of total on ice time. Since then it has progressively decreased, with Duke only seeing the ice for 9:48.

In six games last postseason against Tampa, Duclair went pointless, while seeing his ice time dwindle to around the 10 minute mark then too.

I don’t know if it’s a confidence thing for Duke, but he’s such an offensively skilled player and him putting the puck in the net would be a huge help for the Panthers if they want to advance to the second round.

Can they fix it?

This isn’t the regular season, so you don’t have 82 games, hundreds of practices/skates to get everything in order. The Playoffs is where the champions are separated from the rest. If all three of these concerns can be fixed, great, but that’s wishful thinking as we are just hours away from a decisive Game 5. I think if at least one of these areas of concern can be addressed tonight, the Panthers will have a better chance of winning the series.

What’s Wrong with the Panthers’ Special Teams?
Scroll to top