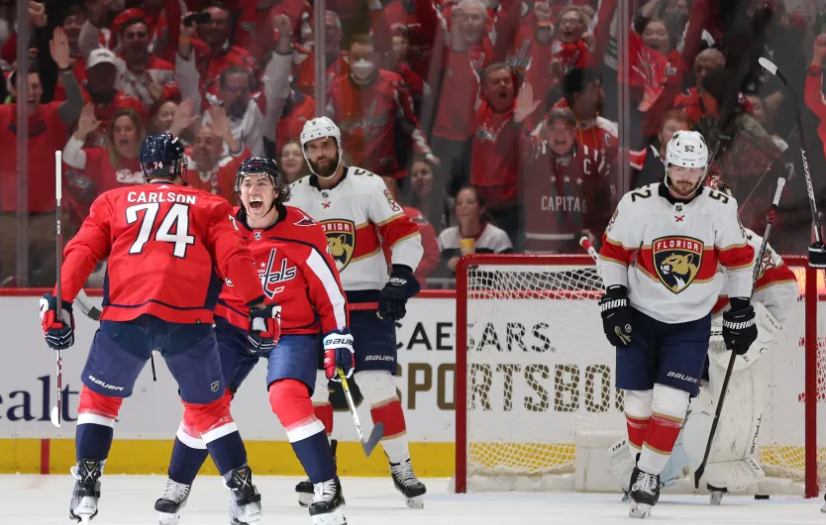 Through the first five games of the series, the Panthers are 0-16 (not a typo) on the power play. Yes, the leagues number five power play on the year has yet to score a goal on SIXTEEN tries. Doing some quick math, that equates to a conversion rate of roughly 0 percent.

By Contrast, the Washington Capitals have scored on six of their 20 chances for a success rate of 30 percent. That number is significantly higher than their regular season average of 18.8 percent.

Unsurprisingly, the Panthers performance on special teams has made winning these games significantly harder. The Panthers need to flip their special teams play around if they want to make a deep run in the playoffs.

As a hockey fan, I think a disproportionate amount of hockey discourse centers around teams or players being cursed. It acts as a scapegoat for inexplicable playoff performances or uncanny strings of bad luck. Most of the time, its just popular pundits ignoring the obvious or fans living in denial as to why their team lost.

With that being said, I don’t think I’ve seen evidence of a curse as compelling as this one.

I’m only half joking, of course, but this is getting absurd. The Panthers power play struggled early on in the year, but finished as the fifth best in the league. The team was so red hot towards the end of the year they sustained a league best power play percentage of 30.9 percent since February.

And all of a sudden, it vanished.

There are a few moving parts that could explain this. The biggest adjustment for the team has been trying to reincorporate Aaron Ekblad back on the first power play unit. The team found a groove with the five forward power play, and it looks to be a struggle trying to reinstall Ekblad as the quarterback.

Whether it has more to do with Ekblad shaking off some rust coming off the injury or the lack of chemistry with a group that has never played together before, there is simply not enough time to figure it out now. When deployed the five forward power play has generated the most pressure for the Panthers this postseason. The plan should be to stick with that for now and figure out the Ekblad piece over the summer.

Besides that, better results will just come down to getting some more puck luck and playing with less fear. The Panthers are clearly the more talented team. Because of that, high event hockey plays to their advantage. Even if they give up more shorthanded chances, the talent on the roster affords them that luxury. If they play more aggressively and with more movement, more goals will follow.

To their credit, the Panthers have done an excellent job limiting Alexander Ovechkin’s impact on the power play. They have overcommitted to his one timer and forced him to pass out of his usual spots. He has only scored one power play goal all series, and it came on a broken play.

Obviously, overcommitting to one player opens up plenty of other options for the opponent, and the capitals are taking advantage of that. The main benefactor of this strategy has been T.J. Oshie. Oshie has scored four power play goals this series. The connection between Oshie and quarterback John Carlson has been superb. Oshie tipping and redirecting Carlson’s soft shots has made the Panthers penalty kill look silly all series.

As seen below, the Panthers pressure Ovechkin out of the zone, but some quick puck movement leads to a Capitals goal.

nhl video highlight – r1, gm4: t.j. oshie jumps to deflect john carlson's one-timer off his shin pad and in for the power-play goal, putting the capitals up 1-0. pic.twitter.com/ATYmmVss1A

Fixing this one will be tricky. Washington is fortunate enough to have the greatest shooter of our lifetimes on their team and three guys (Carlson, Backstrom, Kuznetsov) who excel at getting him the puck. Overcommitting to him is the right call, but the defense relaxes too much when the puck isn’t in the vicinity of the great 8.

Washington does have a fatal flaw, however, and that is predictability. Their M.O. has John Carlson setting the table for everything and everybody else at the top of the zone. Florida can counter this by putting pressure on the slow footed Carlson and make him move the puck before he is ready.

Look how much space the Panthers give Carlson to take the shot in the clip below. The Capitals want to feed him at the point, and the Panthers let it happen, which leads to a goal.

It may seem counter intuitive to play aggressively that high in the zone when shorthanded, but Carlson has destroyed the conservative approach. Carlson may still be an excellent power play QB, is not the player he used to be physically. The Panthers have excellent speed and need to use that to their advantage here. The key is to be proactive rather than reactive. The Capitals are too experienced for the Panthers to be playing catch up with.

Overall, the Panthers have shown some good and some bad in this first round matchup. They’ve been the better team 5v5, but they’ve also made this series much harder than it needed to be. Hopefully it will serve as a learning experience for them and they can make the adjustments to win this round and more rounds going forward. Only time will tell.

Florida Panthers head into Game 5 tied 2-2 despite visible concerns in the ...