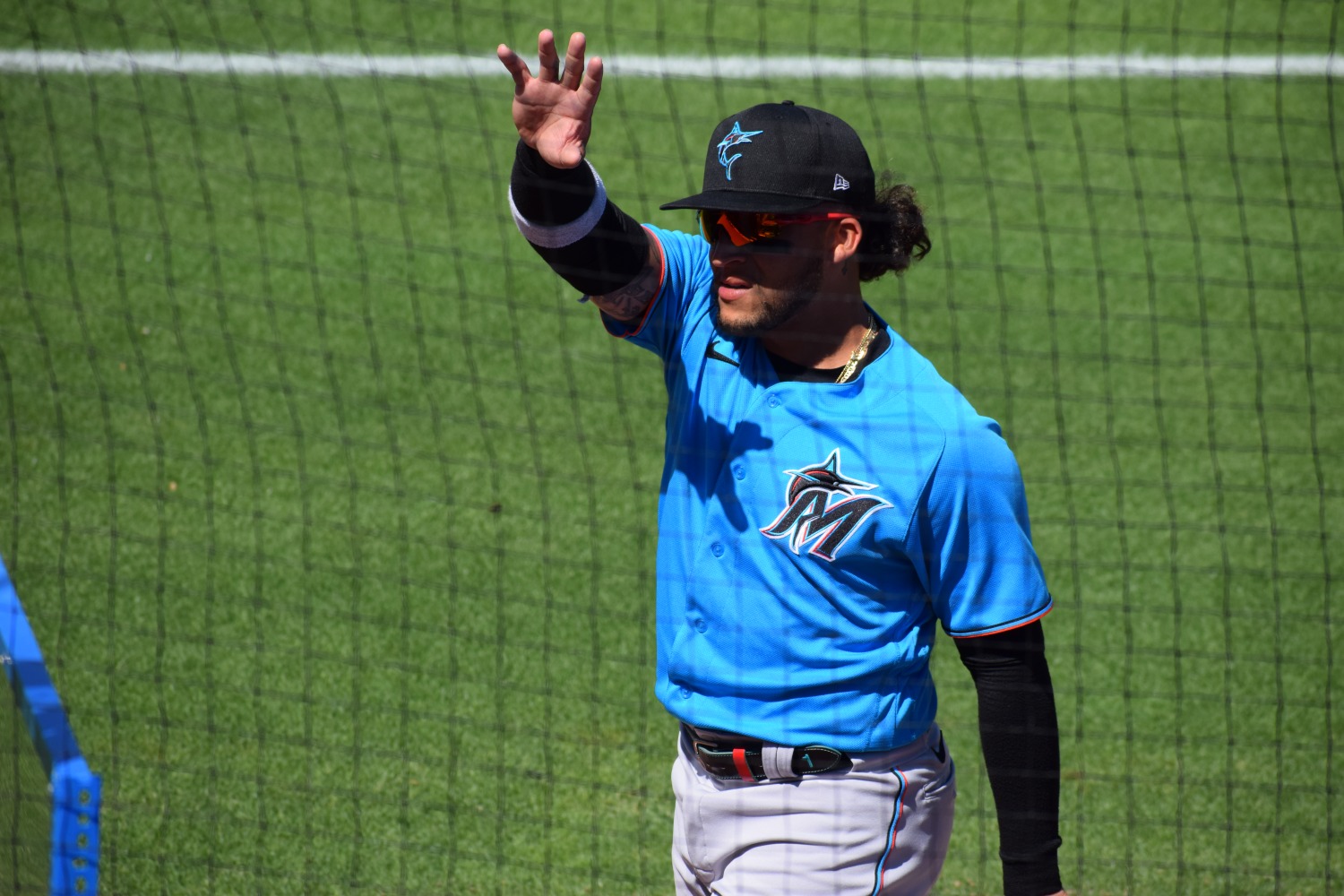 Isan Diaz is battling with Jazz Chisholm to see who will be the starting second baseman for the Miami Marlins in the beginning of the 2021 season.

When Diaz came up, he was destroying minor-league pitching hitting homers here and there.

However, the result has not been the same when he had to face Major League Baseball pitching. Besides homering against Jacob DeGrom in his MLB debut in New York, there have not been too many highlights in his career.

The lefty hitter struck out 59 times in 201 plate appearances. Not a very beautiful sight.

In 2020, Diaz opted out before the Summer Training began, and later on decided he wanted to play.

That only lasted seven games, in which he only got four hits in 22 at bats. Again, his walk to strikeout ratio, was not good. Zero walks, and seven strikeouts.

In both of those short spans in the majors, Diaz had a combined WAR of -1.0. However you want to look at it, using sabermetrics or not, Diaz has not performed.

So, that’s why I think this should be the last shot for Diaz to be the starting second baseman of the Miami Marlins, a team that just went back to the playoffs for the first time in 17 years.

The injuries, including Diaz’s, have opened the door for Jazz Chisholm, who arrived from the Diamondbacks in the Zac Gallen trade.

Isan Diaz will turn 25 on May, and failing to hit the ball better this season will probably make us think about Lewis Brinson and his constant failures to keep up with the expectations.

Both of them came to the Marlins in the Christian Yelich trade, so there’s in an extra pressure there for both the players and the team to try to get it right.

Jordan Yamamoto is already out of the team, and Monte Harrison (who turns 26 this year), seems to be on a crossroad as well.

Chisholm just made his debut last season, and wasn’t impressive during his first six games with the team in the regular season, and then in the postseason, which could be a reason to send him down to the minors, regardless of what he does in the Spring Training.

Jazz seems to be a better glove in the long run, but the offensive side is kind of even.

And this Marlins team needs offense, desperately. That could be the x factor. If none of them can hit, the position might end up in Jon Berti’s hand.

All Jimmy: The Heat’s Extreme Reliance on Butler
Scroll to top