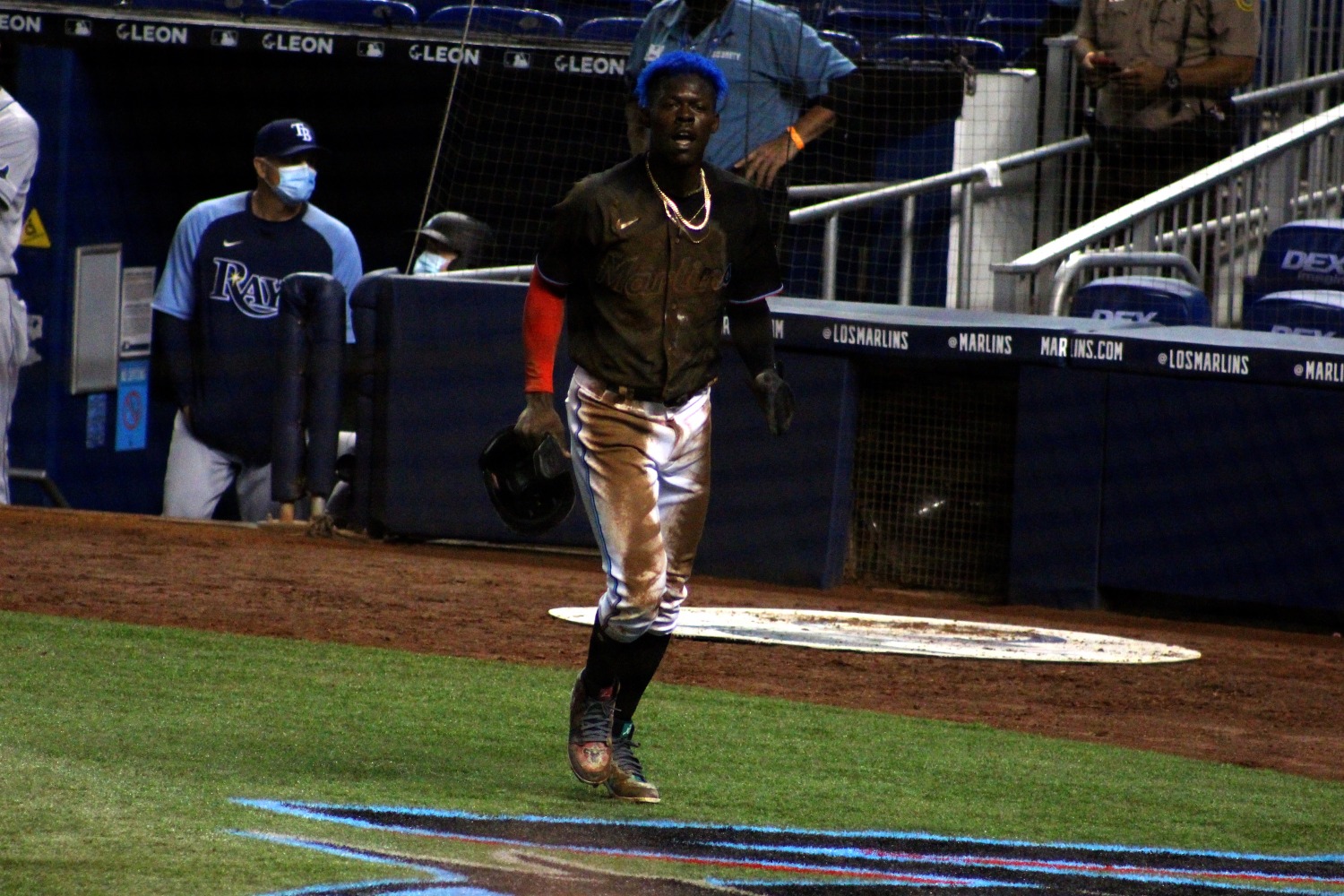 “Hold on, Jazz is starting his thing.”

Miami Marlins manager Don Mattingly said that about rookie second baseman Jazz Chisholm on Friday after he hit a triple to spark a three-run rally in a 6-4 loss to the Tampa Bay Rays.

It sounded like a promise at first but after Saturday, it’s starting to appear as a threat.

In his most recent scouting report on MLB Pipeline, Chisholm was given a 55 run grade on a scale of 20-80. He proved deserving of a higher grade when he stole second and third base on his way to scoring on a sacrifice fly by Chad Wallach in the fourth inning. 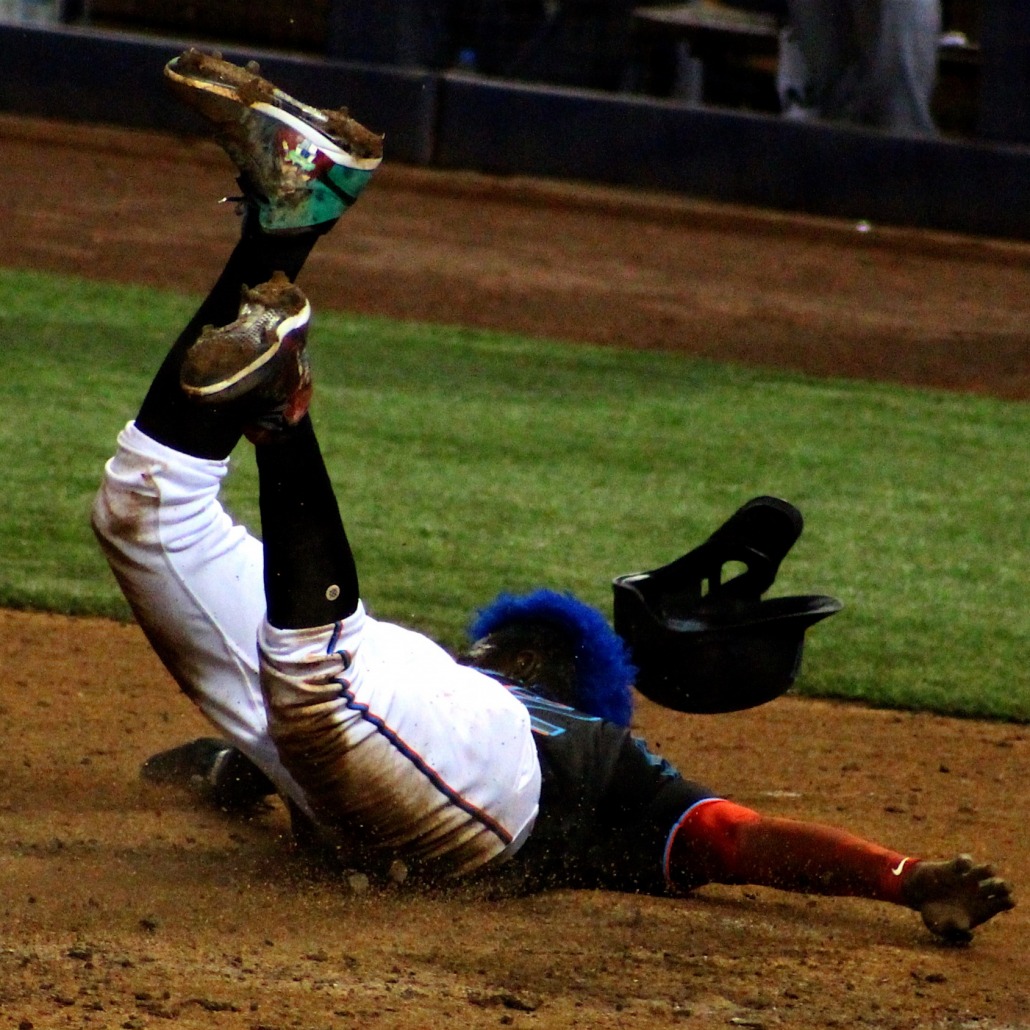 With the way he ran from first to second to third, you would have thought that was Sonic the Hedgehog out there for the Marlins. Then he dove towards home plate like Willy Mays Hays from the movie, “Major League.” His helmet flew out of his head upon impact to the ground revealing his royal blue-dyed hair, which confirmed that it was indeed the blue blur out there on the basepath.

Chisholm is proof that the most surefire way to become a fan favorite and one of the most exciting players on the team is to steal bases and dash towards the plate. Stealing bases has been a lost art in recent years. Why steal second when you can swing for the fences and touch them all? Adam Duvall made the most of his pinch-hit appearance when he hit a solo home run in the eighth inning. It’s not like he was going to reach base and steal second or third.

Chisholm was the highest-rated prospect in the Arizona Diamondbacks organization in 2019 when the Marlins traded an emerging ace in Zac Gallen for him in the waning moments of the trade deadline. It was an understandable move to make at the time considering that the Marlins had little organizational depth in the shortstop position and Isan Diaz was expected to lock down the second baseman slot for years to come.

It was also a hard move to make when considering what it cost. Gallen was not regarded as highly as Sandy Alcantara at the time of the offseason trade that netted both pitchers along with Daniel Castano, and and speedy outfielder Magneuris Sierra.

However, as his hair grew, so did his stature. He has a 2.78 ERA in 27 career starts with 26 more strikeouts than innings pitched. Not once in his young big league career has he given up more than three runs in a single outing.

That only meant added pressure for Chisholm to live up to the expectations that comes from acquiring a team’s top prospect. He came into spring training as the fourth-ranked prospect in the Marlins’ newly refurbished farm system and beat out Diaz for the Opening Day second base job.

After just one series into the season, it’s easy to dismiss anything with “it’s early.” Even if that’s so, it doesn’t mean that fans and media alike should wait until the summer to watch him blossom.

Pablo Lopez, another victim of the lack of production
Scroll to top