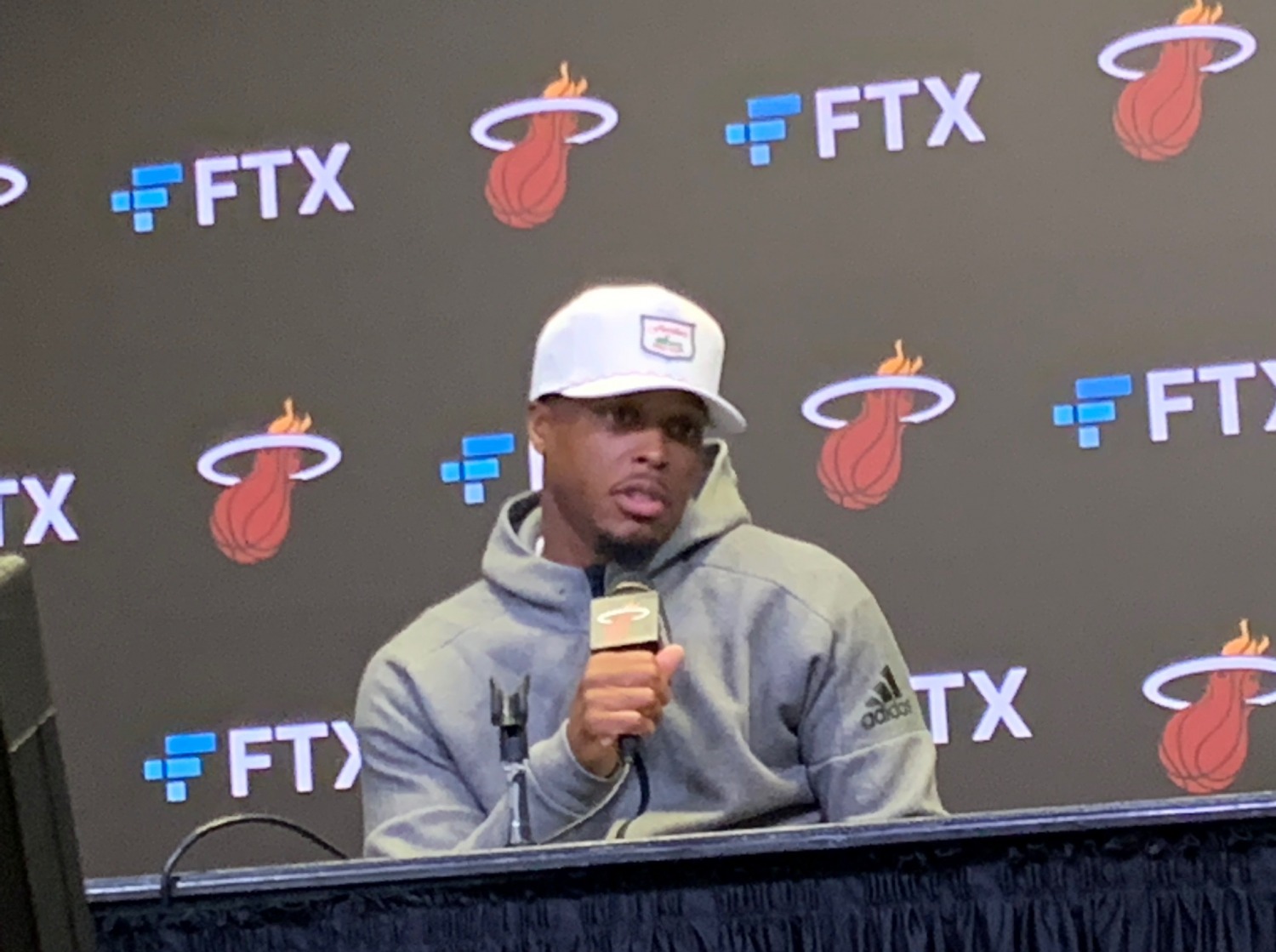 Fitting into a new situation can take time and patience for anyone. Whether it’s been arriving at a new school or a new job, we’ve all experienced the awkward orientation period. Trying to find where you belong while not stepping on the toes of those who are already there. For Kyle Lowry and the Miami Heat, that adjustment period seemingly took less than one day. It’s felt like Lowry has been in Miami for an entire decade when he’s only logged 6 games with the franchise.

It may be a surprise to some people just how quickly the two parties have clicked. In reality, it shouldn’t come as much of a shock when you delve into the details of this marriage.

Kyle Lowry has always been a player you can plug into whichever system you throw him in. He’s like the one size fits all sweatpants you can rock any day of the week. He can work both on-ball and off-the-ball at an elite level while making sure the team doesn’t skip a beat. Even if he doesn’t have the crazy assist numbers like Chris Paul, he’s still on that same level of a floor general.

It’s not just that Kyle lends himself to the rest of the team, but that they play off of him just as well. For Jimmy Butler it allows him to be more of a scoring threat.  He’s freed him of the burden of being the team’s only downhill creator. The same goes for Bam Adebayo, whose assist numbers have gone down as his scoring and rebounding go up. Lowry is helping Adebayo in ways Chris Paul did for so many big men, including DeAndre Ayton last season. Growing his confidence while getting him easy looks, whether that be in pick and rolls or early transition.

Tyler Herro has already raved about how much Lowry has helped his game on and off the court. Gushing about the way he gets everyone into the right spots to succeed. The Lowry-Herro 2-man lineups have a 118.2 ORTG 92.6 DRTG for a +25.6 Net. That’s some Small Sample Size Theater, but the chemistry is there. It’s reminiscent of the way he worked with Fred Van Vleet and his early days with Goran Dragic in Houston.

On the defense, you see how seamless he’s filled that point of attack hole that’s plagued the team the past few years. The way he talks and communicates (along with PJ Tucker) while taking charges has fit like a glove. This is much to the delight of Erik Spoelstra, who has always coached good defenses and preached those principles his entire tenure.

These are the reasons why Miami tried so hard to trade for Kyle Lowry last season and was their top priority this past summer. The Heat knew he would help their chances and also help improve their young players for the future. Miami knew what Kyle Lowry was all about. He’s the kind of player that has always caught the eye of the Miami Heat front office. A player that plays every possession like it’s his last and doesn’t back down from anything. Someone willing to take a charge in a damn All-Star Game is always going to catch Pat Riley’s attention.

Kyle Lowry said after Miami’s recent win against Dallas that “Spo has kinda let me go out there and kinda just do things, and they’ve adjusted to me. They’ve been very adaptable to us.” The team has handed the keys to their new PG to take the car wherever at the speed he wants. Coach Spoelstra and the staff have utilized his tendency to put the pace and get out in transition. They know what Lowry is good at and want to utilize every aspect of his game. The Heat trust Kyle the same way they trusted Jimmy Butler when he first arrived. You don’t get that kind of faith from the organization that easily. You have to be a special kind of player and that’s what Lowry and Butler are.

They’re both cut from the same cloth and it’s no surprise the two are such close friends. Butler is even the Godfather to Lowry’s daughter. They’re no strangers to each other and both know about thriving in stable organizations that know what they’re doing. They know what it means to have an organization that holds everyone accountable and asks for the best out of each of their guys on a nightly basis. Lowry helped lay the foundation in Toronto for what is now an exemplary organization that teams look to emulate.

There are plenty of jokes on Twitter, but Kyle Lowry didn’t need the Miami Heat to “set him in the right direction.” He’s been one of the best players at his position the past decade-plus. What he’s doing in Miami is rocking with a team that’s on the same wavelength as him. They both want to win a title and share similar mindsets about what it will take to get there. Both parties see eye-to-eye on so many levels.

Kyle Lowry knows what Miami is all about and vice versa. They are going to do whatever it takes to get to their ultimate goal. No one outside the team expected this type of start. Most fans will tell you that it might take a month or so to hit their stride. What everyone didn’t count on was that Kyle has always been a “Miami Heat” player, in a sense, just without the jersey.

The Heat has allowed Lowry to be who he’s always been. They won’t dare change what made him who he is today. They’ve rolled the ball out on the floor and theoretically told him to “be Kyle to the highest degree.”

The thing about trying to fit in is that if you’re trying too hard, you’re never succeeding. The awkward part where you’re not sure of where you should be can throw you off so easily. The Heat made sure that Lowry never had to try and that the team will follow not only Jimmy’s lead but his as well. It’s easy to fit in when the moment you arrive you’re greeted with people like you.