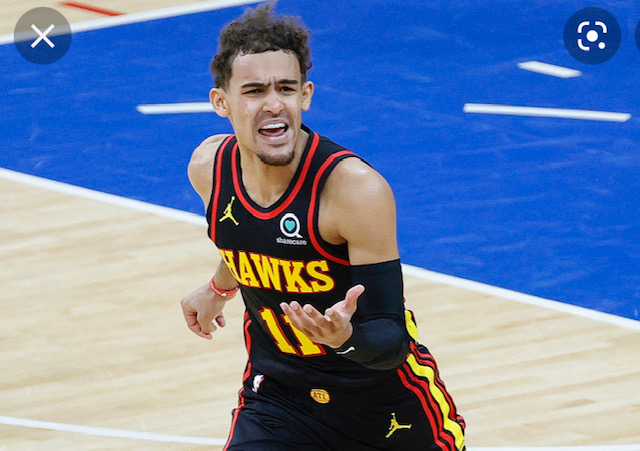 The NBA season is still in its infancy, and most things seen now should be taken with a grain of salt.  Like last year, some records, good and bad, only two weeks into action can be misleading.  This part of the season is purely for enjoyment.  Making accurate predictions based on the limited sample size is no easy task.  Beware of buying or selling off all your stocks on a team now.

At this moment, the defending champions (Bucks) have 6-6 record and are eighth in the east.  It’s difficult for any team to establish a rhythm when key cogs are missing.  Starting center Brook Lopez has missed nine straight games since the opener because of lingering back pain.  Jrue Holiday has missed six outings due to a left ankle injury before his return Friday in the loss at home to the Knicks.   Khris Middleton was absent six consecutive nights in health and safety protocols, too.

Eventually, the champs will get Lopez and Middleton back and most likely return to competing at a championship level.  But for now, they’re without a shot-blocker who can lure opposing bigs to the perimeter and another guy capable of scoring in all three areas in the halfcourt.  It would be unwise to forget about this group amid the surge of the Miami Heat, Chicago Bulls, and the early surprises of the Washington Wizards and the Cleveland Cavaliers.  All of that may not last forever.

The Atlanta Hawks are another squad whose record may not paint an accurate representation of the team.  Sitting on a 4-8 record, the Hawks’ have not had as much success as last season getting to the free-throw line.  They were fourth in attempts in 2021, but this year are 21st in the league in that category.

Much of this has to do with Trae Young not adjusting yet to the new rule changes implemented by the NBA.  Young can no longer deceive the refs by hooking a defender’s arm with his off-hand or abruptly stopping when an opponent is on his trail, causing contact.

Luckily for Young, he doesn’t need cheap tricks to get to the line.  His speed, long-range ability, and tight handle allow him to roam anywhere on the court offensively, and defenders usually bite when they sense he is loading up for a jumper.

To earn more contact, #11 might need to take a higher volume of his shots closer to the rim instead of looking for jump shot fouls.  Through 10 games, he is attempting 18.5% of attempts within 3-10 feet of the hoop.  It’s a slight increase from last season’s mark of 16.2%, but then he had more liberties away from the basket with his defender.

The dip in free-throws attempts is impacting Atlanta’s defense as well.  Usually, after the final free throw, the team retreating has a good view of where the ball is coming from, which allows an opportunity for positioning.   The lower rate of charity stripe shots also prevents Atlanta from disturbing the other team’s offensive flow.  It’s not easy to keep the same synchronicity when the opponent keeps stopping the clock.

Concerning the Philadelphia 76ers, it’s stunning they are currently first in the east while their disgruntled All-Star Ben Simmons refuses to play.  The squad’s absent playmaker is a defensive stalwart, yet to this point, the group has barely missed a beat on this side of the court without his versatility.  Philadelphia is the sixth-best of 30 teams in defensive field goal percentage, and they hold opponents to only 102.6 points per game, per NBA.com.

There’s no reason to believe the organization’s quarrel with Simmons will end soon.  The fact this headache is still a distraction makes it more impressive the team has operated so efficiently without someone who eats up $33 million of the group’s annual salary cap.

Another factor making this a head-scratcher is that Joel Embiid has at moments played through pain in his right knee, per ESPN.  Since Ramona Shelburne’s report, the 76ers have been more conservative with their big-man’s health.

Conventional wisdom screams the 76ers stellar start to the season is unsustainable, but as of now, in regards to Philadelphia, all I’m left with is an 8-4 record. Strange things happen early in a season.

As Jim Morrison of The Doors once sang, “Take it as it comes.”

Kyle Lowry and the Heat are One and the Same