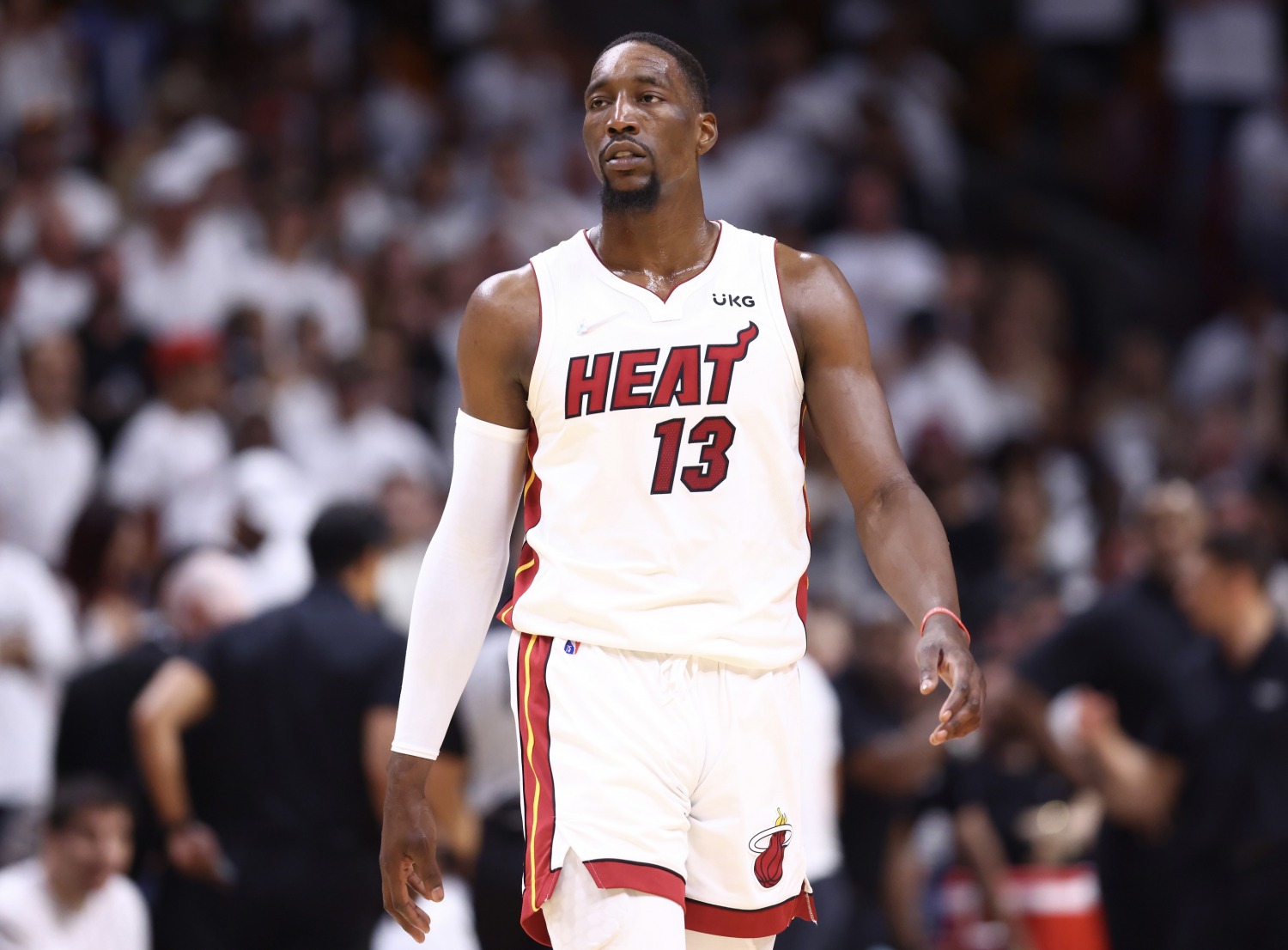 The Heat’s pulse-dropping win over the burning Suns boosted its record to 7-7, and for the first time this season, the group is at .500.

As the road team retreated to the locker room, the home crowd gave their squad a feverish standing ovation.  Although, with fewer than eight minutes left, the game was trending toward the opposite outcome.

Miami was ahead by a point at the half (58-57) and didn’t see the lead again until the last two minutes.  The Heatles suffered another notorious turd quarter and were outscored by eight.  The slippage hit its climax in the fourth as Phoenix ascended to a 13-point lead.

The hosting unit had shot 1/8, four minutes into the final period, only scoring five points, while Phoenix buried a quick 11.  Next, Jimmy Butler was inserted for Gabe Vincent, and, alive, they cried.

On their next possession, Kyle Lowry stood on the left wing, guarded tightly by Devin Booker.  As soon as his defender’s left foot moved a step back, #7 had his opening.  Lowry then put the ball on the floor and darted to the middle, but his man didn’t give up on the play. Booker managed to seal off the lane after a couple of steps into it, but Kyle hit a seven-foot floater over the defense.

The Suns came back the other way seeing the Heat’s 2-3 zone.  Booker passed to Bismack Biyombo, posting Butler in the lane. Biyombo couldn’t get more than a dribble off before JB’s left tentacle reached around, poking the rock free for Bam Adebayo to recover and take off on the break.

As Adebayo raced downhill, Booker backpedaled with him and reached for a strip at the ring wing. Bam casually spun past him for an acrobatic layup outside the restricted area while taking contact from Torrey Craig.

Max Strus scored the next bucket for Miami. He breezed past Booker at the top of the key and beat Deandre Ayton, in drop coverage, to the cup for the finger roll.

On the following possession, Caleb Martin batted away Ayton’s pass to the corner, over to Butler. The 3-2 fastbreak started with Jimmy dribbling up the middle, with Kyle dashing to his left and Bam gliding to his right. Booker and Mikal Bridges were the only Suns tracking the play and managed to seal off the restricted area from a cutting Adebayo, but he just took a foul and hit a runner over the defense.  The Suns called a timeout, but their lead was cut to three following Bam’s made free throw.

With fewer than five minutes left, Bridges lost the ball in the paint, and Adebayo took off the break.  He ran and give-and-go with Strus cutting right and was fed back in the lane for the slam.

Butler scored the next pair of points at the line.  He earned the trip to the charity stripe by taking a smack from the helping Ayton on the arm.

Then Martin got involved in the action by hitting a triple in the right corner as he faded to the left. Craig’s contest was weak because he bit on the pump fake and had to reenter the shooting space.

On their next turn with the ball, Lowry was in the right corner when he noticed his man, Booker, was overcommitted, guarding the post with his back toward the shooter.  Lowry shifted to the wing and fired away for three.  Booker’s contest was a second too late, and now Miami had its first lead since the opening minute of the second half.

Phoenix refused to go away quietly.  On their next possession, Booker came out from the middle, curling to the right-wing Butler on his tail.  Ayton set a weak pick, and Butler went over it, getting a handoff in Booker’s grill as he launched away.  It was a solid contest but against a greater offense.  The Suns were back up by one (110-109).

The shootout continued with Lowry cutting left as Adebayo split his screen and rolled to his right.  Miami’s QB caught the help of Ayton and Craig as he entered the post and attempted a floater that bounced too high off the glass.  Adebayo kept rolling and soared through the air for the putback lay-in.

The pendulum swung again towards the home team, but for a mere 12 seconds until Cameron Payne and Ayton ran PNR to switch Martin off the ball.  Adebayo stayed with his matchup, but Phoenix’s big-man had shed Caleb, and Payne took an open path to the paint and hit a floater over Butler.

The crowd was delirious. Coach Spo then called a timeout and relayed his instruction.

The Heat inbounded with a full shot clock from the sideline and went to work with some Lowry-Adebayo PNR.  Bam caught the pass on the roll behind the line, attempted a runner, and was fouled by Ayton.  He buried his freebies, giving Miami a 113-112 lead that it wouldn’t concede.

Guarding the next play, Miami was fortunate Payne bricked his uncontested driving layup through the middle.  Yet, Ayton recovered the miss and passed outside to reset.  Ten seconds were left.  Butler guarded Booker at the top of the key and forced him to drive right.  Booker pulled up at the elbow, got rejected by #22, and picked up his miss. Frantically, he got off the next shot he could, fading on the right wing with Butler perfectly contesting.

The ball hit the side of the iron as the final buzzer rang.  The Heat survived and extended the club’s winning streak to three games—Miami’s longest stretch of decent play for the season.

When Butler checked in with 7:44 left in the game, ESPN Analytics’ chart said Phoenix had a 97.9% probability of winning.   His influence on the rest of the squad activated them as if Frankenstein’s Monster had come to life on the operating table.

Adebayo dropped 14 points, making 80% of his field goals in all 12 minutes of the fourth.  Lowry and Strus were the next leading scorers for Miami in the period, with five apiece.

Off to Toronto, the Heatles go for the third matchup of the season with the Raptors on Wednesday.

Five Takeaways from Panthers win over Capitals
Scroll to top