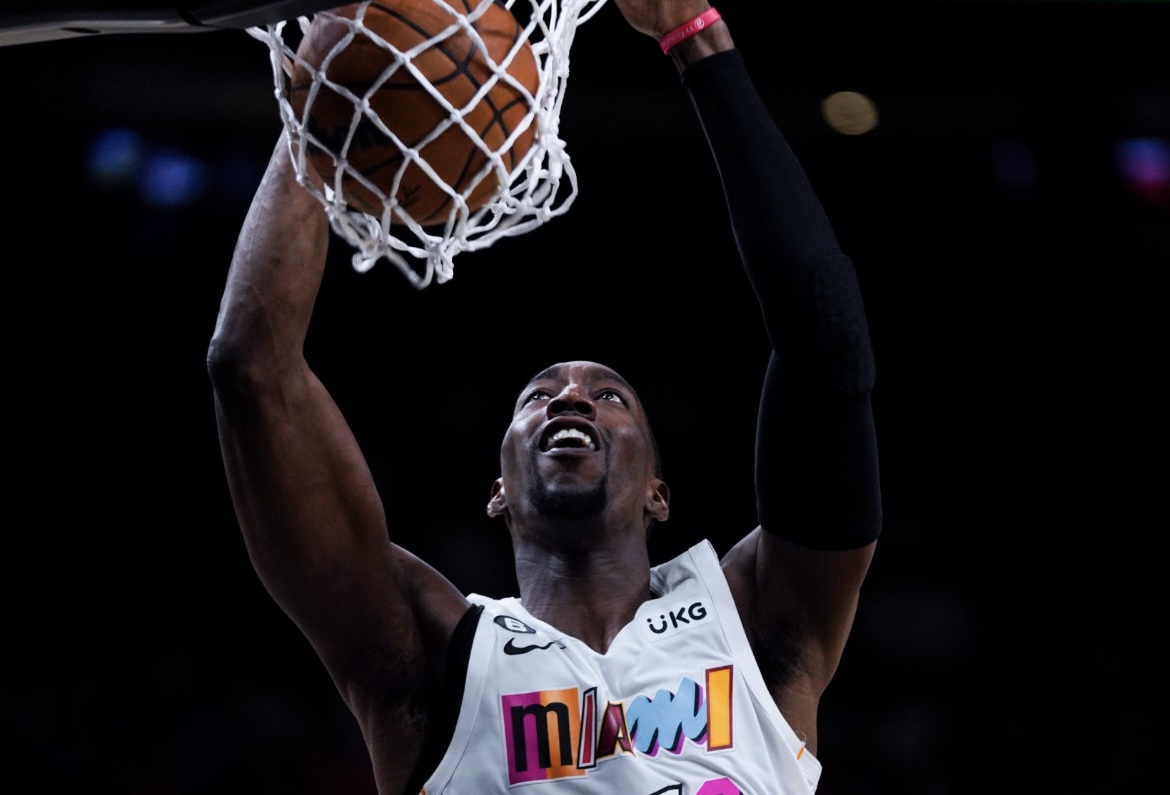 True to form, the Heatles found themselves in their 22nd game, decided by five points or fewer. Despite any shortcomings this outfit has had this season, supporters, the press and team personnel are almost always guaranteed to be biting nails or sitting at the edge of their seats witnessing a dub or tumble.

On Tuesday, for TNT’s primetime matchup of Celtics @ Heat, both squads were undermanned in this fourth encounter of the year. Boston won the first two on Oct. 21 in Miami and Nov. 30 at home. On Dec. 2, the Heat won in overtime on the road.

The first quarter moved along at a snail’s pace because of 16 fouls committed by both teams and 21 free throws taken. Almost five minutes into the game, Boston had the luxury of the bonus. Then, on one possession, the Celtics committed four penalties in 28 seconds. Not even disgraced house rep of New York’s third district George Santos perpetrated that many and so quickly.

Through 12 minutes, Max Strus’ sharp shooting carried his group offensively. He splashed a catch-and-release triple on each wing, then dribbled once after pump-faking Grant Williams out of bounds for a trifecta in the corner. Attacking the drop, he turned the corner of Bam Adebayo’s screen and got into the lane for a nine-foot jumper in front of Robert Williams, protecting the rim.

As the half continued, Bam Adebayo scored his first basket following his spike against Derrick White’s floater that sparked the fast break. Catching a feed from Gabe Vincent in the restricted area, #13 only had the 6-foot-1 Payton Pritchard in front. He converted an easy hook shot.

Aside from Strus’ early contributions and Adebayo’s second-quarter scoring, no one else was reliable. The Heat’s guards missed all 11 3-point attempts in the period. From the field, the hosts logged 32.7% efficiency and 33.3% from behind the arc while down eight points and getting gashed on an 11-0 run by Boston to close the quarter.

On the other side, in that stretch, Jayson Tatum mercilessly got into the lane, driving by and shooting over Tyler Herro for three baskets. At the top of the key, when Adebayo switched on to him, JT stopped on a dime for a step-back 3-pointer.

In the third quarter, Adebayo recorded five of his 12 field goals. He slashed into the paint for a driving hook, plus a layup, dunked once and hit a pair of pick-and-pop jumpers at the nail.

Victor Oladipo was the only other Heatle to make multiple buckets in this span. Picking up a miss from Tatum, Vic sped off on the break and hit a floater over Pritchard. Off a miss from Oladipo from deep, Lowry picked up the long rebound and hit him again for a shot from the corner. For the next one, Lowry turned past Vic’s screen on Tatum to attack Luke Kornet in drop coverage. The pick forced JT’s switch on Lowry, who found his man open on the left wing for a triple.

At the start of the fourth, the Heat was down nine, but it saved its best for last. Miami’s aggressive 2-3 zone held Boston to 13 points on 23.8% shooting by primarily making them operate from the outside.

Haywood Highsmith was the Heat’s difference maker off the bench. Coach Erik Spoelstra rolled with him, playing him all 12 minutes of the fourth. Caleb Martin was a nonfactor, having picked up five fouls in 11 minutes through three quarters.

When Adebayo dashed into the middle of the paint, he was met by three defenders. Highsmith intelligently saw the breakdown on the baseline, cut and finished under the hoop. Then, he hit a shot in each corner. On the first, he got open after the dribble handoff to Tyler Herro that Boston blitzed on. On his last, the Celtics ran a 1-2-2 zone. With R. Williams at the low post, he had too much ground to cover after Highsmith caught it 24 feet away from the cup.

In the final period, Adebayo logged nine points and eight rebounds. With the score tied at 95 with 23 seconds left, Adebayo caught the ball at the nail, faced up Pritchard, then raised for a jumper over him, plus G. Williams coming in as the help side shot blocker.

With Miami up two, Boston’s coach Joe Mazzulla didn’t call a timeout. Next, Tatum wasted 14 seconds before making up his mind to pass to the corner, but it was intercepted by Herro. The visitors immediately fouled with .9 seconds left. They committed another on Highsmith with .2 left. He made one out of two. Boston managed to get a shot off after its timeout, but it air-balled.

After the game, when Spo was asked about Bam potentially playing in the All-Star Game, he said, “Certainly, I am rooting for it. I thought he should have been an All-Star last year…”

On the team’s performance, Spo praised their coherency and confidence in understanding how Boston would attack late in the game.

The Bam Adebayo disrespect only helps Miami
Scroll to top