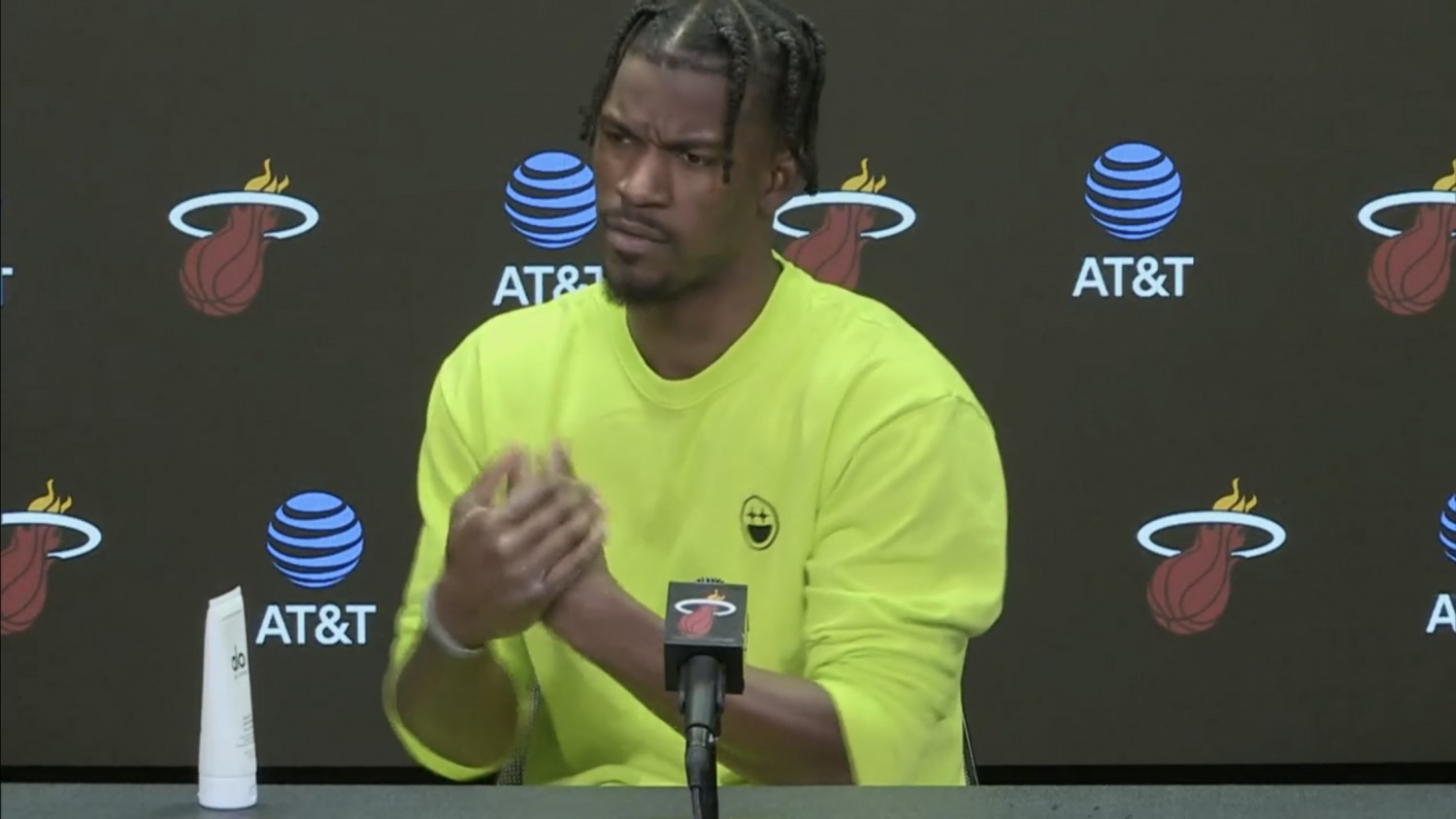 On Tuesday, the Heat survived being undermanned and a meltdown of one of their own. Without Bam Adebayo, Tyler Herro and Caleb Martin, Miami beat the Oklahoma City Thunder by a point in a match that had 10 lead changes, six ties, as well as personal and team records set.

To dictate evening affairs within the first few minutes, Miami had pierced the lane for 10 of its first 13 points. The only outside shot was a Max Strus triple, created by Jimmy Butler absorbing the defense on a post-up and having the ball swing outside until it reached mad Max in the corner.

The hosts sliced up the point-of-attack defense, found a weak spot in the post, plus logged two points off a recovery. On the second score for Miami, Orlando Robinson caught the ball a few feet from the basket following OKC’s blitz on Gabe Vincent. Swarmed by Josh Giddey and Shai Gilgeous-Alexander, Miami’s backup big man canned a four-foot hook shot.

Then, Strus took Jalen Williams off the dribble on the left wing for a lane floater in between SGA along with his initial defender.

The Heat bricked back-to-back triples in the same possession, but Haywood Highsmith, camping on the right baseline, recouped a second miss and went back up for a layup, using his left shoulder as a shield.

Pick and roll with Butler and Robinson sucked in the OKC’s 2-3 zone. Next, Butler passed to Vincent on the right wing. The opening in front allowed him into probe the lane for a shot at the cup.

As Giddey punctured the paint in transition, Robinson intercepted his pass to Eugene Omoruyi, sparking a boat race for Butler in the open court. In the interior, he muscled past SGA for a one-foot layup. Timeout OKC.

The Heat had defensive lapses in the first half, but stunningly, the Thunder recorded 56 points for the period. Max Strus fouled a 3-point shooter. Miami’s 2-3 zone was dissected allowing multiple backdoor cuts, which led to a spat between coach and pupil.

As Dewayne Dedmon was subbed out for Robinson a few minutes into the second quarter, Heat assistant coach Caron Butler scolded him for his ghastly zone coverage after giving up the baseline multiple times. Then D-Mac lost his cool. He whined at coach Spo before getting told to bounce to the locker room. On his way to the dressers, he smacked a surface that catapulted a massage gun onto the floor, stopping regulation. The refs then formally ejected him.

Dedmon’s insolence could have caused a young team or a damaged outfit to nosedive in the game after his theatrics. Fortunately for the Heat, even without combustible firepower or with their backup big’s volatile sideline crisis, they had enough against a rebuilding squad.

Yet, Miami’s ace through four quarters was Butler. He converted all 14 free throws in the first half and would finish the game a flawless 23 out of 23 from the charity stripe. His production tied Dwyane Wade’s record for most free throws made by a Heat player in a game set on Feb.1, 2007. This kind of action was like watching Derrick Henry of the Tennessee Titans disembowel a defensive line.

Butler’s dominion of the stripe assisted the Heat defensively because it took away fastbreak opportunities that the Thunder usually thrive in. OKC is third in the NBA in pace (102.35). On Tuesday, Miami slowed them down to nearly two points below their average (1.85) and shockingly scored more in the open court than the visitors (14-13).

The second half was ugly. Miami made only 33.3% of its field goals and 29.4% of its triples and was outrebounded 27-19. No one aside from Butler recorded more than three baskets (4) in the last 24 minutes.

In the fourth quarter, Strus, Vincent and Victor Oladipo played every minute. While down 96-91 with eight minutes left, OKC committed a clear path foul against Vic, giving him two freebies with Miami keeping possession. Oladipo buried both; then he hoisted up a 3-pointer from the left wing that missed. Strus back-tapped an offensive rebound to Vincent at the top of the key. Gabe took one dribble forward, splashed the triple, and one more at the line after a foul by Tre Mann to complete a six-point swing.

With 53.1 seconds left, the Heatles were down five points. An Oladipo transition triple on the left wing, two missed freebies by OKC’s Kenrich Williams, and Butler’s bucket plus his 23rd free throw, dug Miami out of its grave. That last point to put Miami over at 112-111 was Miami’s 40th attempted and made free throw of the night, setting a new NBA record.

After the game, Spo said he and his staff were enjoying being 1-0 in the second half of the season and that going to the presser was a buzzkill. On what occurred, he said, “To be able to get 23 free throws reminds me of another guy.”

Butler, as usual, was more excited about the dub than records. “I’m proud of my guys, and I hope my other guys get healthy so we can get back out there and compete as well.”