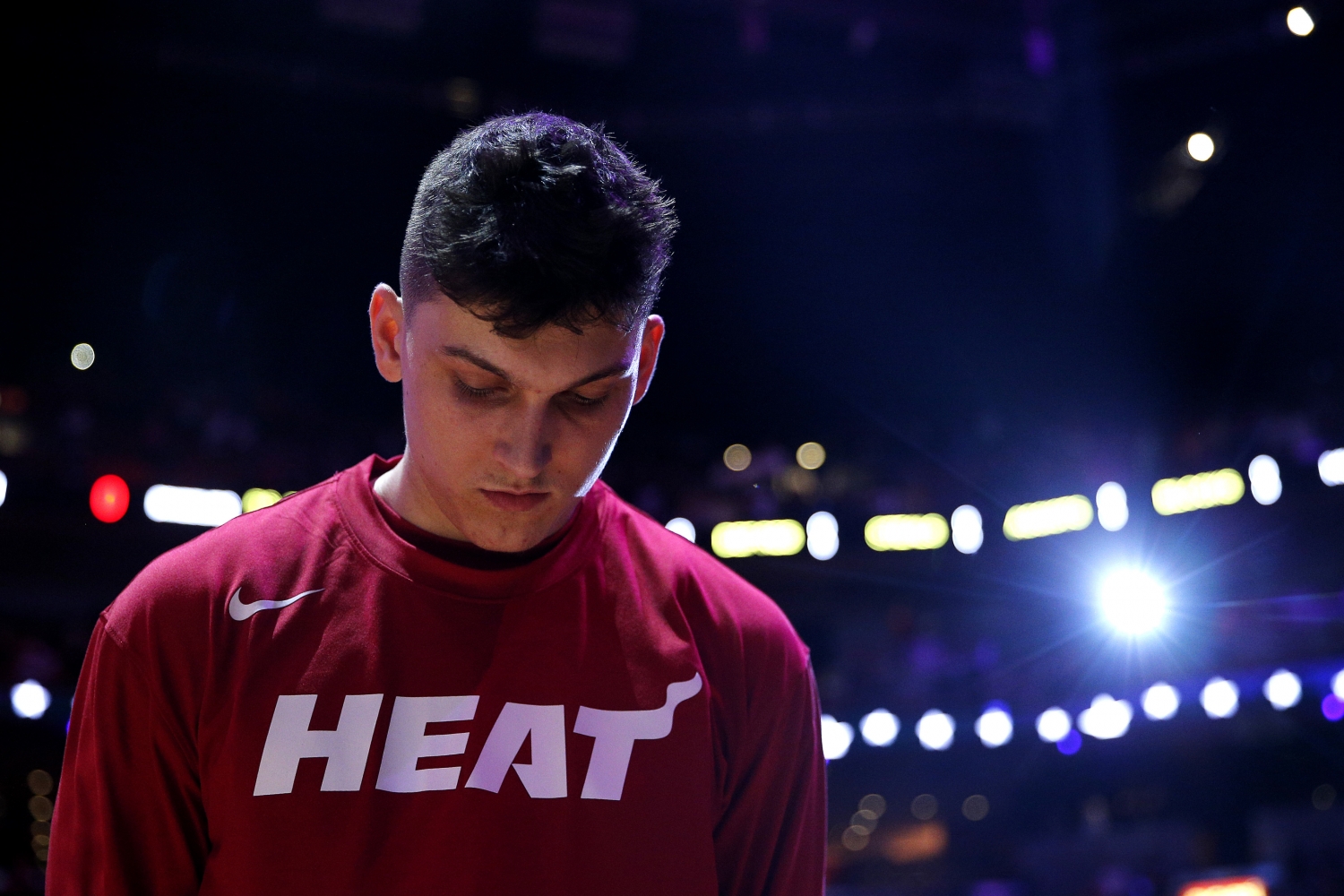 Quietly, the Miami Heat have turned into road warriors. They’ve won eight out of their last eleven games away from FTX Arena, stretching back to Nov. 27.  One of the victories was against the San Antonio Spurs on neutral territory in Mexico City.

On Monday evening, Bam Adebayo, Tyler Herro and Victor Oladipo continued stunting on tour and were Miami’s key players in consecutive road wins.  Two nights before in Utah without Jimmy Butler, Miami found itself in a second-half shootout.

The defense against the Jazz wasn’t sharp, giving up 123 points, but it wasn’t an abomination either.  The Heatles locked down the interior, only allowing 32 points, but where they suffered was containing snipers behind the 3-point line.  It’s too much to give up, yet, it can be excused that time only because Butler was out and due to all of the encouraging signs seen on offense.

Adebayo was a pick-and-roll merchant, finishing off passes from Gabe Vincent, Max Strus and Herro.  On one sequence, after the pick, Adebayo caught a Herro pass at the elbow and spun into the lane for a fall-away jumper over Kelly Olynyk. He also hit four mid-range shots, one at the left elbow and three from both mid posts.

Oladipo logged 23 points on 45% efficiency with three steals, five assists, five rebounds and a block.  He scored from three areas, hitting two inside the paint, one from mid-range, plus four triples.  When Vic isolated Lauri Markkanen at the top of the key, he drove right, dusting his mismatch and nailed a layup off the glass over Walker Kessler’s help side contest.

Oladipo’s last close-range finish came with over six minutes left, with Miami down 107-104.  Again at the key, Oladipo went one-on-one, this time with Olynyk.  He drove right and hit the launching pad outside of the restricted area and challenged the active shot blocker, Kessler, for a ruthless jam with contact.

Herro was cold from the outside.  Before the final play, he converted two out of nine shots beyond the arc but was an immaculate five of five in the interior.  Throughout four quarters, he wrapped around front-court screens for quick entry into the lane for floaters and pull-up jumpers while also punching one fastbreak dunk.

Strangely, it’s not a preferred strategy of coach Erik Spoelstra to have his team foul the other club when Miami is up three points, and the other team has the final possession.  This put the Heat in a position to potentially get hosed.  Miami’s Haywood Highsmith was called for a phantom foul on Lauri Markkanen’s triple to tie.  At the charity line, the Finnish assassin buried three.  Tie game.

On the last play of the night, the ball was inbounded to Herro with six seconds left.  Jordan Clarkson attempted full-court press, but a stun dribble by #13 froze him, getting his defender running at his right hip as he dribbled with his left.  Herro then took off one leg behind the arc, in between two defenders and another in front, for a triple that cashed as the horn sounded.

On Monday night, Butler was back in the lineup for the game versus the Clippers.  Fortunately for the visitors, Kawhi Leonard missed his 23rd night of the season, giving the Heat a chance to throw more schemes at Paul George.  Miami ended the evening, limiting George to seven out of 16 shooting from the floor.  PG’s defensive field goal percentage against the five Heat players he switched onto was 60% on 10 tries.

The Clippers could barely score in the box.  The Heat’s 2-3 zone was masterful in dissuading close-range looks, only allowing 26 attempts in the interior for 28 points.

Miami was also solid attacking the glass, out-rebounding LAC by 14 when only having four fewer turnovers.

Butler had an off-game.  He was getting to the line but not making freebies at his usual rate while finding open teammates.  Once again, Bam, Tyler and Vic took over with serious contributions from Strus.

Adebayo broke 30 points(31) for the fifth time this season and had at least 30 in back-to-back games for the second time in his career.  The first occasion was this campaign in wins over

With just over eight minutes left, Strus curled into the lane with the help of Adebayo’s screen.  He missed under the rim, but Bam trailed the play and put back a thunderous slam.

Once more, he was a threat in pick and roll/pop with Herro.  Even against multiple solid contests from Ivica Zubac at the nail, Bam pulled up off the catch for two points each time.

Herro was explosive from deep, logging five out of nine made triples, all in between the wings. Off a handoff from Adebayo, Herro splashed a 3-pointer over the four tentacles of John Wall and Zubac.

Three of Herro’s long-range missiles came off dribble pull-ups, one of them scored in transition in front of Reggie Jackson, who was dropped too low by the free-throw line.

While the Heat was up seven points with fewer than two minutes left, Herro crossed PG and got to the mid-post for a shot over the four limbs of Jackson and George to put Miami up nine.

Oladipo has looked like the former Black Panther in his latest pair of games.  Against the Clippers, he recorded 15 points on six out of 11 shots and held his eight matchups to 38% shooting from the field.

Vic and Tyler were the only Heatles to play every fourth-quarter minute.  At the right wing, Oladipo broke down Luke Kennard and dribbled over to the nail for a one-legged step-back jumper.  Later in the period, he targeted Kennard again and found the switch when Strus curled to the key and split the screen.  Oladipo then dashed toward the restricted area for a soft kiss off the glass.

With Monday’s win over the Clippers, Butler (21.3) has now fallen behind Adebayo (21.5) and Herro (21.5) in scoring average for the team, per NBA Stats.  #13 and #14 continue to climb the mountain of NBA development, and lately, it’s paid dividends for an outfit that has had its best player in and out of the lineup.

The Heat’s record is now two games above .500 for the first time this season (20-18).  Perhaps they are turning the page on a poor start.