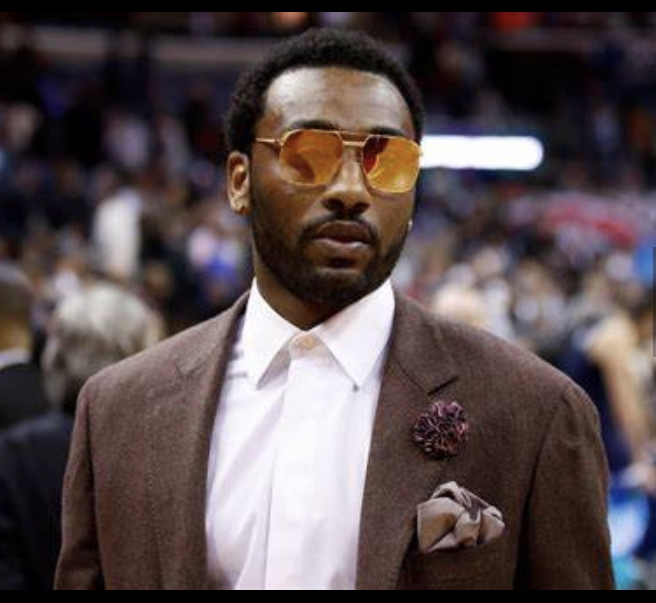 No one, at this moment, has a better NBA gig than John Wall of the Houston Rockets.  His job is so sweet the team doesn’t need him to break a sweat.  They’d prefer he mentor a group with an abysmal record when Wall himself knows little of winning at the pro level.

Wall owes a debt of gratitude to James Harden, who left Houston in January, pouting and shouting, for the Brooklyn Nets.  NBA Insider Peter Vecsey explained to me last week that Harden signed off on Wall as Russell Westbrook’s replacement, but he foully elected not even to give it a chance.

Next in line for some props is the operator Rich Paul, superagent of Wall and leader of Klutch Sports. The way I see it, Paul is walking all over Tilman Fertitta, the majority owner of the club.  The plan, reported back in September, was for Wall not to play as the team worked on a trade.  Even then, it was a confusing idea, given Wall only participated in 56% of last season.  Surely, suitors contemplating taking on such an extraordinary contract would probably want to see more.

Thursday, ESPN reported Wall is unlikely to compete in 2022 as no other team is interested in his services at $44 million.  A buyout shouldn’t be expected either.  With that latest development, there’s no reason why he shouldn’t be earning his money instead of benefitting from a no-show job.

Wall was good enough in 2021 to put up over 20 points per game after not playing for nearly two years, recovering from injuries. Almost a month into their campaign, the Rockets have one win, 13 losses and are on a 12-game losing streak.   It’s ludicrous to assume that Wall, who has received 5 All-Star nods in the past and still has game, can’t help this team.

The Rockets are at the beginning of a rebuilding project, and to their credit, Houston has nice prospects to build around.  Yet, the higher-ups are not helping this group as they should.  The average age of H-Town’s starting lineup is 24 years old.  It’s hard to win with young players in a man’s league when few veterans have a spot in the rotation.

If this soft tank job keeps up, the Rockets will match their 20-game losing streak of last season by Dec. 3.  Only 13 teams in NBA history have dropped 20 in a row, per The Athletic.  Houston might do it twice in two seasons, all for favorable positioning in the lottery.

Perpetual losing is a tone-setter that poisons the minds of all those involved.  What kind of example is it for the young players on the Rockets when someone perfectly healthy doesn’t want to help them win?

Coach Stephen Silas paid his dues nearly 19 years as an assistant and scout to have an opportunity as he has now.  It isn’t fair to him that the organization and Paul have determined which players he can use.

Wall committed to an extension as a member of the Washington Wizards in July 2017.  He didn’t sign up to play for the Rockets, but he should kick rocks.  Getting traded to where you don’t want to go is a part of the business.  This reluctance to play highlights his entitled behavior that will probably scare off those he is looking to woo from afar.

There’s no honor in tanking.  All the Rockets’ top brass are doing is putting peoples jobs in jeopardy.

With Butch Davis departing, is it time for FIU to drop football?