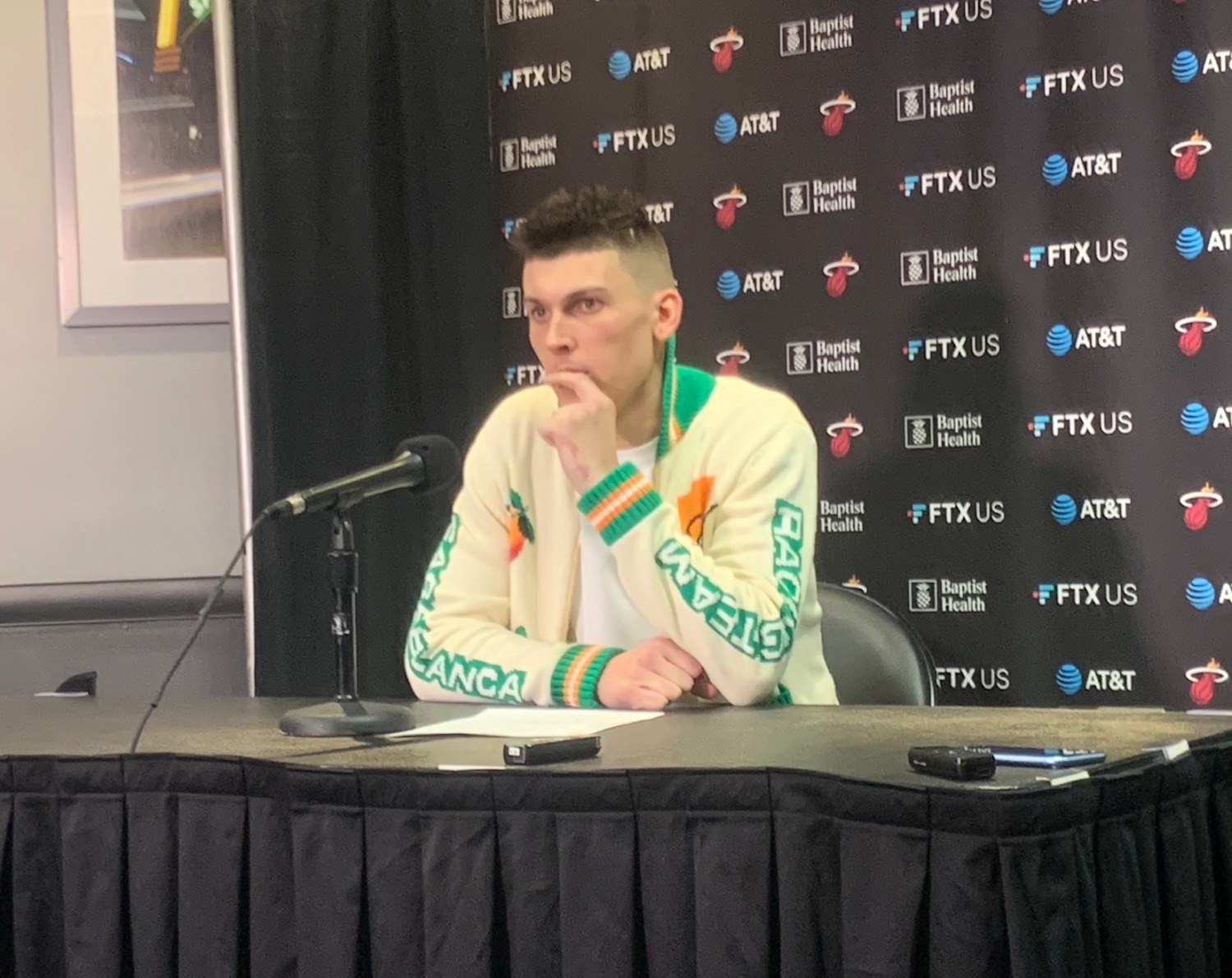 More often than not players drafted in the late lottery don’t amount to as much as their top 10 counterparts. Over the past decade; there have been numerous examples to the contrary with guys like Devin Booker, Giannis Antetonkounmpo, Kawhi Leonard, and Bam Adebayo. They do get the benefit of less pressure to be great right away. The public will consider their development to take quite a bit longer than a player selected in the top 5. And most of this was true for the guys listed above. However, Tyler Herro wasn’t gifted that same leeway after 2 seasons.

Herro made a big splash in his first season that not many expected. Heat fans marveled at the timely shots he’d hit for a team that was spearheaded by the addition of Jimmy Butler. You saw why the Heat saw in him took him over guys like Grant Williams, Romeo Langford, and Sekou Doumbouya.

Then came the hiatus of the season due to the COVID-19 pandemic. Herro took the sudden offseason as an opportunity to add his growing platter of hoop appetizers. Heat fans witnessed as he showed new tricks in his bag. Tricks that included better finishing, simple reads in the pick-and-roll, and crafty moves around the painted area. The organization could not have asked for more but he kept delivering with a solid playoff run. 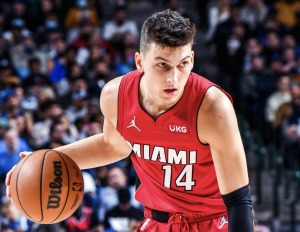 Despite the way the media has covered the Heat since the FInals run, it was not something atypical for Herro. His playoff numbers were very similar to his regular season and lined up with those of his follow-up season. His 37 point performance vs the Celtics has clouded the view of NBA fans to the point of blind arrogance.

The Finals run caused everyone to expect even more the following season. The weight of expectations was unfair to someone who had already shown tons of improvement in between the hiatus, which was as long as an entire offseason. The crazy part is that he still improved his raw numbers despite a very obvious down year for him. He went through lingering injuries, no offseason, and trade rumors swirling throughout the year. The organization stuck with him and knew the reps he was getting would pay off in the future.

What we’re witnessing in the 2021-22 season is the reward for that patience. A player that fans were so quick to give up just 8 months ago. But even for someone like me who was buying the Herro stock everyone was selling, what I’m seeing is shocking even me. The way the game has slowed down for Tyler and the improvements to an already beautiful jumper is second to none. The freedom and joy he’s playing with are fueling a Miami bench to being one of the best in the league.

The most noticeable improvement I’ve seen to his scoring game is how deliberate he is at getting to his spots on the floor. Herro’s body language is saying “I’m getting to the elbow off this high pick and roll and you’re giving me an open 3 or I’m dribbling at my pace and getting to the mid-range.” He rarely looks rushed or out of control, always playing at his pace.

He’s still getting better with his finishing and learning the intricacies of the floater he added early in his career. Herro has already mastered using the backboard for tough finishes against bigger defenders. Finishing through contact is still not his strong suit but you see the promise there.

There’s more you can point at from Herro this season but really the shotmaking has plainly been nearly elite-level. He’s getting to the level where it doesn’t matter how good the defense; that shots going in. There’s been countless of times his shots leave your mouth agape as if you were The Scream painting. Herro may not have the wingspan but his size for a 2-guard will allow him to get off shots on plenty of defenders. This is why the added height on his jumper has been so crucial for his jumper.

There are so many spots where he can get even better. He’s still learning how to use the leverage of defenses playing him so high and making faster reads on doubles and hard hedges. Herro’s already shown flashes of growth in these segments. It’s a matter of when not if he’ll smooth them out. The biggest thing that’ll truly get him into the consistent All-Star caliber player will be when he masters the art of the free-throw line.

The newly added strength has helped Tyler not get pushed off his spots so much. He has also shown more willingness and ability to fight through contact at the rim. The last step is to consistently get to the line for free points, especially as an 80+ percent shooter. He’s currently at only 2.7 FTA a game. If he were to jump that to even just around 4 FTA, it would be huge for him.

Those little things are truly the last few steps to him becoming THAT guy. As someone who’s been high on Herro, even I find it hard to believe how far he’s come. At 22-4-5 on 46/39/86 splits in his third season, the best has yet to come. The Devin Booker/CJ McCollum/Zach Lavine comparisons have been there but I’m done trying to compare him like that. We should enjoy watching Tyler grow into another late lottery gem uncovered by the Heat.

A player who’s gotten better every season so far isn’t stopping now. He’s setting records for Heat bench players left and right while being amongst the league leaders in 4th quarter scoring. No one expected what we’re witnessing to happen when he was drafted 13th in 2019. Think about what he’ll look like next season and the season after that. Heat fans should feel blessed that they were able to draft someone of his caliber so late in the lottery.

Tyler will start in the not so far off future and it might unlock even more of his game. But for now, he’s their weapon of mid-range destruction off the bench. After all, patience is how we got to this point. There will be bumps along the way, shooting slumps, and random hiccups. Don’t let any of those things deter your confidence in the young shooting guard; he certainly won’t. Everyone can start thinking about the next leap, but take some time to enjoy the current one.