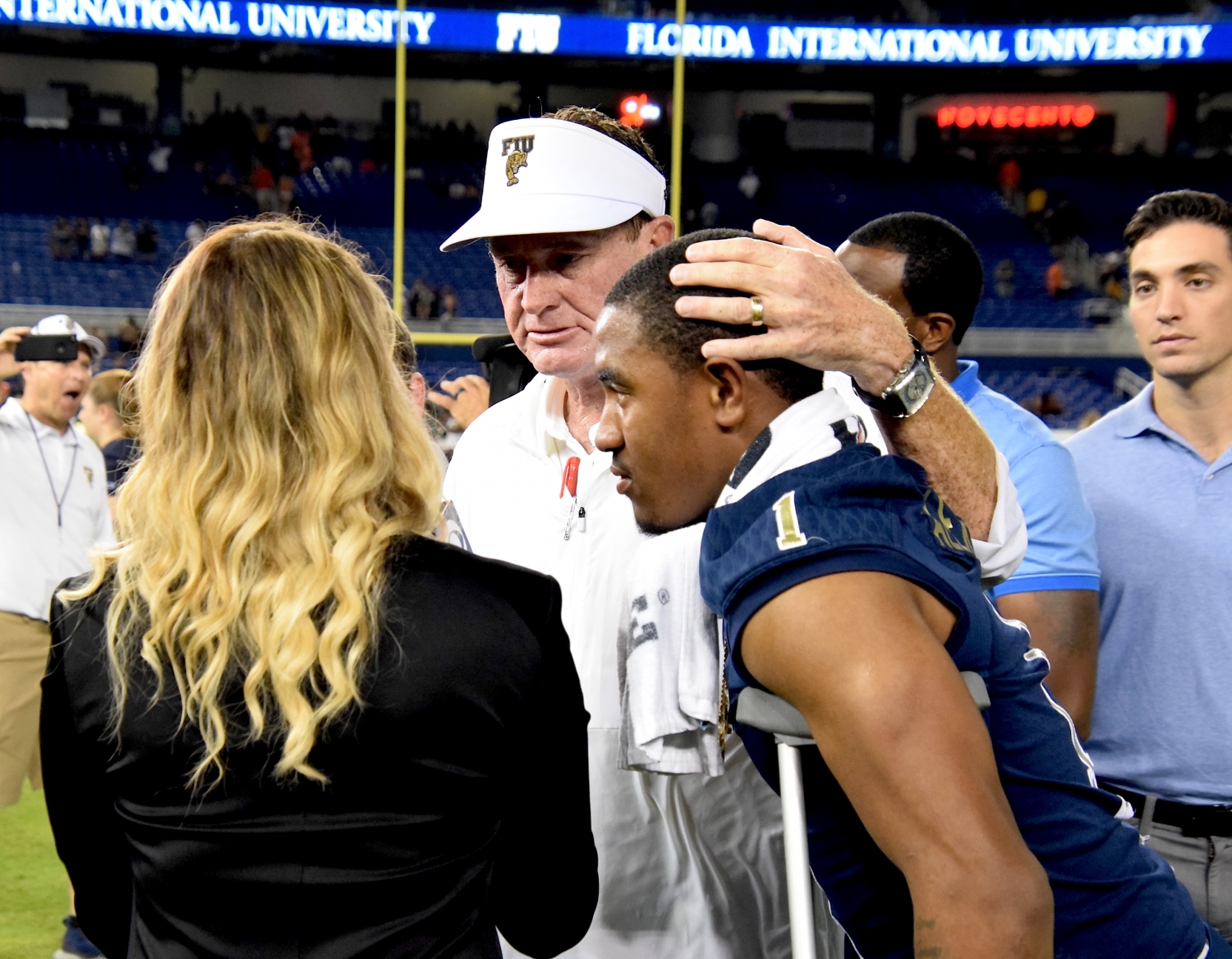 It’s one thing for a football coach to move on from a program that has fallen off with little sign of turning around.

It’s another thing to learn the extent of how much of a failing program it really is.

Butch Davis told Brett McMurphy of The Action Network that he will be out as FIU coach once his contract expires on Dec. 15. He also went scorched earth on just how little support the school gave the program throughout his tenure, even to the point of “sabotage.”

The shoulder pads and uniforms were a decade old. The coaching staff was not allowed to go on the road recruiting the past two years because of financial reasons and the COVID-19 pandemic. The school even posted the coaching job opening online five games into the season.

“This year has been a nightmare,” Davis told The Action Network. “You can imagine the players’ reaction when a head coach’s job was posted online. The administration has been sabotaging the program. Their decision to post the job has resulted in a major negative impact on the football program and our ability to recruit and retain players.”

Davis is as good as it gets for FIU, a school forever in the shadow of the University of Miami. When he arrived in 2017 to replace Ron Turner, the Panthers immediately started winning. FIU went to three straight bowl games for the first time in school history and even defeated the Hurricanes at the site of the old Orange Bowl in 2019.

The only other coach to succeed in FIU’s 20-year history is Mario Cristobal, who oversaw the Panthers’ only conference championship in 2010. With Davis instantly bringing success to the program but leaving after a disastrous season that saw 21 of 85 scholarship players either suffer season-ending injuries or leave the team for various reasons, is there a reason for the program to keep going any further?

This is nothing like Sports Illustrated suggesting the Miami Hurricanes shut down football for moral reasons or other nonsense of that nature. Questioning whether or not FIU football should close up shop is about a lack of resources, a lack of progress and quite possibly a lack of conference.

“The issues that we have, there’s no fix for,” Davis said during his postgame press conference following the Old Dominion loss in Nov. 6, “we’re playing 15-18 kids who shouldn’t even be suiting up.”

No quite similar to the Idaho situation

The Idaho Vandals joined the FBS in 1996 and then left after the 2017 season. Throughout their 20-year tenure in the highest level of college football, the best the Vandals could do was three bowl games, one for each decade, all of which were played in Boise. The Vandals were at least victorious in each bowl game in high scoring fashion.

The Vandals returned to the FCS to join the rest of their sports in the Big Sky Conference for lower costs and, quite frankly, similar reachable rewards. Idaho would never reach the College Football Playoff, but the FCS Playoffs are attainable with a good team.

Unlike Idaho, FIU doesn’t have a FCS conference to run back to. The Panthers started as an independent in the FCS ranks but only with the intention of transitioning to the FBS.

The Vandals play both their football and basketball games at the uniquely quirky Kibbie Dome, which seats 16,000.

FIU plays in a stadium that currently holds over 20,000 and has only seen two games in which attendance numbers reached that high, both during the 2011 season. The most recent game of high attendance came in 2016, where 18,524 came to see UCF beat FIU 53-14. The only home game Davis coached with a sellout crowd was in 2019 against Miami in LoanDepot Park, and it was mostly Miami fans. 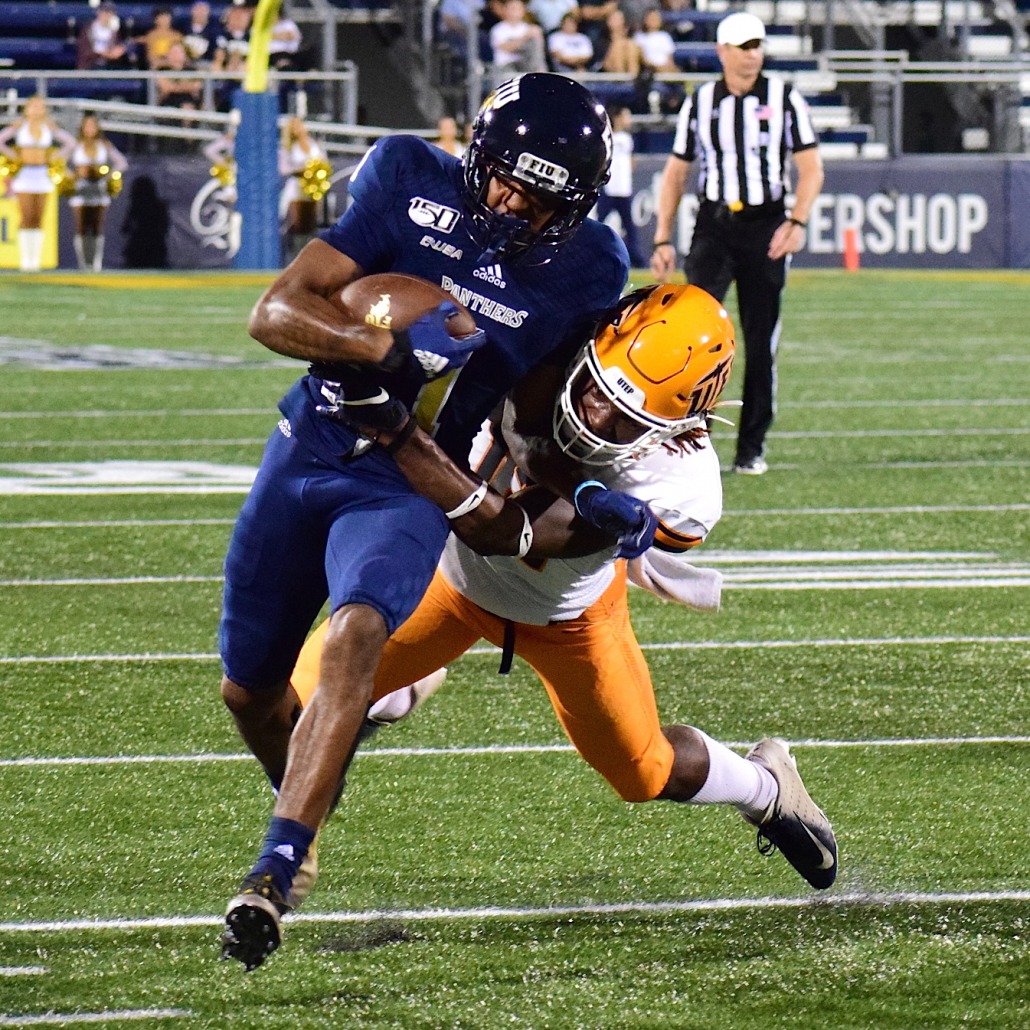 When Idaho was in the FBS, two of three conferences the Vandals once called home dropped football. The Big West Conference discontinued football following the 2000 season and the WAC doing so in 2012 once everyone but Idaho and New Mexico State left the conference.

Conference-USA, FIU’s current conference, is in danger of a similar fate. In the recent realignment period, the C-USA went from 14 members to just five at one point. Nine schools, including FIU’s arch rival Florida Atlantic, have left for either the American Athletic Conference or the Sun Belt Conference.

The C-USA added independents New Mexico State and Liberty, as well as FCS powerhouses Jacksonville State and Sam Houston State to go with FIU, Louisiana Tech, Middle Tennessee, UTEP and Western Kentucky and be over the required number (8) for a conference to remain linked to College Football Playoff money distribution. Even that number isn’t completely stable, as Middle Tennessee and Western Kentucky once flirted with the chance at joining the MAC.

That alignment leaves FIU exclusively traveling west to different time zones to play conference opponents in the midwest and southwest. If the coaching staff had to save money by not recruiting on the road, how much of an expenditure will it be for regularly long travel?

When FIU embarked on its football journey, the Panthers weren’t going at it alone. Howard Schnellenberger started FAU’s program from the ground up in 2001 and coached the Owls until 2011. By that time, the Owls went from playing at a park in Ft. Lauderdale to their own 30k-seat stadium, which opened in Schnellenberger’s final season.

Both FAU and FIU were rivals in the same conference but with the Owls moving up to the AAC and establishing a history of hiring multiple high-profile head coaches and playing in a bigger, bowl worthy stadium for a decade, the rivalry seems played out.

The Owls haven’t lost to the Panthers since 2016, when Bachelorette runner-up Tyler Cameron lined up at tight end. It is becoming abundantly clear that the two programs are no longer equals and FIU lost the arms race. 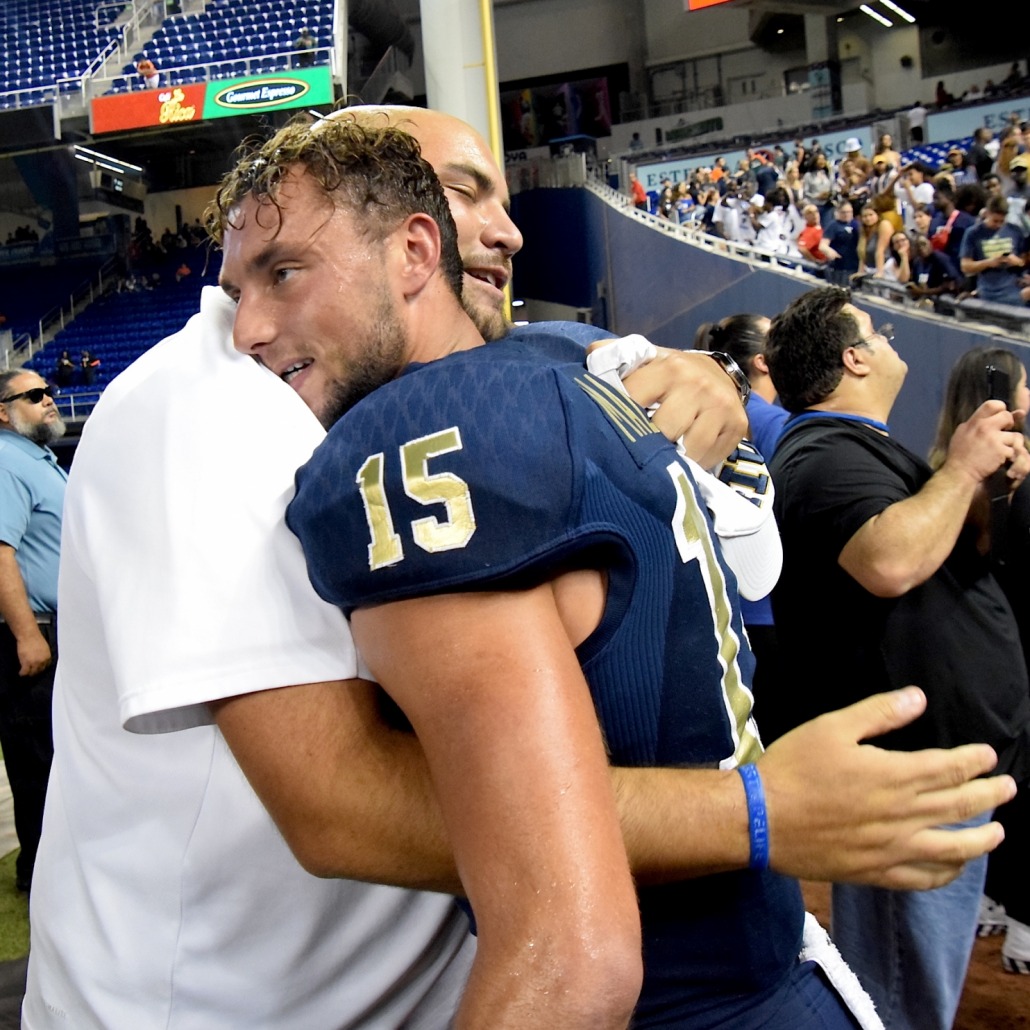 Is the juice worth the squeeze?

FIU beating Miami in 2019 is as good as it gets for the program, which has played in five bowl games only won twice, both against Toledo. The Panthers caught lightning in a bottle but with a new coach coming in with the task of starting from below ground zero, reaching that high again seems unlikely.

It seemed logical to start a football program at the turn of the 21st century in a region filled to the brim with talent. 20 years in, with hand-me-down equipment, mass departures, a new-look conference that resembles an island of misfits and not at all geographically ideal, and lack of support from both attendance and the administration, it may make more sense to cut the program and reward the soccer program with the stadium.