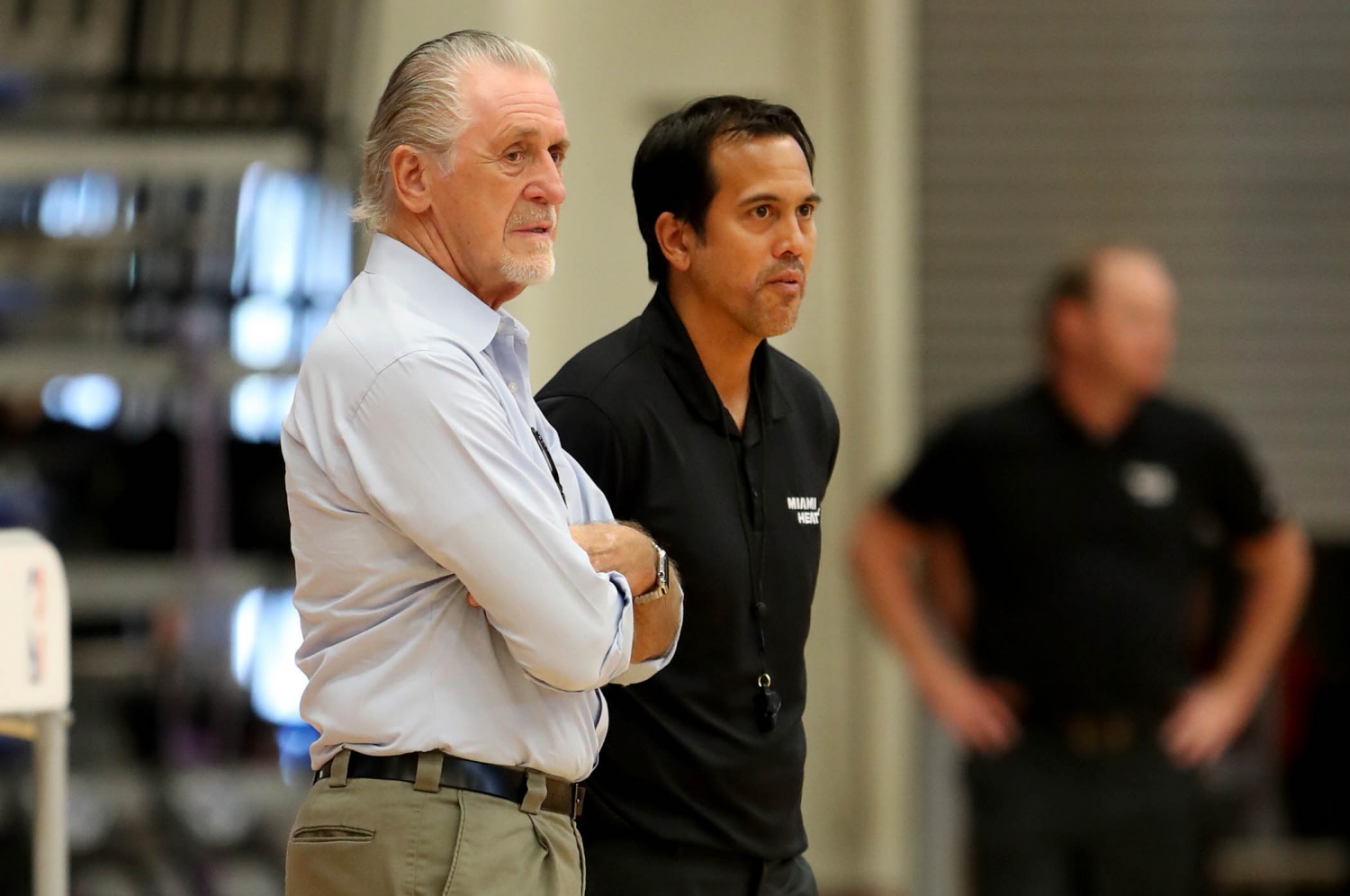 The Miami Heat have turned misfortune into opportunity over their last 14 games.  Since Dec. 1,  the team has been without at least two starters and in some cases three.  With key players catching the injury bug and COVID-19, the Heatles have managed to scrape away an 9-5 record.

It’s tough for any outfit to play well through a long stretch when they are down two All-Stars.  Bam Adebayo tore the ligament in his right thumb at home on Nov. 29 against the Nuggets.  He was given a 4-6 week timetable.  Jimmy Butler hurt his tailbone in a fall at Chicago on Nov. 27 and then reaggravated the same injury five games later against Memphis.  Butler recently returned on Dec. 26 in the win at home over Orlando.

Over the past 14 games, the Heat have deployed one of the deepest rosters in the league.  Before Adebayo and Butler went out, the Heat were first in the NBA in protecting the paint in six games through October and third after 15 outings in November.  In December, Miami is back at first in that category giving up only 38.8 points per game in the box.  During this stretch, Miami has relied heavily on the 2-3 zone which dissuades opponents from attacking the basket, but encourages them to shoot from deep or force the action in the middle.

The team’s liking to the 2-3 coverage is probably a reason they are 20th in the NBA at protecting the 3-point line in December.  It’s a lot of ground to cover for two defenders up top and constant ball and player movement can eventually lead to a breakdown on the perimeter.

Yet, Miami has done a decent job this month guarding its opponent.  In December, Miami is ninth in the league in DFG% (44.3) while holding the 10th best defensive rating.

If not for the key players out of the lineup, it’s unclear how much time Gabe Vincent, Max Strus, Caleb Martin and Omer Yurtseven would have gotten.  But they’ve seized the day as professor John Keating would say.

Vincent has started the last nine matches and had back-to-back career highs at Philadelphia (26 pts) then in Orlando (27pts). Yurtseven turned into the Heat’s rebounding magnet before backup center Dewayne Dedmon sprained his left MCL, and is absorbing 13 boards per contest over his last six games.  Martin in seven matches the entire month is casually dropping 13.6 points a night on over 59% shooting.  And it took health protocols within an hour before tip-off vs. Washington to hold back Strus who was averaging more than 22 points a game the last five outings.

All of this presents a wrinkle for Coach Erik Spoelstra as soon (if) his squad is fully healthy.  Normally, teams win in the postseason with their best eight guys.  When Adebayo, Lowry and Tucker return to the lineup, the minutes of Miami’s fantastic four reserves will presumably get slashed.  But having too many serviceable players is usually an issue only the contenders have.  Some will be unhappy or frustrated, but it doesn’t mean it is the last time they will play.

Some guys will eventually get into foul trouble and get yanked to the bench. Spo might determine a matchup is favorable over someone else.  Or, the odds are high that another Heatle will go through health protocols at some point again.  Miami is lucky it has four of these dudes that can stay ready.

What the Heat have shown is not a mirage.  They have better than a .500 record on the road (10-9) while taking care of home court (12-4).  That is a solid indicator of an exceptional team.