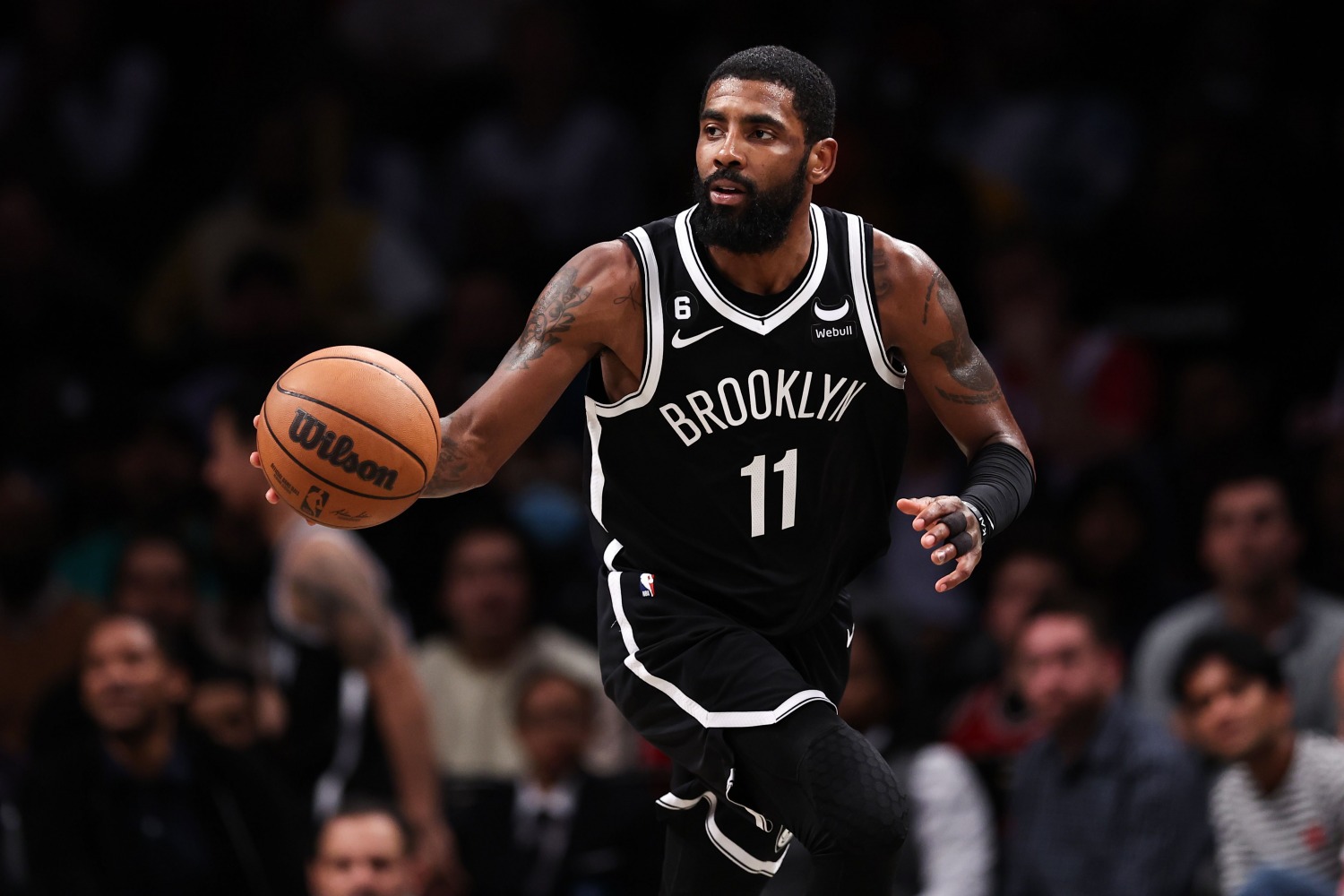 The Nets’ public relations disaster ended with Kyrie Irving and the team pledging to donate half a million dollars each towards causes that work to eliminate hate in the community. I award the team and Irving zero nobility points -irreversible damage has been done.

According to the FBI, the Jewish community is the most targeted religious group in the United States.  Just in 2020, there were 683 recorded hate crimes against them.  What Irving did is serious and would be enough to cost him his job in most places outside of sports.  Promoting those views on his platform makes it unsafe for Jewish people.

The excuse that the idling Nets were waiting for the counsel of the ADL will be accepted by many. Brooklyn should’ve suspended Irving the moment he promoted antisemitic propaganda. Letting him play signaled to the public the Nits didn’t think it was a big enough issue until they had more information. Essentially it means they don’t know how to take charge of their organization.

It’s inconceivable how Joe Tsai became a boss when his word doesn’t mean anything.  Supposedly he was going to have Steve Nash and Sean Marks’ backs, but one of them was already sacrificed on the altar of a poor start of the season.  Nash was canned and Ime Udoka, the man, the Boston Celtics, suspended for an inappropriate relationship, has emerged as a strong front runner.  The Celtics weren’t clear on nature of the improper relationship.

It isn’t fair to Brooklyn’s women and Jewish fanbase how they have handled these matters.  Irving’s views, which were backtracked, are, at best, dangerously misguided and, at worst, intentionally cruel.

Fact: Kyrie didn’t even apologize.  The best he could do was say through a press release, “I am aware of the negative impact of my posts towards the Jewish community, and I take responsibility.  I do not believe everything said in the documentary was true or reflects my morals and principles…”

Then on Thursday, when he was asked by a scrum of reporters about the joint statement, Irving wouldn’t answer if he was apologizing.  When peppered by ESPN’s Nick Friedell on if he has antisemitic beliefs, all he could say is that he embraces all walks of life and he couldn’t be antisemitic because he knows where he comes from.

I’m glad he said, at least on the record, that he doesn’t share every view of the filth he endorsed.  It shouldn’t be swept under the rug that the book the film is based on despicably denies the Holocaust.  The “documentary” itself promotes garbage from Adolf Hitler too.

There was no “I am sorry” in Irving’s statement.  How remorseful can this pointless contrarian really be?  Forgive me if I am a bit suspicious of his intent to soothe the emotions of observers.  He hasn’t earned the benefit of the doubt to say the Nets didn’t pressure him into doing this.

Before the Nets, Irving and the ADL released their joint statement, insufficient press releases were made public by NBA Communications and the NBA Players Association.  Neither of these declarations named the problem:  Irving.  Instead, they said the bare minimum.

NBA Coms said, “Hate speech of any kind is unacceptable…”

The Players Association said, “Antisemitism has no place in our society… We will continue to work on identifying and combating all hate speech wherever it arises.”

The NBPA’s statement is BS.  Irving is still incomprehensibly a vice president of their union.  One of their own validated bigotry, and they didn’t hold him accountable.

Imagine if NBA personnel were held to the same standard people outside of sports are.  It was just 16 months ago that Google fired Amr Awadallah over his antisemitic views.  In 2020, Beverly Hills police chief Sandra Spagnoli was forced into early retirement after lawsuits alleged racism, antisemitism, and harassment.  In 2019, the Palm Beach County school board fired principal William Latson from Spanish River Community High School because he wouldn’t acknowledge the Holocaust as factual.

Irving is fortunate he still has a gig in the NBA, but this is the last year of his deal.  Even before this nonsense, I couldn’t imagine any team outside of the Lakers soliciting for his services owing to the fact that he’s overpaid and undependable.  This latest headache is the icing on the cake.

As for Udoka becoming a front runner, he has an adequate understanding of the game and has earned respect on that front.  It’s evident by the fact that his Boston team managed to claim the second seed after a poor start to the season and came two wins away from a title.  But a coach is supposed to be a leader of a group.

His conduct was unbecoming of a teacher, and it remains to be seen the ultimate impact of how the mess ended in Boston.  It’s no secret that athletes and their colleagues fool around.  I am not excusing that wicked behavior, but you shouldn’t be untrustworthy at work.  Udoka couldn’t follow protocol and reportedly sent more inappropriate messages to other women in the organization.

The Nets considering Udoka makes it clear that winning is a priority over keeping a respectable workplace environment.

If he gets the job, good luck to Udoka dealing with Irving.