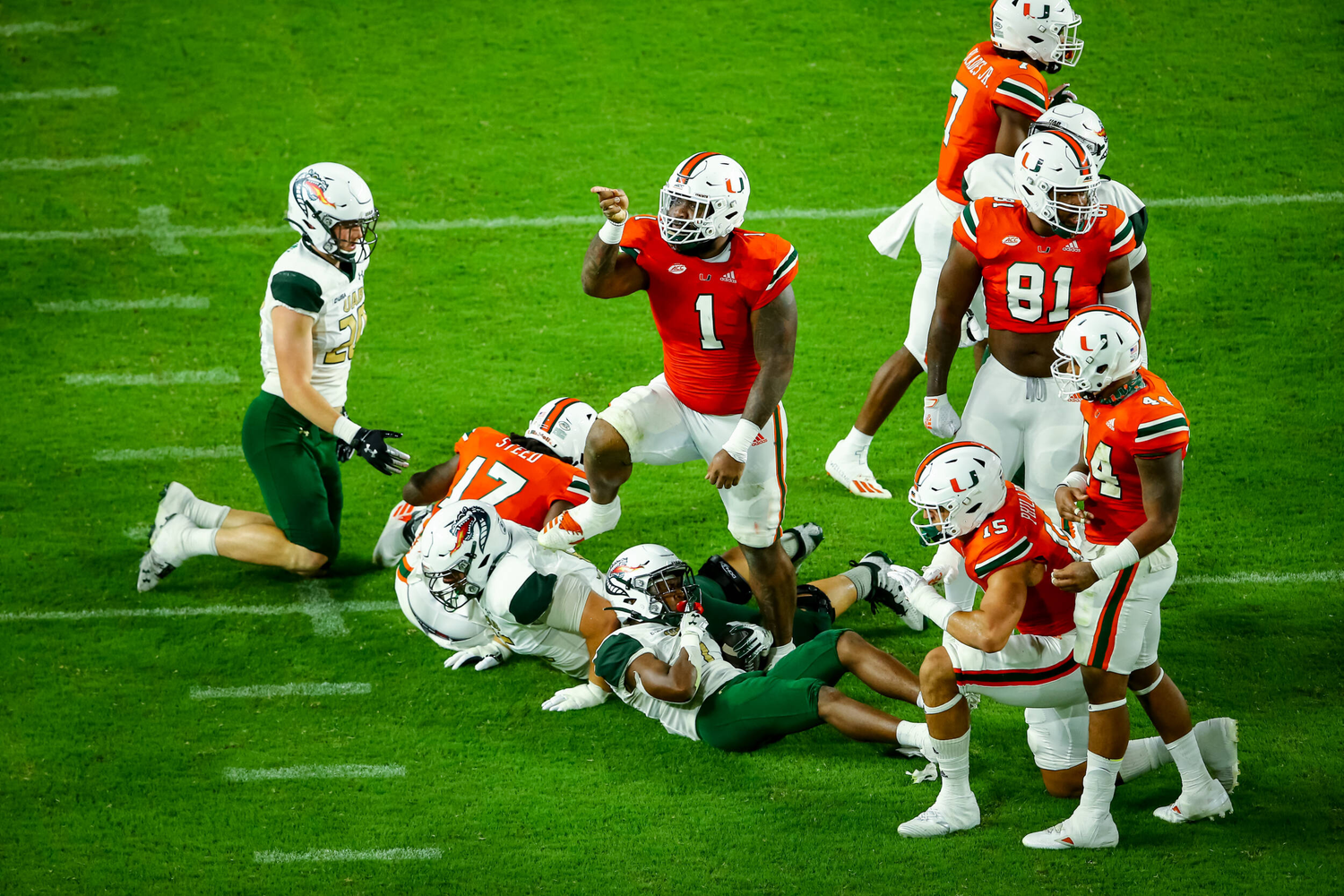 The Miami Hurricanes opened the 2020 season with a 31-14 victory over UAB in front of just over 8,000 fans at Hard Rock Stadium.

Finally, at long last, the Miami Hurricanes appear to have found the answer at the most important individual position in sports.

Miami QB D’Eriq King looked like his 2018 self last night against a very good UAB defense.

His mobility makes the Hurricanes a dangerous team ⬇️ pic.twitter.com/6FmRVtQDMS

The stat line for King doesn’t tell the whole story, as he finished 16-for-24 for just 144 yards and a touchdown through the air. What stood out immediately was his athleticism not only outside the pocket, but also under duress in it.

The D’Eriq King show has arrived in Miami🍿

He did miss several throws, including what would have been an easy touchdown to Jeremiah Payton.

His decisiveness when pulling it down is uncanny, and when he is in the open field his ability as a ball carrier shines.

For the night he finished with 12 carries for 83 yards and a touchdown, with a long rush of 31 yards.

King looks like the real deal and will only get better with each passing week.

Miami’s Backfield is Going to be a Problem

Speaking of the running game, the Hurricanes showed right away that their backfield is going to cause a lot of defensive coordinators to lose sleep.

Harris was a force to be reckoned with and set the tone for a balanced offensive attack, finishing with 17 carries for 134 yards (7.9 YPC) and two scores.

Miami offensive coordinator Rhett Lashlee leaned heavily on the running game as the Hurricanes ran the ball 52 times for a staggering 337 yards.

Harris was not alone as Miami’s highly touted freshman tandem of Jaylan Knighton and Don Chaney Jr. combined for 111 yards rushing in their own right.

Knighton and Chaney bring a great change of pace and compliment Harris perfectly, and each should be able to maintain a high level of production when called upon. Miami has a history of great running backs and this group has the talent to leave their mark as well.

The much maligned offensive line for the most part held up against the UAB pass rush and opened huge lanes for the ground game, their continued development will be a big key to the success of the Hurricanes’ offense.

Miami was 7-of-17 on third down for the game which is a welcome sight from an execution standpoint.

UAB opened the scoring in the first quarter after a Mark Pope fumble on a punt return set them up in great field position. Tyler Johnston would hit Austin Watkins for a 16-yard touchdown to give the Blazers an early 7-0 lead. Miami immediately answered on a 66-yard scamper to knot the game at seven, and the Hurricanes would force five consecutive punts to close out the first half.

Spencer Brown did have his moments out of the UAB backfield but he was about the only one as UAB managed only 80 rushing yards total, with Brown finishing with 74 yards of that total. The Miami front seven was disruptive all night, finishing with six tackles-for-loss. However the pass rush wasn’t much of a factor as Quincy Roche managed the lone sack in the game for Miami.

DJ Ivey had a rough game and could not find the football on the opening touchdown, and the Hurricanes did not force any turnovers.

We will have to wait another week for the new Turnover Chain.

All things being said it was an acceptable performance to start the season considering the circumstances. King and the offense will only get better, and the running back corps can control the game when they get ahead. Lashlee wants to have a balanced attack and the run-pass factor with King will give opposing defenses a lot to ponder.

We didn’t even see the best of the Miami Hurricanes in Week 1, and they will have to have to be better when they visit Louisville next Saturday.

However the floor for this team already seems higher than any team since 2017, while the ceiling could be much greater.

Follow @5ReasonsCanes for exclusive coverage of the Miami Hurricanes all season.

Tyler Herro May Be the Future, But Also the Present

Flores, Dolphins once again at the forefront of change
Scroll to top