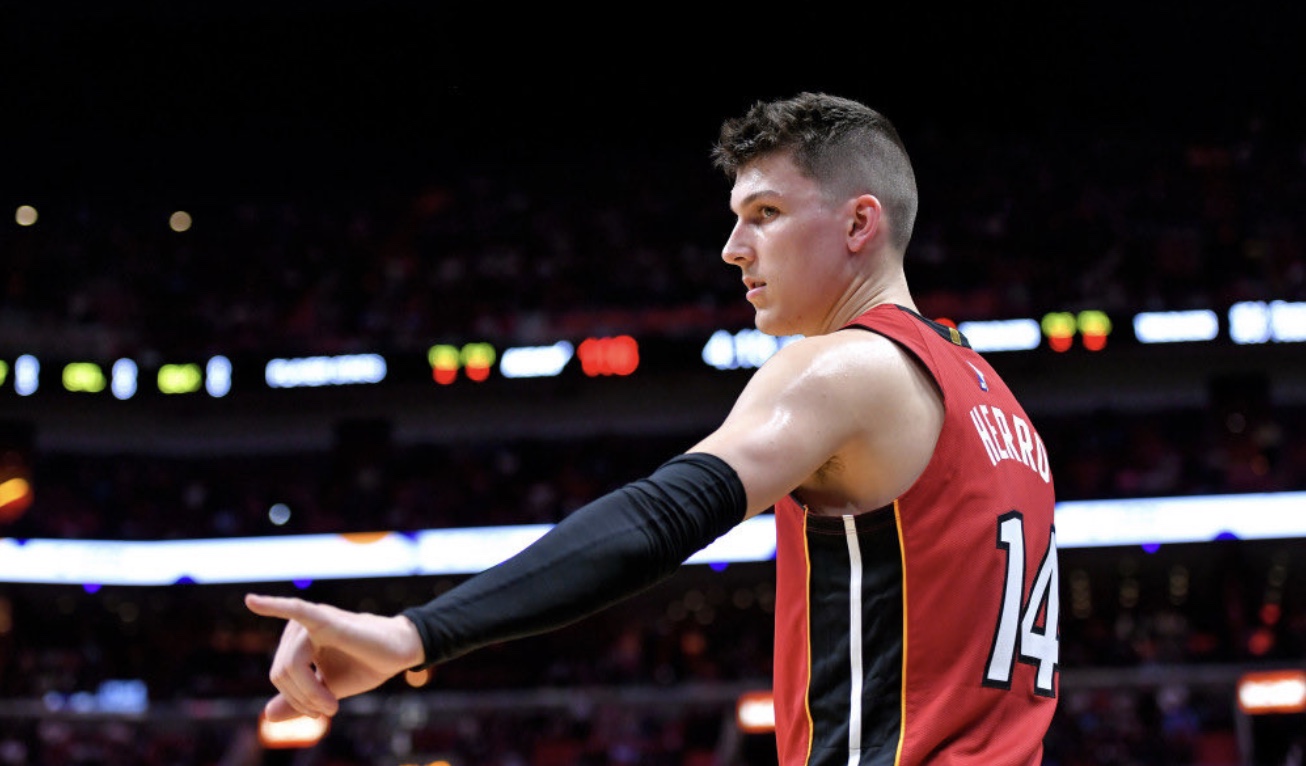 You’d think people would be surprised that a 20 year old rookie is taking over playoff games against the best team in the NBA, but with Tyler Herro it’s no shock.

In the nine playoff games so far, he’s averaging 14.7 points, 4.9 rebounds, and 3.3 assists per game, as well as playing the most fourth quarter minutes on the team. He’s earned the respect and trust from his teammates and coaches the day he put on a Miami Heat uniform, but this playoff stretch has put him on another level.

If you take a look at his outstanding game five performance to close out the series against the Milwaukee Bucks, he pretty much took over. Superstar Jimmy Butler even took a step aside late in the game to let Tyler do what he does best. But that’s because Tyler Herro truly lives for these moments.

While many guys would probably hide in the corner in those situations, Tyler makes sure to go and get the ball at the top of the key, to put Miami in a position to make a play. And now that he’s added so many more dimensions to his offensive package, it makes him even more lethal.

Goran Dragic deserves some credit for the development of Tyler as well, since he’s added a bunch of Goran’s moves to his offensive play. This includes the patience on the pick and roll, the floater around the rim using the backboard, and even uses that off hand push off to his advantage that Goran has done is whole career.

If you take a look back at people’s perception of Tyler Herro early in the season, they’d probably start by saying he’s a natural scorer. Which he is, but if you asked every Heat player on the roster to describe  Herro, they’d name at least three things before speaking about his scoring.

Duncan Robinson spoke about the elite play of Tyler Herro in the postseason a couple days ago, which he said that his play-making abilities stand out to him more than his scoring. He also talked about his natural feel for the game, which he can read different situations in the game.

Duncan Robinson on Tyler Herro, “His confidence is special for sure, but the area he’s grown a lot is his feel…The best is yet to come with him.”@5ReasonsSports

Herro has also put up similar numbers in his first six playoff games to Heat legend Dwyane Wade. And it seems as if Dwyane approves of Tyler’s outstanding play as of late.

He also has a beneficial match-up in the next round, with an expected Boston Celtics series. He’s played well against Boston this year, and that was when Marcus Smart was coming off of the bench to try and stop him. But with Gordon Hayward out and Marcus Smart entering the starting lineup, it just looks better and better for Tyler Herro. Miami will be looking to him throughout this series even more than the Milwaukee series, since there’s a clear advantage right there.

And now, here we are. The Eastern Conference Finals. Jimmy Butler and Bam Adebayo leading the way, with Goran Dragic being the unstoppable offensive force that he is. But, now it’s indeed Tyler Herro time.

Tyler Herro may be the future of this Heat team, but his time is now. He doesn’t need a rookie of the year trophy to cap off his extended rookie season. He’d rather take the Larry O’Brien Trophy, and it’s closer than ever.

Brady Hawk can be found at @BradyHawk305. If you’d like to sponsor this or other content, reach out to FiveReasonsSports@gmail.com